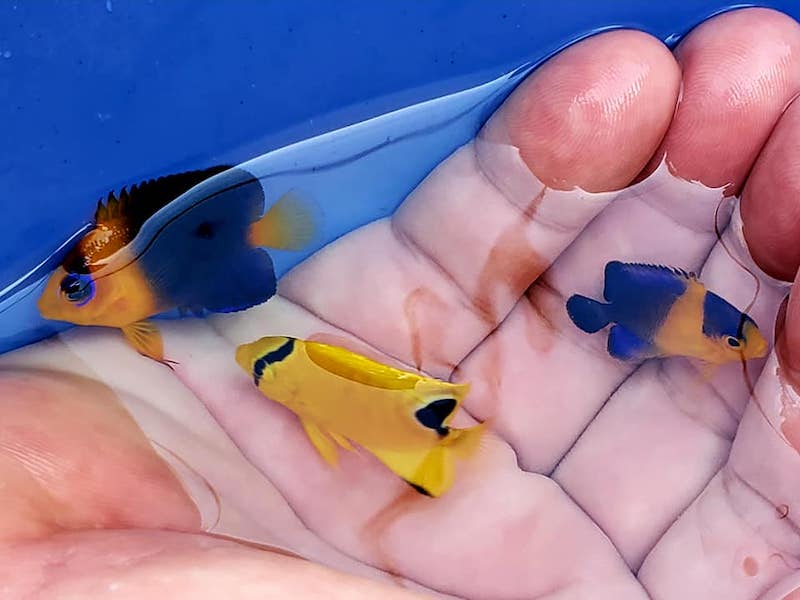 What is particularly exciting about these captive bred joculator angelfish is that maybe, for once the cultured fish have a chance of being price competitive with wild caught specimens. There’s not too much variability in the captive breeding protocols of most pygmy angelfish, some specimens do have much longer larval duration periods, increasing cost and reducing survival. 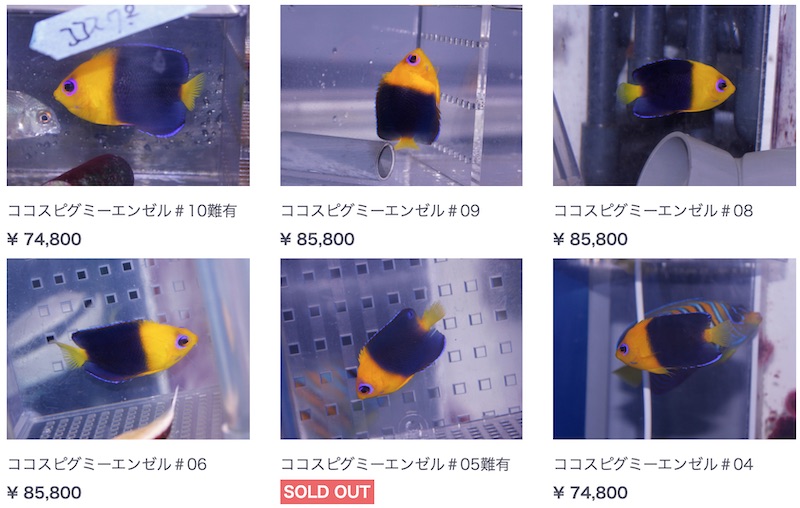 A selection of wild joculator angelfish from our friends at Blue Harbor Japan, with prices ranging from $680 to $800.

Depending on the species the cost of captive bred pygmy angelfish is usually a modest premium over their wild counterparts but since wild joculator angelfish already sport an average price fo $600 to $900 depending on size and the regional market. It’s still too early in Bali Aquarich’s joculator breeding program to know how these will price out – surely the initial specimens will fetch a novelty premium.

But if Mr. Su and his team manage to raise joculator angelfish in good quantities, it’s entirely reasonable that they could undercut the price of wild Centropyge joculator, democratizing the access to this rare and unusual species for a broader saltwater aquarium audience.

A Tour of Fishland Aquarium Store in São Paulo Brazil

What Makes a Saltwater Aquarium a Reef Tank?