A Tour of Fishland Aquarium Store in São Paulo Brazil

Fishland is one of São Paulo’s oldest Saltwater Aquarium store. With over twenty years of experience and fourteen years in their current location, Fishland is a beacon of knowledge and inspiration for the reefing community in Brazil.

We had the opportunity to meet up with Ricardo Rio, owner of Fishland and had a tour of his aquarium store. Riccardo started out, as most of us do, a coral aquarium lover who turned his hobby into a business. Fishland is now a reefing fixture in São Paulo supplying freshwater fish, marine fish, and corals, as well as a diverse selection of aquarium equipment, supplements, foods, and accessories.

The Fishland store features a sparkling showroom with two saltwater tanks and a handful of freshwater and planted aquariums.  The smaller of the two reef tanks quickly tops my list of favorite tanks! We’ve always dreamed of having a green star polyp reef scape and this was the first tank that greeted us at Fishland. 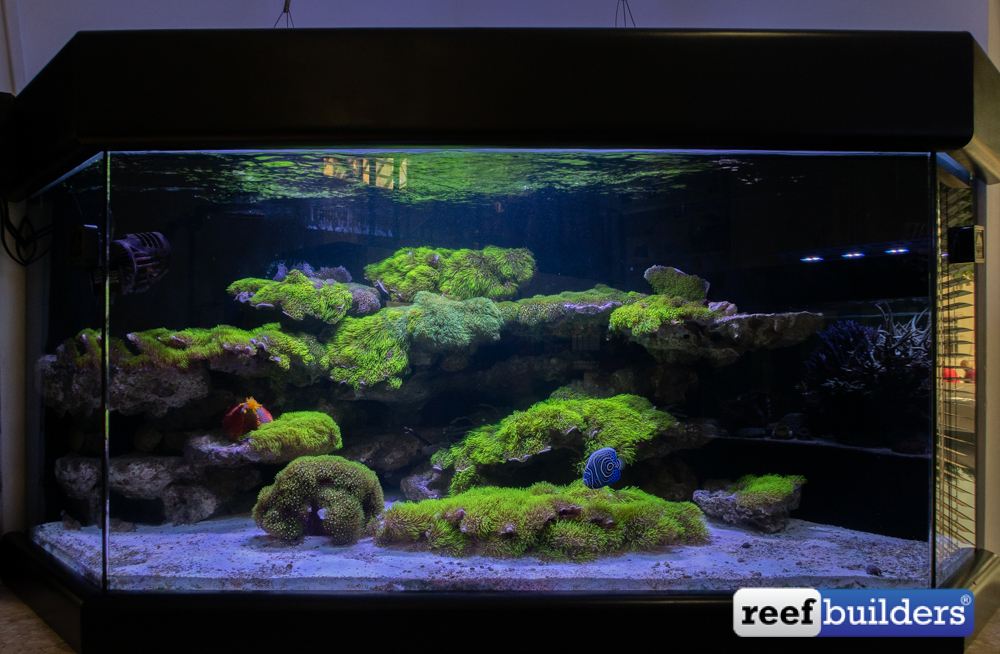 The green star polyp tank was simple in its design having rockwork glued to the back wall as well as rocks stacked together forming overhangs and caves.

Throughout our tour Ricardo pointed out how each of his tanks, both fresh and salt featured small caves, asignature in his aquascaping designs.

Besides my attraction to the simple yet elegant green star reef tank, there is no denying the eye-catching piece in this room is the 400 gallon, (1500L) SPS reef tank.

The largest show tank is going on thirteen years and features several large Acropora colonies just as old. There are over sixty, yes sixty, species of coral in this tank! Ricardo explains he doesn’t mind these corals growing close together and instead embraces the slow war sculpting this coral reef.

The center of the tank looking from the narrow edge leads your eyes into a cave running down the center of the reefscape. Here you can find a few fish, although this is truly a coral lovers reef tank with only seven fish inhabiting the reef. 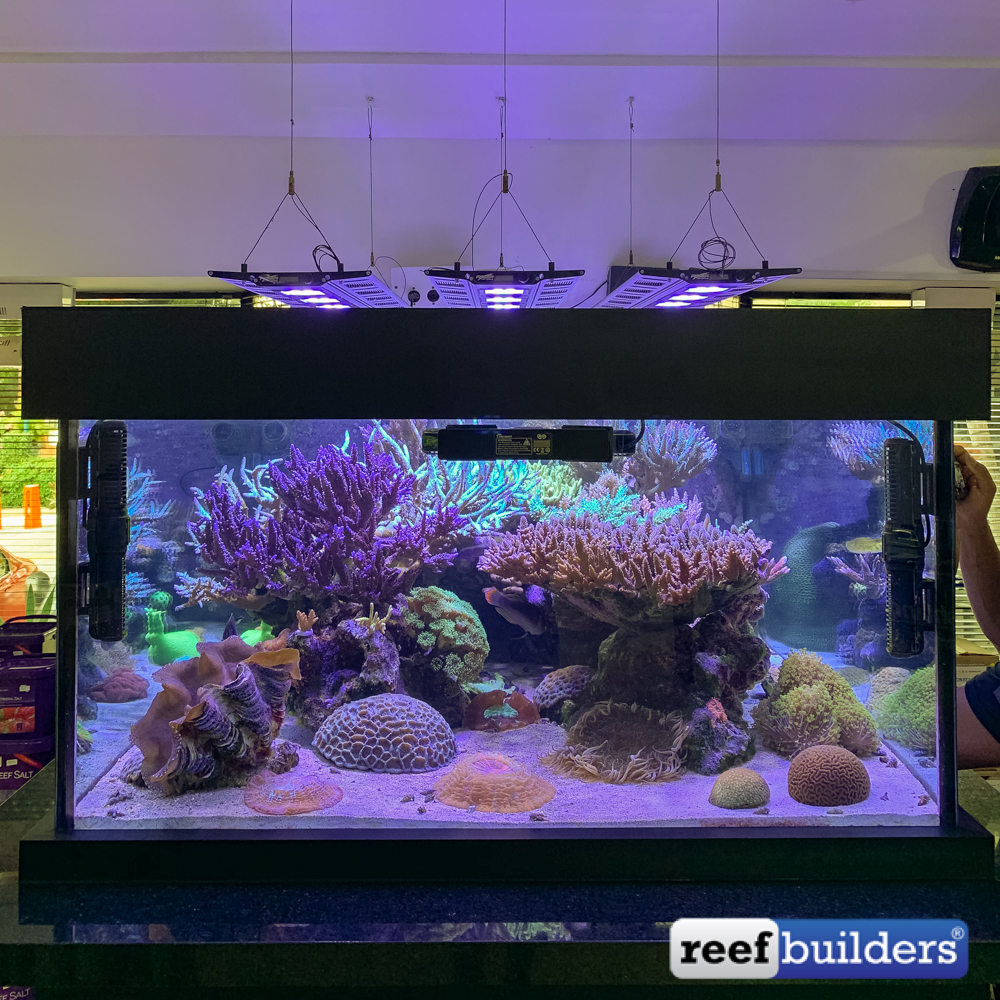 Giving flow to this tank is a number of pumps including three Maxspect gyre, a Tunze powerhead, and a pair of Seio powerheads, a Brazilian pump brand. Flow from the return pump also helps ripple the surface of the water with a custom design lock line outflows on each side.

Lighting up the tank are three Maxspect razor lights, and keeping the corals happy is a Dastaco calcium reactor. Below the tank, you will find a simple vertex skimmer, acrylic sump, and large return pump.

However, the secret weapon of this tank is the implementation of Triton Applied Reef Bioscience. The Fishland reef tank is a showpiece for the Triton method in South America. If this tank doesn’t sell you on the benefits of testing and dosing with Triton then we don’t know what will.

Past the showroom is a saltwater frag room, although as we learned most coral sales are small colonies rather than single branch frags. There are four tanks divided by LPS, SPS, and frags that offer a healthy, and unique selection of coral.

As we looked closer we started to notice little red tags on every colony. It turns out Ricardo labels and tracks all the corals he receives into his shop. They do this to know where each coral comes from, any quarantine process the corals have been through, as well as recording if it has been fragged.

What was really interesting to me is that Ricardo can also record in his system which clients purchase the corals, meaning he can be building up a database of coral species surviving in Brazilian reef tanks, which are slowly disappearing in the wild. 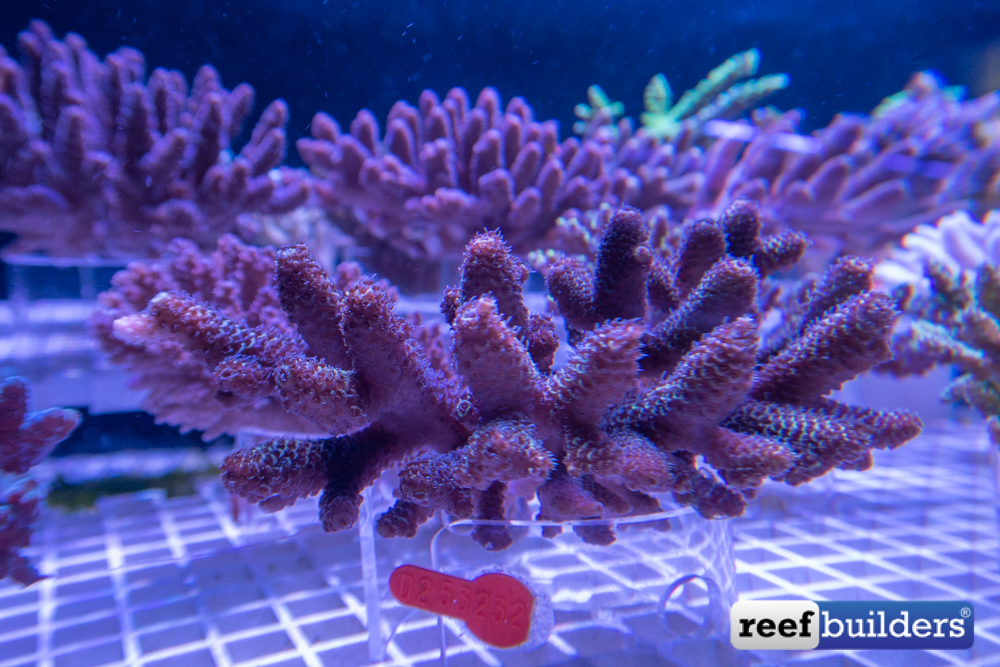 Fishland had far more freshwater fish although they had a few marine fish in store. When we visited they had a few nice wrasses, anthias, and angelfish on display, but Ricardo explained to me, he only likes to sell fish he knows will thrive in marine tanks.

After spending some time chatting to Ricardo it was clear that any hobbyist would be lucky to end up at Fishland and have Ricardo and his team of skilled aquarists guide them along their reef tank journey.

Their philosophy is to provide quality products and advice to their customers setting them up for success. We really appreciate this approach to reef keeping. And, while the fish here might cost you a couple of bucks more, the advice and service you will get are most definitely worth it.

It’s great to find a shop like Fishland at the heart of a growing reefing community in São Paulo Brazil. With guidance and advice from the Fishland staff, the reef aquarium hobby in Brazil will continue to grow and produce more incredible reef tanks for us to admire.