The ‘Fiji’ Yellow Leather is a living conundrum of a coral that is readily available in the hobby, but somehow also seems a little inaccessible. Contrary to most leather corals, there is a consensus that this yellow toadstool coral is the species Sarcophyton elegans, and can be recognized by more than just its coloration. 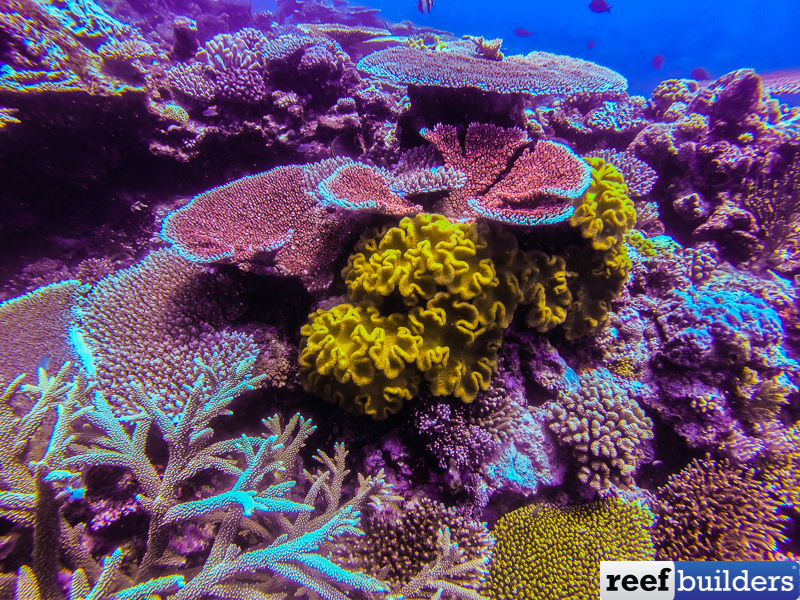 In addition to its bright yellow crown or ‘capitulum’ and short yellow polyps, compared to other Sarcophyton toadstool corals S. elegans is highly undulated or frilled at the edges, somewhat foregoing the typical fungus shape. This undulated edge imparts the yellow toadstool coral a lot more surface area than a typical toadstool which helps it to withstand the very high flow and light that it prefers from shallow water reef environments. 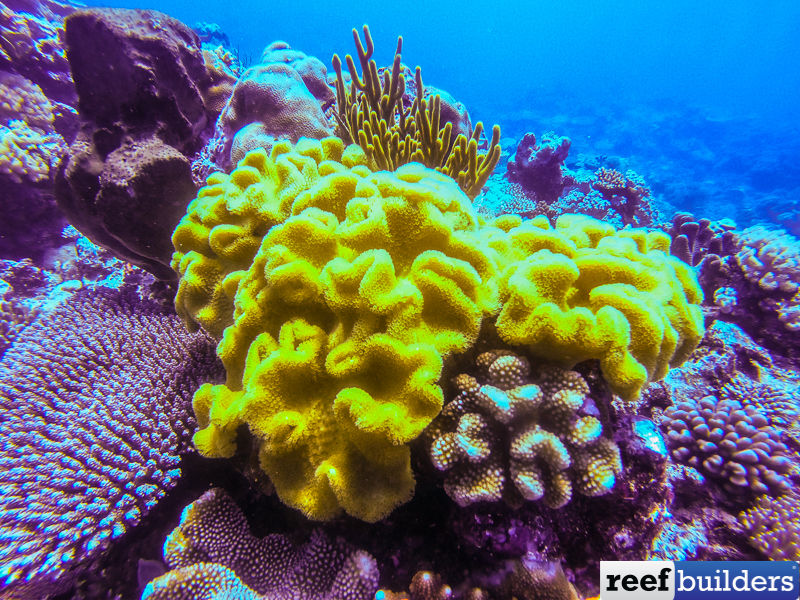 Once upon a time this bright canary yellow soft coral was known almost only from Fiji, although it does occur elsewhere it really is most abundant in clear, open ocean reef environments. Because of this habitat preference the yellow leather coral is much more like an SPS coral in its needs as well as its captive care, requiring high light and high water flow to survive let alone thrive in an aquarium. 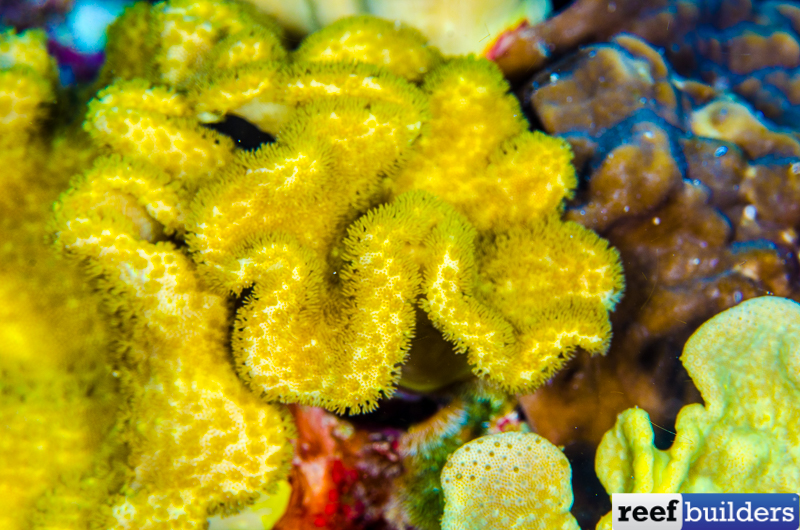 We’ve been trying to add a nice thriving colony of bright yellow Sarcophyton elegans to our coral collection for years and we may have managed to keep them alive, but haven’t yet succeeded in really growing this coral and maintaining its bright yellow coloration. To be honest we’ve only seen one super bright colony of this yellow soft coral in a captive aquarium but it was way back in the days when metal halides were the dominant form of bright reef aquarium lighting. 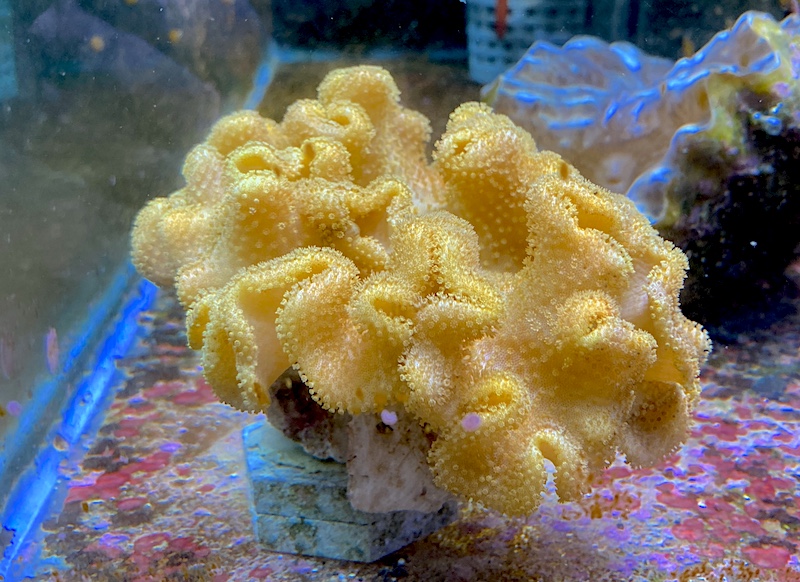 Very recently we acquired one of the brightest and healthiest true yellow toadstool leather corals we’ve seen in a long time from Eye Catching Coral and are hoping for the best. We’ve got this nice large frilly colony in a perfect placement to receive plenty of strong, upwelling water flow as well as bright, broad spectrum lighting surrounded by other large thriving Sarcophytons.

We’ll be doing everything we know how to keep this coral in tip top condition because the yellow fiji leather coral can be very challenging, but it’s well worth the effort since no other coral, hard or soft, can offer the bright golden yellow color of this species.

Mantis Shrimp Are Masters At Seeing And Controlling Light