As we kick off the new year and take stock of how the Reef Builders Studio is coming along, we are very pleased with how the coral population has grown but we are certainly light in the fish department. There’s probably around 1000 corals throughout the 16 displays but we counted ‘only’ 130 fish of varying sizes. A hundred fish sounds like a lot but we have room for so many more and so we started a list of rare and common fish we’d like to see swimming around the studio.

But before we go and place orders for most of the fish we want, we did some reflecting on our fish acquisition experiences over the last two years to identify which fish have lasted, those that haven’t, and for the fish that we are currently enjoying it wasn’t always smooth sailing for each one. Just because we have the setup and the knowledge to properly condition and quarantine marine fish, that doesn’t take away from the effort involved and it’s not always a sure thing.

When we receive fresh wild fish we always feel a certain degree of ‘disruption’ in our day to day fish watching – sometimes it’s very exciting but other times it’s really quite stressful! With this observation in mind we decided to identify which fish in our collection have been the most enjoyable and why. It turns out that three of our favorite fish, the aberrant dottyback, the rainbow basslet, and our pair of Tinker’s butterflyfish were all received from TSM Aquatics.

It’s no coincidence that these fish have thrived at the Reef Builders Studio because TSM really goes the distance to provide robust marine fish, thoroughly quarantined and voracious consumers of prepared aquarium foods. Abby the ‘aberrant’ dottyback was the first fish in the Reef Builders Studio and it’s still here, enjoying aquarium life more than two and half years later.

We got this dottyback before we had any supporting equipment to setup a quarantine tank or system and this Pictichromis was our first experience with fish from TSM Aquatics. At first we thought these kinds of dottybacks were simply aberrant but over time we’ve come to believe that these are most likely a hybrid between Pictichromis diadema and P. porphyrea. 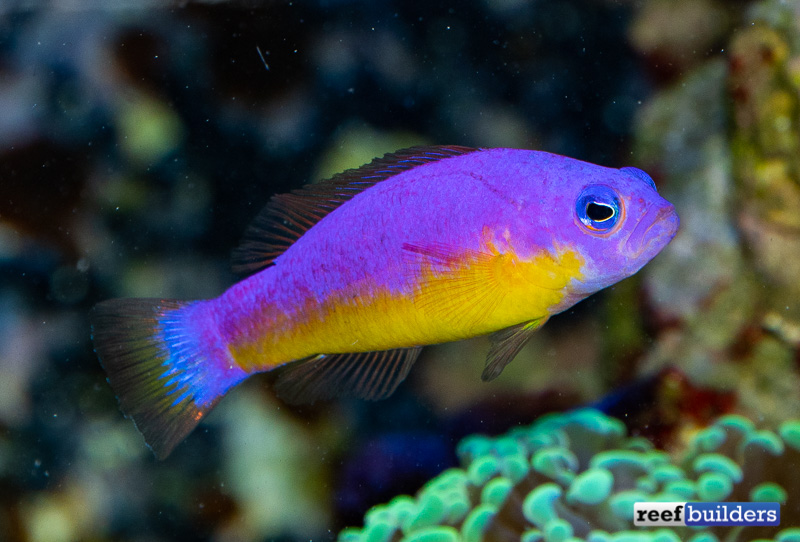 The half and half purple and yellow coloration seems to be a logical blend of the mostly yellow, purple cap dottyback and the solid purple dottyback. Regardless of its pedigree, our unusual dottyback has been a very fun fish to keep and watch and we are very glad to still have the founding member of our fish population at the Studio.

The tinkeri butterflyfish was one of the first so-called rare and exotic fish we learned about in the mid nineties when we were just a teenage aquarist. In our minds this iconic black and white reef fish from deeper waters of Hawaii was always emblematic of an exotic saltwater fish, so we were thrilled to receive a pair of Chaetodon tinkeri to kick off our collection of showy fish. Being a somewhat more demanding fish we didn’t want to take the risk of acclimating or pairing this fish up ourselves but were stoked to receive these two butterflyfish from TSM Aq1uatics.

We started this pair in a six foot reef tank and while they did very well, they did eventually start picking at some of the fleshier corals, resulting in their relocation to the fish only aquarium. Butterflyfish are notorious for being harder to feed in aquarium settings but while these two Tinkers initially only preferred frozen foods such as mysis and brine shrimp, they quickly took to eating pellets which they now consume with gusto. 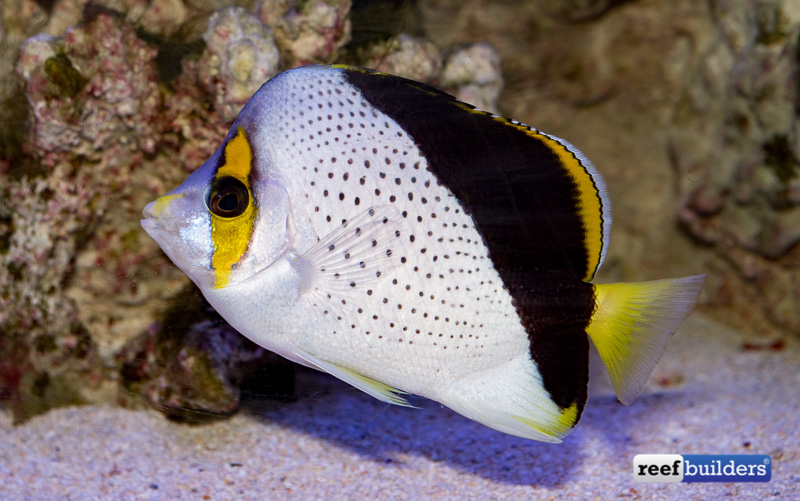 The rainbow basslet is a species that we’ve long had a soft spot for. Our first initiation with species in the Liopropoma genus was with the Caribbean wrasse bass but the East Pacific rainbow basslet is arguably more attractive and colorful. While they are initially shy, given some time and a proper environment these fish become very bold and are quite personable and very inquisitive. We kept the rainbow basslet in a large reef tank for a long while but opted to relocate it to the main fish-only display so that its rainbow of colors could be more easily enjoyed in the broad spectrum lighting of the fish aquarium.

While we do have our own quarantine and conditioning system, this wasn’t always the case in the early days, and other times we already had a ‘set’ of fish in QT that we didn’t want to interrupt. In each of these scenarios we had absolute faith in TSM aquatics to thoroughly quarantine the fish they offer because we know that don’t just go through the motions of the most basic quarantine. 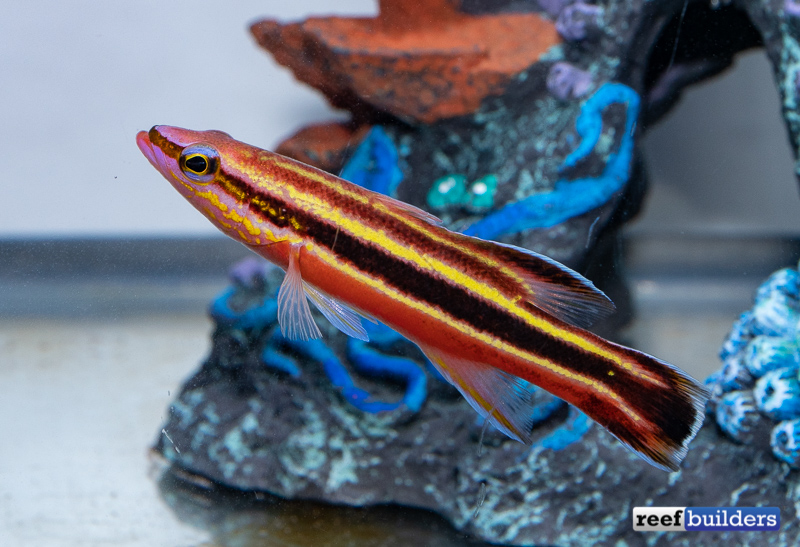 At its most basic a quarantine of saltwater fish consists of two weeks in an antiparasitic copper solution to combat the most common fish disease, ich, but this treatment is rudimentary at best and very easy to make mistakes. Some of the larger more showy fish such as angelfish and butterflyfish often harbor flukes which are indifferent to copper in the water, and low level bacterial infections can linger for a long time before becoming life-threatening to fish.

What we really appreciate and respect about TSM Aquatics is that they verify the health of their fish not only with vigorous visual inspection but also with examination of fish scrapings under a microscope by trained professionals. Far too many fish stores rely on their customers ‘dump and hope’ approach to adding fish to their aquariums and if you have to replace a fish even once, you might as well pay a higher price for a higher quality fish with a certified bill of health in the first place.

The aquarium hobby is already under close scrutiny for how many fish are harvested from wild reefs, so the more we treasure and nurture every fish we bring into our homes, the fewer fish will have to be removed from the natural environment.

Nothing Rivals the Tunze Wavebox For Real Oscillating Wave Action