The complex biochemistry of any microbial group cannot be reduced to a single compound or molecule but simply stated, Purple Non Sulfur Bacteria take “stuff” from the water and transform it into nutritious “bits” that all filter feeders can benefit from. The Reef Aquarium Vol. 3 mentions Purple Non Sulfur Bacteria and speculates that these might be a valuable food source in aquaria and might be one of the food sources that nourish difficult non-photosynthetic soft corals like Dendronephthya on wild reefs. 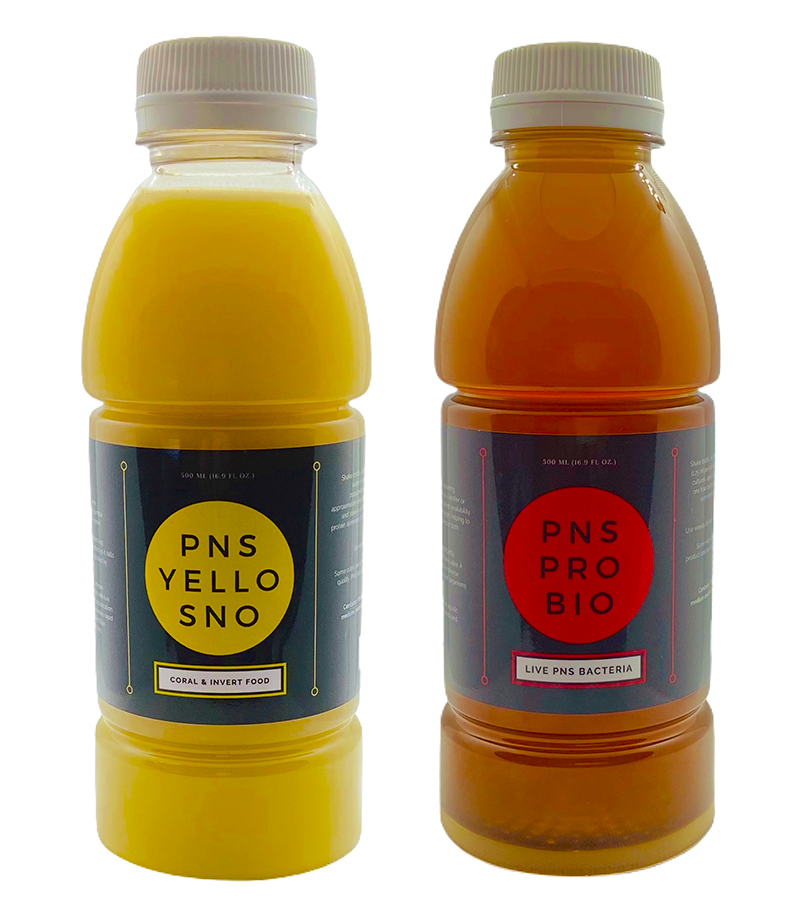 Hydrospace makes a couple different blends of Purple Non Sulfur Bacteria including PNS ProBio and PNS YelloSno – the former can help with microbial processing of nutrients which in turn serve as a coral food, the latter mimic naturally occuring marine snow, a natural food of the marine environment which has yet to be replicated for the aquarium hobby.

We have the utmost confidence that well studied groups of PNS undoubtedly have a beneficial effect on natural reefs and the corals that live there. For all their accolades we still believe that a direct positive effect on our reef aquariums and a nutritious impact on aquarium corals still has lots of room to be demonstrated. Despite our trepidation about new coral foods which usually consist of little more than flakey dust, purple non sulfur bacteria have a lot of promise to fill a gap in coral nutrition that is significantly different from regular phyto and zooplankton and we for one are very eager to try it on our own corals.