Candy coral is one of the most underrated corals in a reef aquarium and can handle almost anything you throw at them, and they look good while doing it. These large polyp corals of the Caulastrea and Astraeosmilia genera can thrive and grow quickly in very bright light and strong water flow but they can still manage to look really nice and thrive in very calm water and dim lighting.

The highlighter neon green variety of candy coral has probably been a reef aquarium top 10 coral for decades and for good reason, but we recently added a novel color morph to our collection that we had never really noticed before. This two-tone Caulastrea is an attractive jade green over most of the polyp with a brighter mint green looking mouth which isn’t quite as fluorescent as the classic neon strain, but the combination of the two greens makes for a very interesting puffy LPS colony. 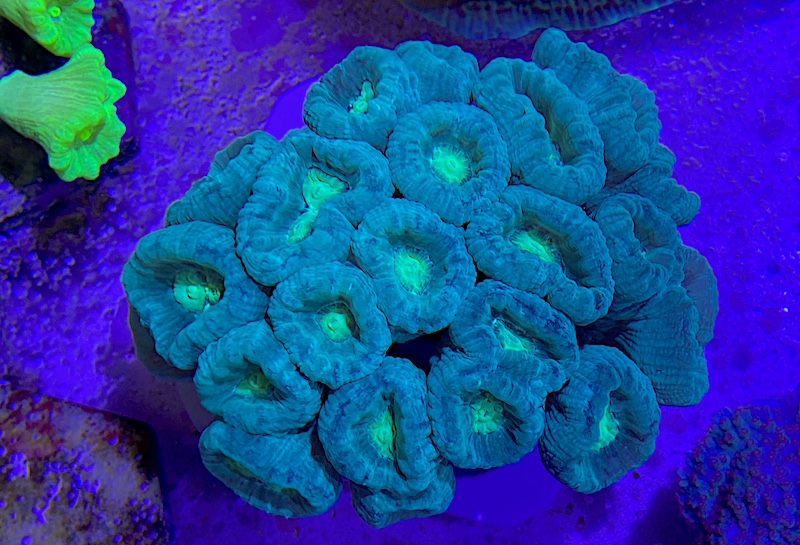 We believe that this strain has probably been around for some time because the colony of two-tone candy coral we acquired was one of several that were grown out by a local reefer and traded in to our LFS (big thanks to Murrman’s Reef for the nice polyps). This double combination of green is more on the subtle side as far as coral colors go which doesn’t really stand out except in really ideal poly-blue aquarium lighting which is probably why we hadn’t really noticed it until now.

Furthermore the two shades of green of this actually coral actually stand out more in full spectrum lighting than a full actinic spectrum so you’re less likely to notice it in a small frag that is saturated in blue light. There’s actually a lot of diversity among the various Caulastrea and Astreosmilia candy corals and there’s probably some other versions of this two-tone green candy kicking around the hobby that we’ll be more diligent about examining colonies and frags we encounter in the future.

We know that this particular coal variety is more subdued than the retina-burning strains and specimens that tend to make the most noise in the headlines but we thought it’d be a nice change to spotlight a unique coral that is more nuanced than usual because reef aquarium corals need some supporting actors, it can’t be all superstars and diva coral strains all the time. 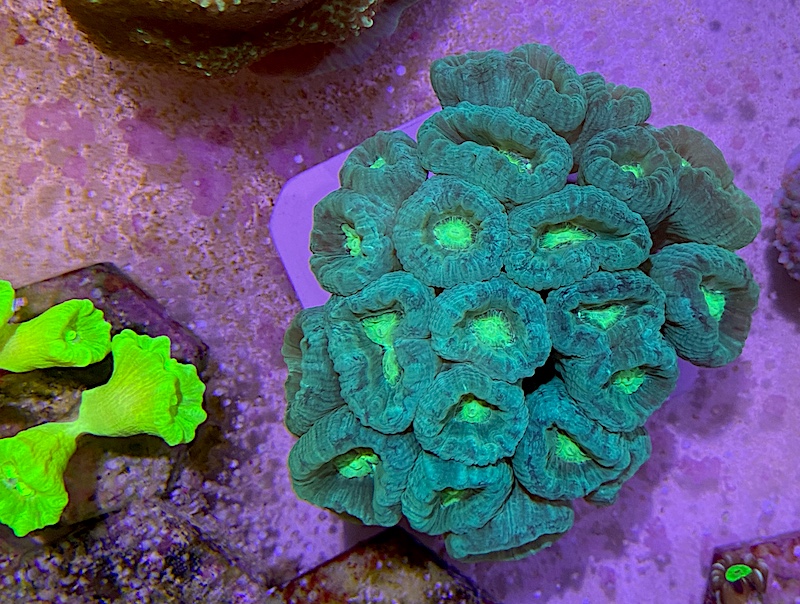 10 Things to Know About Calcium Reactors