Besides the common royal gramma, the rare candy basslet is one of the unquestionable jewels of the Caribbean sporting one of the nicest combinations of colors and patterns. However one particularly vivid candy basslet decided it was going to outshine the other Liopropoma carmabi by foregoing the black margins that usually outline its dorsal and caudal fins.

One thing we can say about the different Liopropoma basslets is that they are very conservative in their colors and patterns, not prone to aberrations like we see in the dottybacks or angelfish. That’s what makes the brighter, lighter specimen recently acquired by Dynasty Marine of special interest, and a real oddball among a species of basslet that nearly always look like they came from the same mold.

The only other variations we’ve ever documented among candy basslets are the redder specimens that are sometimes found in Bonaire, but the color of those fish is believed to be the result of a different food source stimulating the red coloration. This hypothesis is supported by a number of long term aquarium specimens have developed a stronger redder coloration in captivity after being fed a steady diet of aquarium foods rich in astaxanthin.

There still remains a trace of black in the tail and eyes of this specimen which would be mostly described as ‘hypomelanistic’ and it would make a great candidate for a captive breeding program to dabble in this ‘vivid’ color pattern. However this highly desirable color morph has already been sold to a collector in Asia where we hope it will be enjoyed by its new owner, and we’ll keep a lookout for any more special candy basslets in the future. 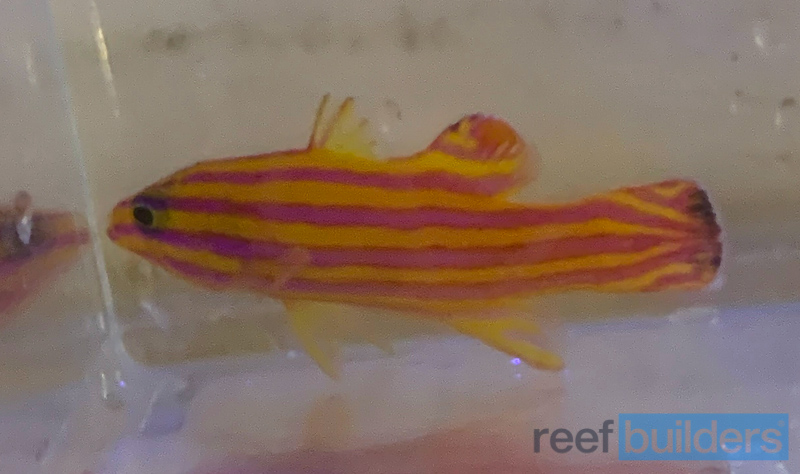