Bulk Reef Supply is the largest online saltwater aquarium retailer in America, Neptune Systems is the largest manufacturer of aquarium controllers and accessories, and now these two companies are joining forces, talent and resources under a common umbrella. It’s no secret that Bulk Reef Supply has been a big fan of the Neptune Systems brand, promoting and gushing about Apex controllers and compatible gear above many others for the last few years and now the crush has been elevated to full blown marriage status.

While Bulk Reef Supply works with many different manufacturers and educates their customers on a very broad catalog of different products, the BRS team has lofty ambitions of bringing many of their own ideas to market in the form of new and innovative products. Last month’s purchase of Marine Depot brought the AquaMaxx skimmers and LED lights under their control so the new acquisition of Neptune Systems will round out their in-house catalog of reef aquarium gear into a fully fledged and diverse ecosystem for everything that a reef tank needs.

Flush with cash from their major investment by Bertram Capitol and with a deep database of customer purchases and preferences, Bulk Reef Supply certainly has the deep pockets to create some exciting new products. These future prospects aside, there’s certainly a degree of well deserved apprehension coming from retailers of Neptune System gear and makers of competing products that Bulk Reef Supply also sells.

We’re certainly curious to discover how BRS plans to walk the tightrope of selling Profilux next to Apex controllers, or how they will convince retail stores that continuing to sell Neptune Systems gear – which is now fully owned by their biggest online competitor – is not a conflict of interest. There’s obviously going to be a lot spin coming out of both the Bulk Reef Supply and Neptune Systems camps in the coming days and weeks to encourage users, customers, and the broader community that this kind of merger is going to be a benefit to the hobby. 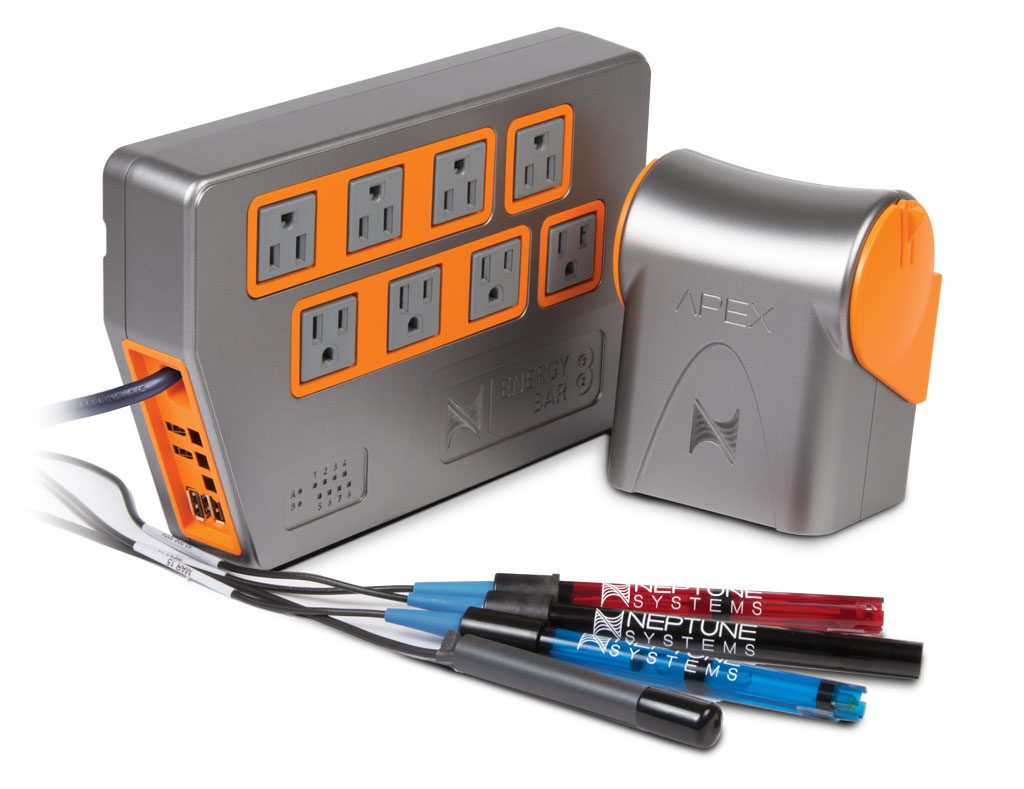 One thing which is sure to change is not necessarily how Bulk Reef Supply does their various product reviews, but how ‘independent’ they are perceived by the public. It’s going to be much harder to take BRS’s messaging about various LED lights now that they own the SKY LED light, it’s going to be taken with a grain of salt when BRS has things to say about Sicce pumps now that they own the COR pump, so on and so forth with dosing pumps, auto top off kits, refugium lights etc.

Fanboys of the Apex ecosystem will absolutely rejoice and anxiously await what the newfound union will mean for the brand, while detractors will argue that the sky is falling since there are very few precedents for corporate consolidation leading to greater things. But in all likelihood the outcome of this new arrangement is likely to fall somewhere in between, with a lot more nuance as to how the new owners of Neptune Systems will move forward in terms of better products, lower prices, technological innovations and so on.

During times of radical change such as this it’s best not to look out for falling skies and to sit back and observe – we’re confident that many promises and very ambitious goals will be set but we won’t really know until Bulk Reef Supply starts to shape the message coming from Neptune Systems. The purchase became official only last week so things are likely to be business as usual for the next several months so perhaps we’ll start to see some movement on the dial by the end of the year but certainly everyone will be watching closely to see what this new purchase actually means for the aquarium hobby at large.

Global container crisis causes price increases and out of stocks