Montipora capitata is a distinctive species of coral which can have a very dynamic appearance depending on where it comes from. This wide ranging Montipora species is one of the dominant stony corals of Hawaiian coral reefs where it is very common but it can be also be found as far south as French Polynesia and as far west as Indonesia and the Ryukyu Islands of Japan.

There are many species of ‘bumpy montis’ with well developed nodules that give the coral a very interesting and the complex texture and uniform ‘verrucae’ of Montipora capitata give it the common name of rice coral. Like many widely distributed corals there is a lot of variability in how this coral can look based on geography but one feature that we love about this coral is that it can develop the three main attributes of different Montipora species – branching, encrusting and plating – all in the same colony! 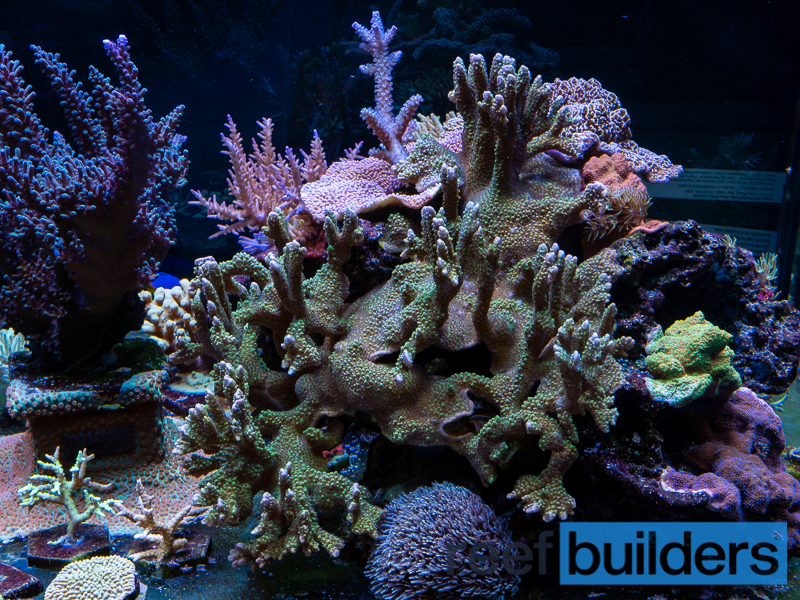 Some colonies might be primarily encrusting, mostly plating, or predominantly branching but in some environments all three growth forms can be expressed within the same colony, even across a range of only a few inches. In very bright light you’ll see Montipora capitata grow mostly as branches, in dim light it will tend to grow into a scroll shape more like a classic Monti cap but there’s an intermediate light level which will stimulate this interesting combination of different Montipora species.

The only catch about enjoying these range of growth forms is that you won’t be able to appreciate it as a frag or a puny colony, but if you give it some room to grow and blossom you’ll be rewarded with an eye catching mass of stony corals. The Montipora capitata rice coral is not intensely colorful as it is usually light brown, sometimes tending towards a more olive coloration, and more rarely a bright green with matching colored polyps which can trend towards blueish towards the branch tips and growth margins. 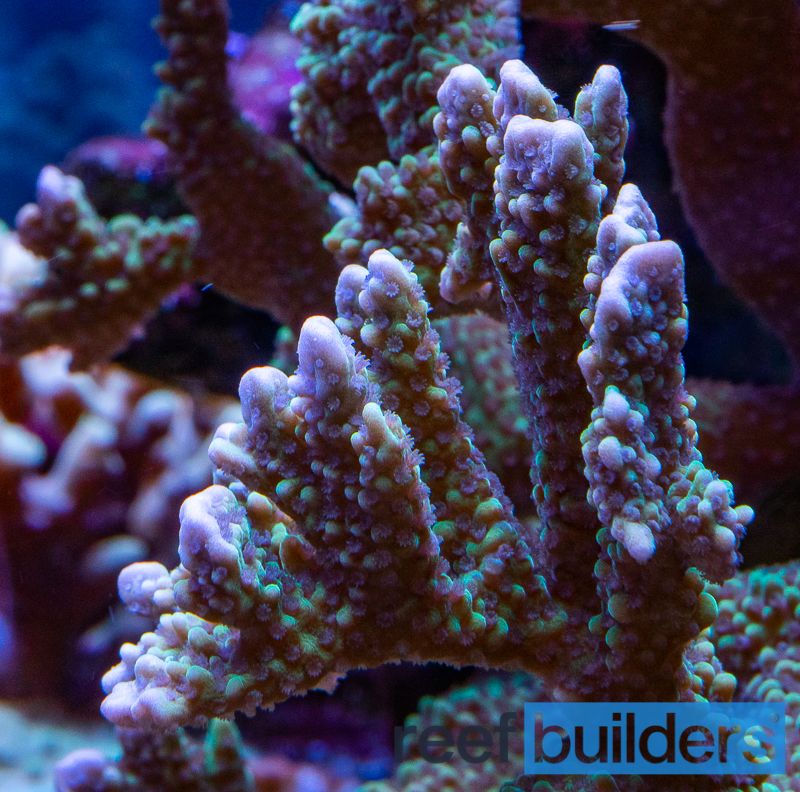 There are a lot of different branching Montipora species but the way that M. capitata develops light colored tips to its branches that are decked out in bumpy nodules can greatly resemble an Acropora, especially as a frag. The bumpy branches of the rice coral are highly reminiscent of the radial corallites of Acropora corals but the lack of a defined axial corallite gives this coral away as a species of closely related Montipora.

While the rice coral won’t win any color competitions, its dynamic growth forms and very hardy nature makes it a very easy aquarium coral and a great starter SPS for a wide range of coral reef aquarium setups. In a tank full of superstar hyper colored coral strains you always need some supporting actors and with its fast growth and variable colony appearance the rice coral Montipora is certainly a classic coral strain to keep an eye out for. 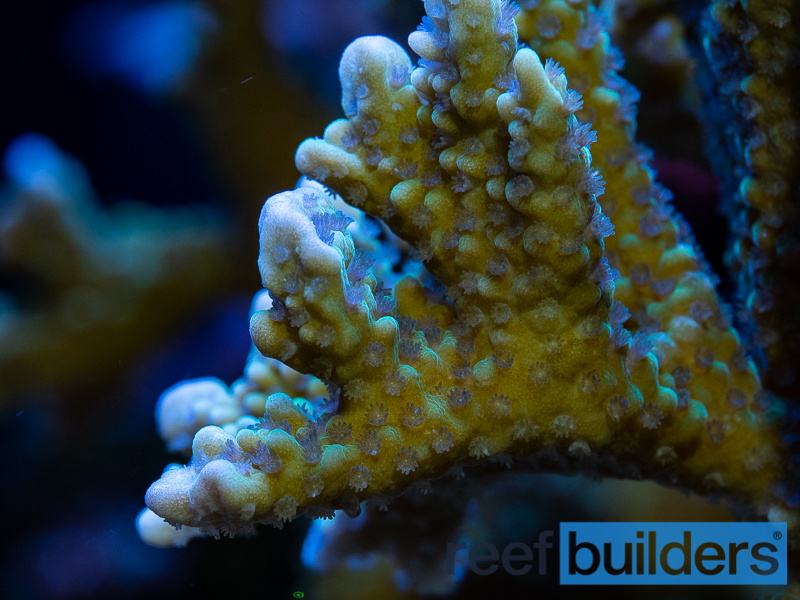