The gem x scopas tang hybrid that RVS Fishworld just showed off may not be the first one the aquarium hobby has ever seen, but it is the first one from Madagascar. Much like the circled dragonet we featured a few days ago, it’s been about six years since we’ve seen a gem x scopas hybrid surgeonfish and this specimen is bigger than the previous two from Mauritius. 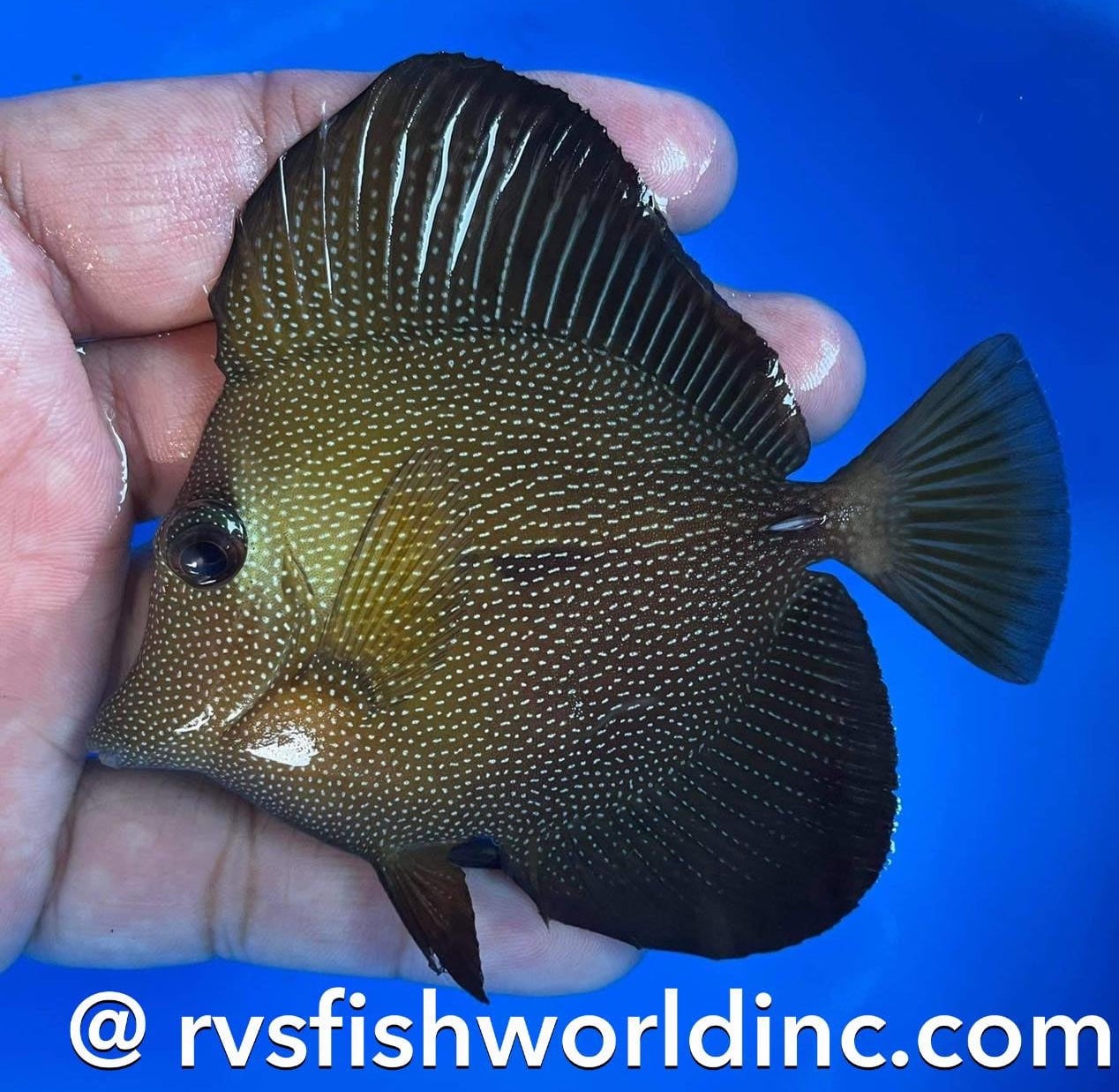 What is most striking about this specimen of gem x scopas hybrid from RVS Fishworld is that with the vast numbers of gem tangs being collected in Madagascar it’s actually surprising that it’s taken this long for a hybrid to be discovered. We see a good number of scopas tangs collected from not-so-near Maldives in the Indian Ocean but perhaps gem tangs are the dominant Zebrasoma in Madagascar and Z. scopas is rare in the areas where Z. gemmatum is most commonly collected.

As far as hybrid or unusual surgeonfish go, the gem x scopas tang is not the most outrageous in its appearance but it’s definitely one of the rarest of the high profile, longnose surgeonfish. If you’re a fan of the Zebrasoma species, this larger specimen is among the most unique and will become increasingly bizarre as it grows larger and matures to an adult size of seven to eight inches or more. No one will ever point out this rare hybrid gem x scopas tang in a busy tank but the connoisseurs will certainly appreciate the unique genetics of only the third hybrid gem tang that the hobby has ever seen.

Starfishes and Other Echinoderms Book Review