We Finally Got Our Hands on the Brazilian Flameback Angelfish

The Brazilian Flameback Angelfish, Centropyge aurantonotus, is one of the two species of pygmy angelfish in the Caribbean but the common ‘pygmy’ angelfish is infinitely more common in the aquarium hobby. This fish looks quite similar to the African flameback angelfish, C. acanthops, and you would be forgiven for confusing the two but they can be easily separated by subtle color differences and where they come from. 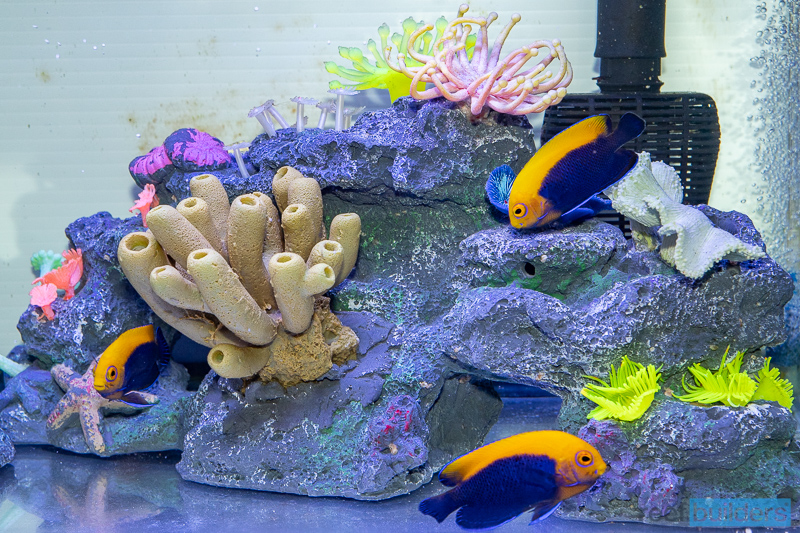 Before we get into the nuances of acanthops vs. aurantonotus we want to mention that there’s no real reason why this fish should be so hard to find other than there’s very little demand for this fish which is usually only exported from Brazil. As a big fan of the Xiphipops subgenus of Centropyge which includes several other mostly blue and gold species we’ve been on the lookout for this particular fish for the last few years and were fortunate enough to finally find them at Sea Dwelling Creatures – Exotic Reef Imports.

The lack of demand for the Brazilian flameback angelfish is partially due to the widespread availability of the African flameback angelfish which is cheaper and much more common but one possible upside is that it might be more ‘reef safe’. Scott Michael describes this species as ‘less of a threat to soft and stony corals’ but you should always be mindful of the potential for any angelfish to develop an appetite for ornamental aquarium corals. 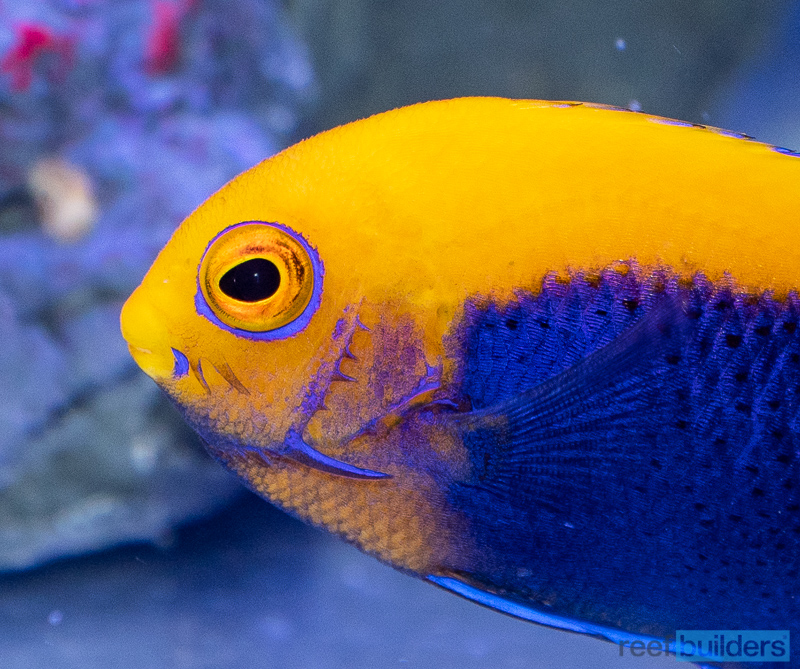 The African flameback angelfish is found only in the Western Indian Ocean from Somalia to Madagascar as far south as South Africa while the Brazilian flameback angelfish is only known from the Southern Caribbean around Barbados, Curaçao, and the northwestern coast of Brazil. The two flamebacks are more than superficially similar but the most obvious difference is the color of their tail which is clear in the African species and dark blue in the Brazilian species. 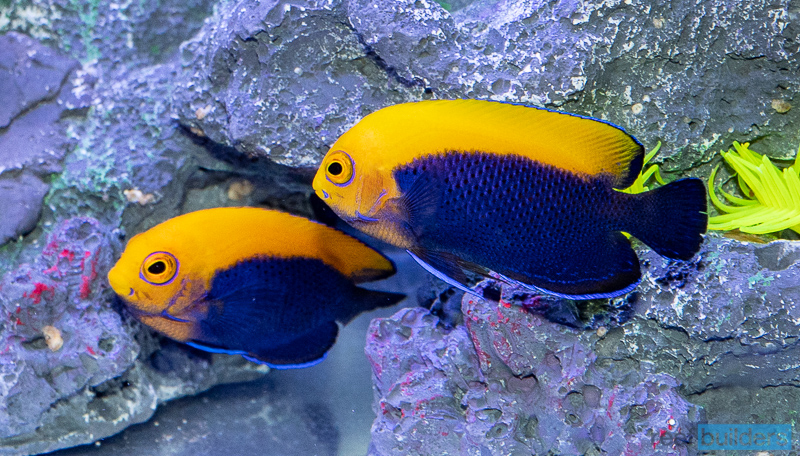 Some other more subtle differences in their appearance is that C. aurantonotus is ever so slightly more light blue with a more golden yellow coloration on the face and back which tends to be closer to orange in the African counterpart. While both species grow to a maximum size of around three inches, the African flameback has a more rounded, oval shaped body compared to the rectangular squared off profile of the Brazilian Flameback’s body. 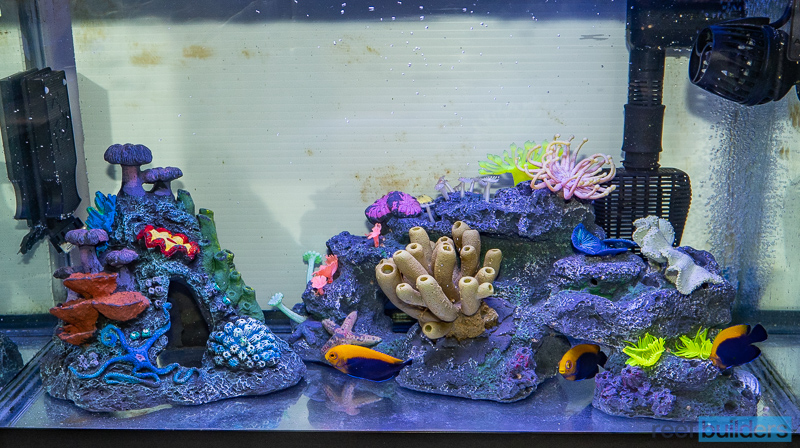 The golden coloration of the Brazilian flameback also seems to extend further below the lateral line of the body so it has more a of a horizontal bi-colored appearance overall. We placed our specimens by themselves in a 10 gallon quarantine tank with two large resin reproductions of rock and coral taking up most of the space and we were very pleasantly surprised to witness very little aggression between them and so far, they’ve formed a nice little harem where they can be easily observed and photographed.

We haven’t had them long enough to observe any obvious sexual differences in their color, body or behavior but perhaps some details will become more apparent over time. Since the Brazilian version of the flameback angelfish is collected much less frequently than the African species there hasn’t been nearly enough examples to discover any hybrids with the Caribbean pygmy angelfish with which it shares an overlapping range but we several years ago we came across photos of specimens from St. Helena in the central Atlantic Ocean which look like a perfect match for a probably hybrid with the mythical resplendent angelfish from Ascension Island.