The first time we saw the Maxspect Coral Pruner we thought we’d hardly every have a chance to use it but lately they’ve been proving themselves very useful. The size of the blades of this aquarium-suitable pair of pruning shears gives the impression that they would only be used to cut extremely large branches but they’ve been excellent at cutting thick Acropora colonies of modest size and diameter.

We already have a few sets of typical large coral bone cutters which we often use for fragging branches up to half an inch in diameter but these will hardly get any purchase on branches thicker than that. Recently we had to ‘reset’ a few overgrown Acropora colonies that were much too large to cut with anything else so we unpacked the Maxspect Coral Pruners and gave them a go. 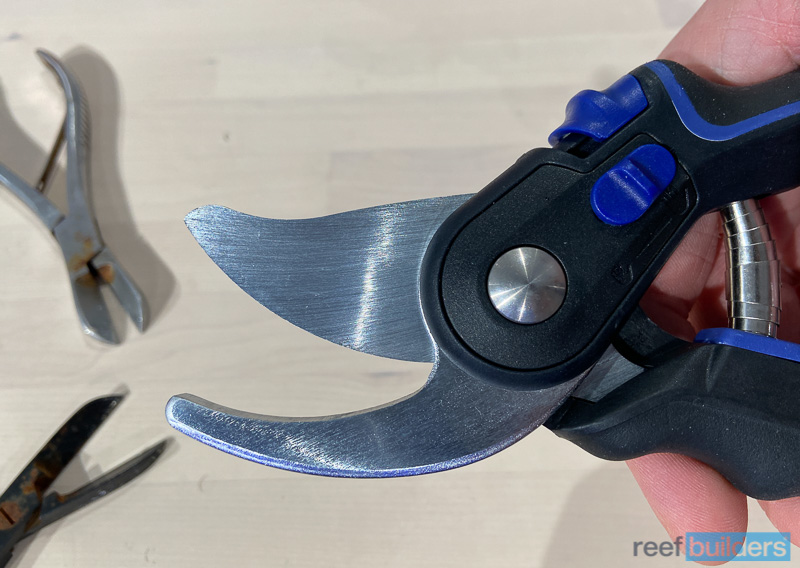 Typical coral bone cutters have a pair of matching triangular shaped blades which do more breaking than cutting and they also send frags flying once the fracture actually happens. To our delight the Pruner not only worked well at cutting 3/4″ branches but the configuration of the blades also made a clean cut without imparting much ‘acceleration’ to the now-loose branch. 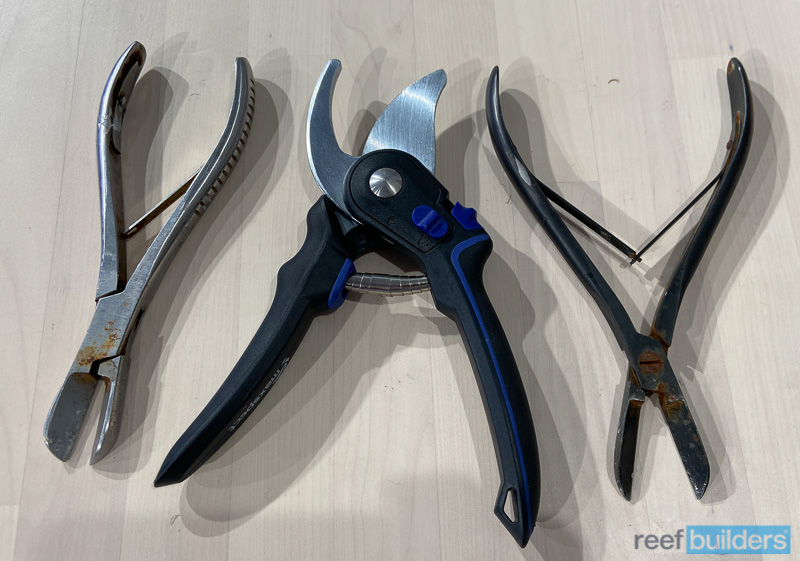 Much like the Red Sea Sump Modification tool the Maxspect Coral Pruner is not a device that you’re likely to use very often but it’s certainly one of the best tools for cutting down overgrown stony coral colonies. We don’t suppose that casual hobbyists with puny corals will find too much utility in having such a heavy duty coral fragging tool. But for the pros and service companies who need something specialized, especially for corals that can’t be removed from the aquarium, you’ll be thankful to have something as robust as the Maxspect Coral Pruners. 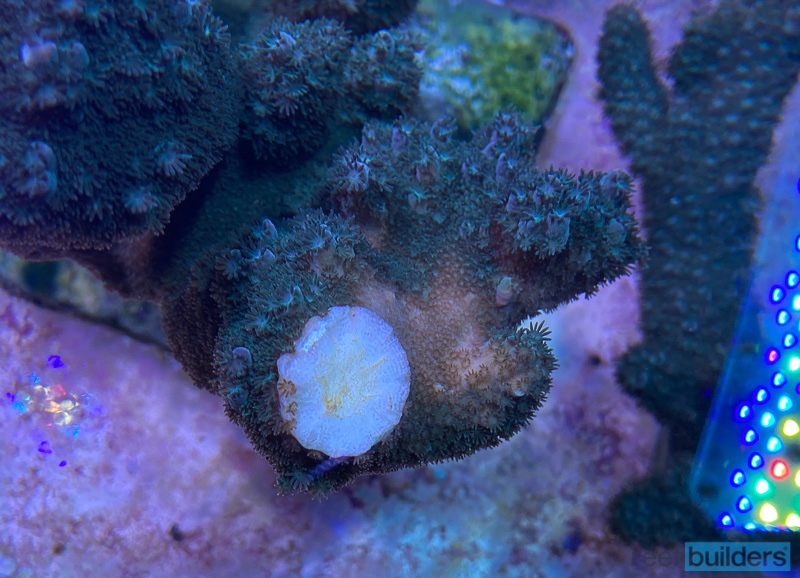 Reef Delete Review - Sound in Concept but Not in Practice