Words like that are used to describe the relative abundance of corals like ‘rare’ have all but lost any meaning in the aquarium hobby because it gets thrown around so much. But if there’s one holy grail coral species among all the chalice corals look no further than the very seldom seen Nishi chalice, Echinomorpha nishihiroi which is distinctive among the Echinophyllia that constitute most reefers’ collections of this popular group of corals.

Despite having a broad natural distribution it seems like Nishi Chalices only appear in the hobby in small clusters and we had the good fortune of being at Ultra Corals Australia when they offloaded a handful of really exemplary specimens that we took some time to appreciate and document. We don’t know if they warrant being in their own genus but Echinomorpha is distinctive in being mostly mound-shaped ‘colonies’ with one large primary corallite that may eventually develop some secondary corallites several centimeters apart, if at all. 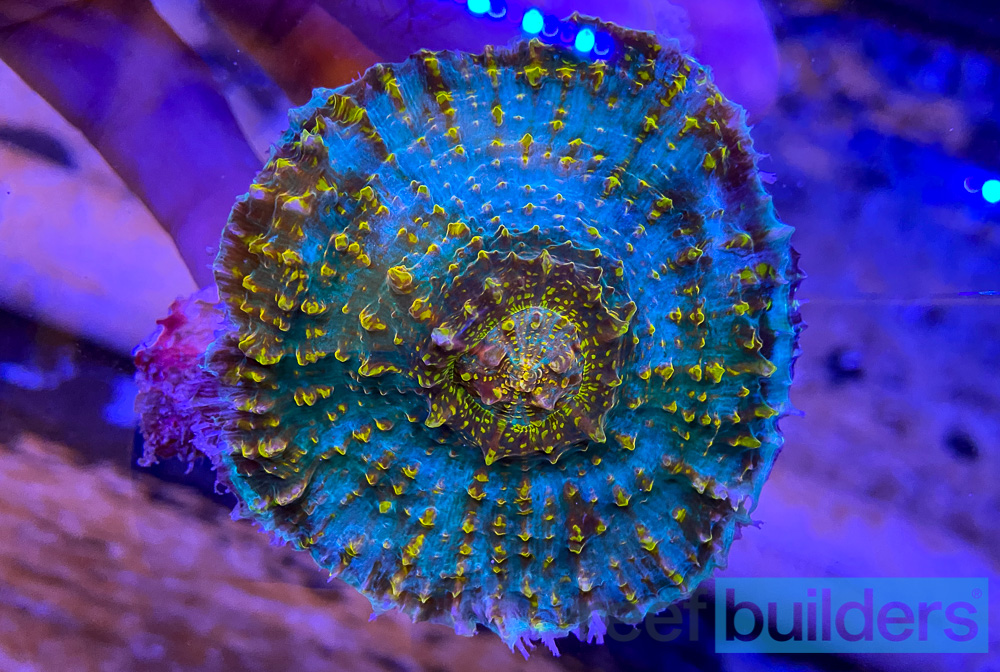 While the general appearance, color and pattern may closely resemble some Echinophyllia species the surface of Nishi chalices is noticeably more spiny and the central corallite is also well adorned with exert septa, but not quite as much as Paraechinophyllia tarae. This latter species is more widespread in the Pacific Ocean but it’s even more rare in the aquarium hobby and a subject for a future article when we actually gather enough pictures of this odd species. Like so many corals illustrated in some of the older coral ID books Echinomorpha goes from a drab grey, green and brown coral when pictured in the wild to a surprising kaleidoscope of colors and patterns with all sorts of colors when viewed under modern, blue-heavy aquarium lighting.

See also  Bowers are UCA’s favorite coral of all 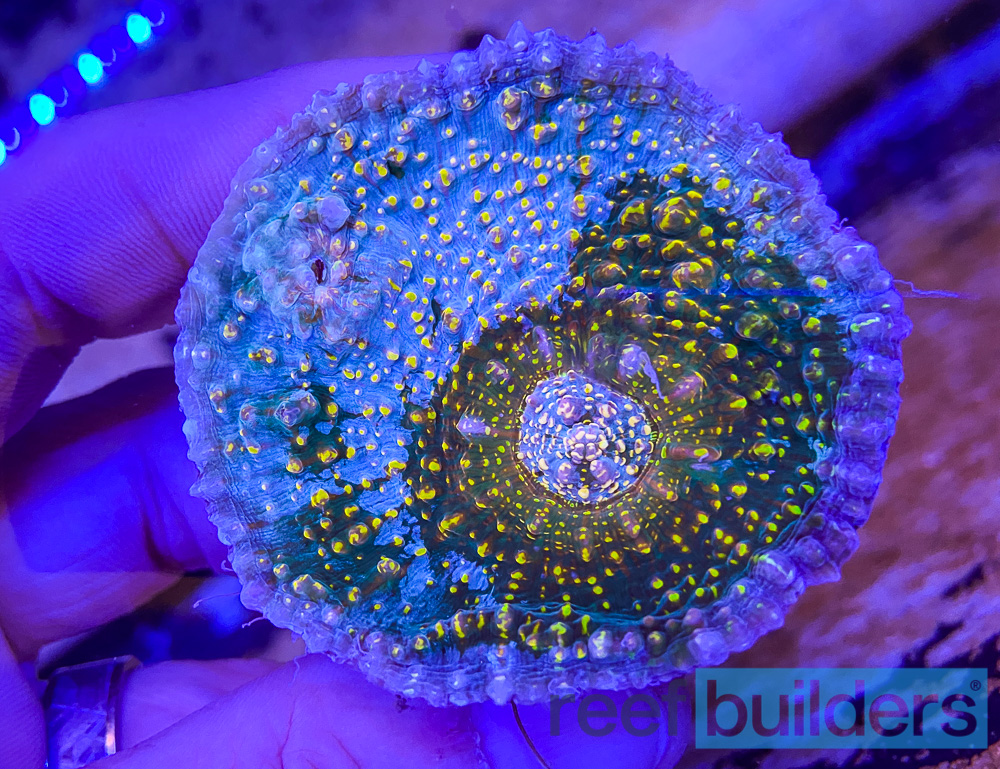 Among these few specimens of Echinomorpha from the southern part of the great barrier reef we can really appreciate the distinctive ‘look’ of the Nishi chalice with one relatively large single central corallite, much bigger than we expect in any species of Echinophyllia. The tissue surrounding the corallite qualifies as very mottled but this camouflage of hues hides subtle shades of blue, pink, and jade green which is peppered with light yellow accents to nearly all the spines.

The subtle beauty of the Nishi chalice might only be appreciated by real coral connoisseurs and one thing that keeps this species objectively rare in the reef aquarium hobby is that since colonies rarely develop more than the central corallite, propagating this coral by fragging is probably not as straightforward as other truly colonial coral species. We’re glad that we got to see some good card-carrying Echnimorpha from the Great Barrier Reef at Ultra Coral Australia because now we have a much better idea of what this coral is supposed to look like and will hopefully better guide us at picking it out from other chalice corals sporting a single central corallite in the future.

Maxspect Will Now be Distributed Exclusively by Aperture in North America