Tricolor and gem tangs a plenty at Southwest Marines, UK

Southwest Marines was the first all marine aquarium store we visited in the UK and we must say it was quite a pleasant surprise to round the corner and spot LED lighting, two gem tangs, one tricolor tang (aberrant scopas) and a flagfin x goldflake angelfish hybrid. Within one minute through the door we knew we’d be taking photos of these beautiful aquarium specimens for a decent amount of time.

We’ve seen a few gem tangs and aberrant scopas tangs but these long term captive specimens were not only in the prime of health but since they have lived in captivity for a length of time they were also much less skittish and much easier to photograph. We’ve never been too hot for tricolor tangs but this particulalr aberrant scopas was sporting just the right combination of colors and nice orange-red eye ball which contrasted starkly with his bright white face.

Matt the owner of Southwest marines told us that the tricolor tang was one of his favorites because it’s appearance can change drastically from day to day with certain patches of color coming in and out of phase. Southwest Marines was also rockin a particularly intensive phytoplankton culture set up but we’ll revisit that story when we’re not rushing off to catch a plane to Nurnberg. Few more pics of these lovely Zebrasoma after the break. 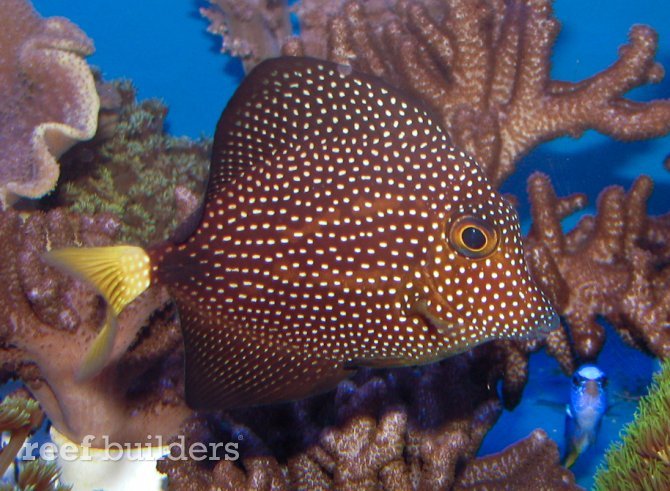