Jawbreaker mushroom anemone is the most incredible captive strain of Corallimorph

The Jawbreaker mushroom anemone is a corallimorph that has persisted as a desirable aquarium species in the American reef scene and is still highly sought after by collectors of brightly colored corals. If someone had told us 15 years ago that in the future people would be clamoring to pay upwards of $200 per tiny polyp of a Discosoma mushroom anemone we would never have believed it. More specifically we would have been incredulous that any strain of mushroom anemone could be so fantastically yummy colored that anyone would consider buying it by the polyp! 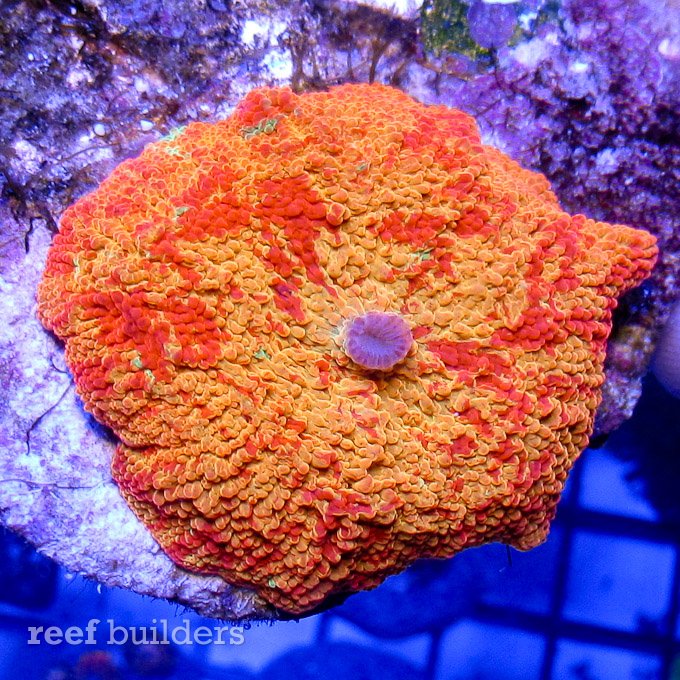 Having seen more than a handful of Jawbreaker mushroom anemones over the past year or more we can attest to the incredible color, size, vibrance and richness that the Jawbreaker develops. Even a tiny quarter inch polyp of Jawbreaker is so vivid that it can stand out amidst the top of the top chalice, master Scolie and zoanthid collections. Our latest Jawbreaker mushroom anemone sighting was at The Happy Coral booth at Reefapalooza last month. Rukis was showing off quite the juicy mini colony of the coveted corallimorph, complete with one nice large “mother” polyp to show off the full potential.

This particular strain of mushroom anemone is unique not only for its coloration, but also its abundant tissue which is reminiscent of the green elephant ear mushroom, Rhodactis mussoides. The pouty mouth, large size, gnarly surface and even the metallic sheen of of the Jawbreaker mushroom is reminiscent of what we see in the standard-issue green elephant ear.  The only difference being that so far we’ve never seen the captive orange strain develop multiple mouths like its wild collected green counterparts.

It’s super cool and very gratifying as an ‘old school’ reefer to see the hobby dive into various broad groups of corals from Acros to Montis, Zoanthids and Palys, Acan Lords to Micros, Chalices to Disc Corals and now the hobby is even going gaga for mushroom anemones. With amazing Discosoma now available from the Caribbean, Australia and Vietnam there’s probably never been a better time to set up a splendid low tech LED-lit aquarium full of mushroom anemones 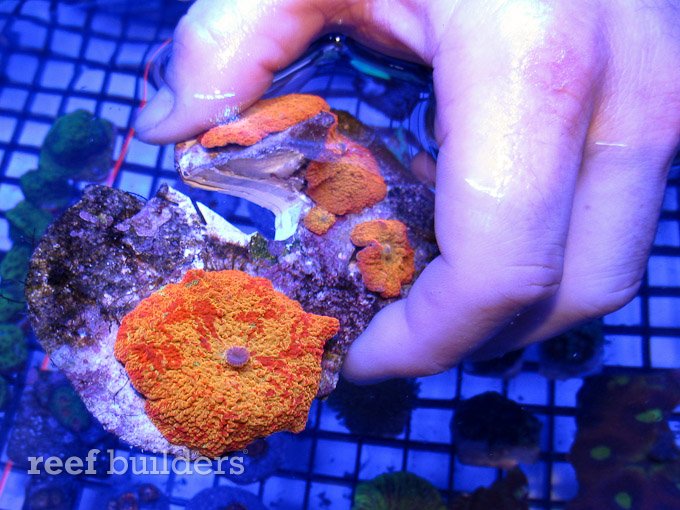