For this week’s Reef Builders Pick we’ve some serious eye candy. With five large reef tanks from all over the world including France, South Africa, Brazil, England, and Holland this line up is as international as it is amazing. Massive coral colonies, amazing aquascapes, and healthy corals that will throw you off the wall are all part of this post. So get a napkin ready as some serious drooling is about to entail.

Located in Brazil, Carlinhos Moreno’s reef is 400 gallons of eye candy. The colors are phenomenal, and the massive coral colonies are stunning. The aquascape might be a bit lacking, but all the eye candy makes more than up for it. All in all this reef is stunning, and an all time favorite. Check out additional pictures in the original post along with the system’s specifications. 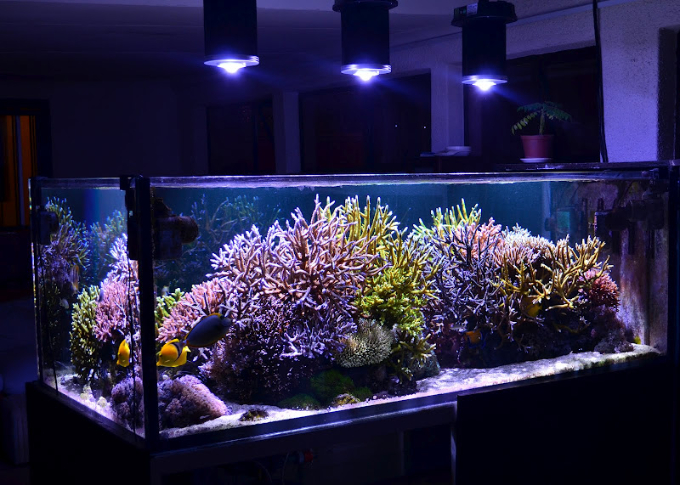 This Sunlit Reef from South Africa was already looking phenomenal when we first covered it, and we truly couldn’t imagine it looking any better. Then however Adee decided to upgrade his supplemental lighting to some nice blue LED spotlights, and the result was absolutely mind bogglingly amazing. The LEDs made the colors of the corals already on steroids just popping like it’s unreal. Just an absolutely amazing system. 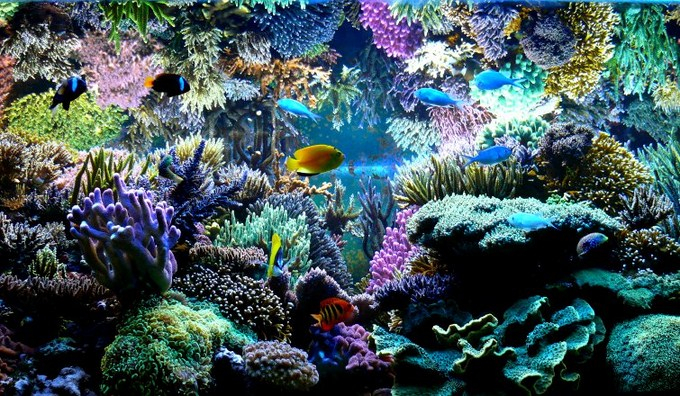 We called this French reef a chef-d’oeuvre in our original post, and since then the aesthetics of this reef have only grown on us. The coral growth is just so dense, and yet it somehow all seem to be so stable. Tt is quite amazing. Top down this reef comes alive even more with colors that are just out of this world. It is almost hard to believe corals can be that colorful in a captive reef.

This Azoox reef from England might be the odd one out, lacking massive SPS colonies and dominated by sun corals instead, but in its own way it is equally amazing. The aquascape is one of the best in this line up, and the stocking was thought out to a degree that the other systems cannot even match. We absolutely love the careful balance of color, especially the contrast between yellow and blue. More than worthy to be placed along the top aquariums of the industry.

Jan Willem’s reef located in the Estherea Hotel, Amsterdam Holland is one of those systems that doesn’t really translate into pictures. When seen in video, or in person however this reef is absolutely amazing. Several of our writers have had the chance to check this system out in person and we can all attest that it is a master piece. Viewable from two sides (front and back panel) from whichever angle you might look at it this reef looks equally stunning. If you don’t happen to be visiting the Netherlands anytime soon however, be sure to check out the video which can be found in the original post.

We hope some of these systems can serve as inspiration for that new system you’re setting up, or reinvigorate your passion for your current reef tank. All these reefs are high energy systems that likely require a lot of maintenance, additives and electricity but these results are more than amazing. It is aquarium masterpieces like these that set the standard for all other reefs in the aquarium industry.