Xanthic Undulated Triggerfish have been firmly lodged in our minds ever since FAMA featured one on their front cover in the nineties. Anyone remember the title story “Melekeok’s Golden Triggerfish”? Although that initial xanthic Balistapus undulatus was from Palau, every few years one appears in the American aquarium trade, almost exclusively from the Maldives.

The latest stunning xanthic undulated triggerfish was scored by Elos Aquastudio New York which recently obtained this beauty from the Maldives via Russo’s Reef. The golden undulated triggerfish is a little smaller than specimens past, and exceptionally spotted, a remarkable feature since this species is more commonly known as the ‘orange line triggerfish’. 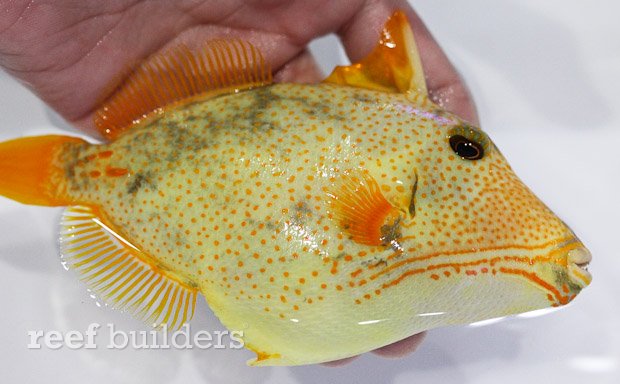 In fact, when we reviewed the images of other xanthic undulate triggerfish they all sport a distinct orange-spotted pattern, very unusual for the species. Although some of the xanthic triggers revert back their orange spots are a genetic component, lending some credence to the possibility that the xanthism may have some genetic component.

Regardless of the nature of the xanthic undulated triggerfish and their orange spots, Elos Aquastudio gets to enjoy their specimen this time around. It will be tentatively priced at $3000 but there’s a high probability that this one-of-a-kind fish will remain at the shop to become a store mascot, giving Elos Aquastudio a famous pet fish on par with casper the white yellow tang. We sincerely hope that this golden variant of the undulated keeps all or most of its coloration, it’s just so cool as it is, with a wild aberrant appearance which is usually only encountered in marine angelfish. 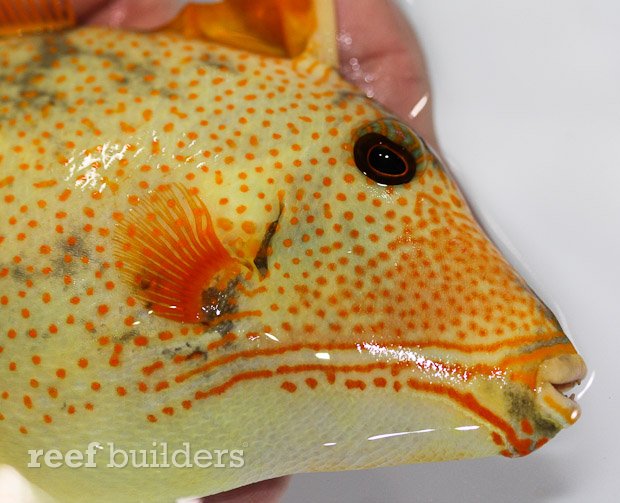 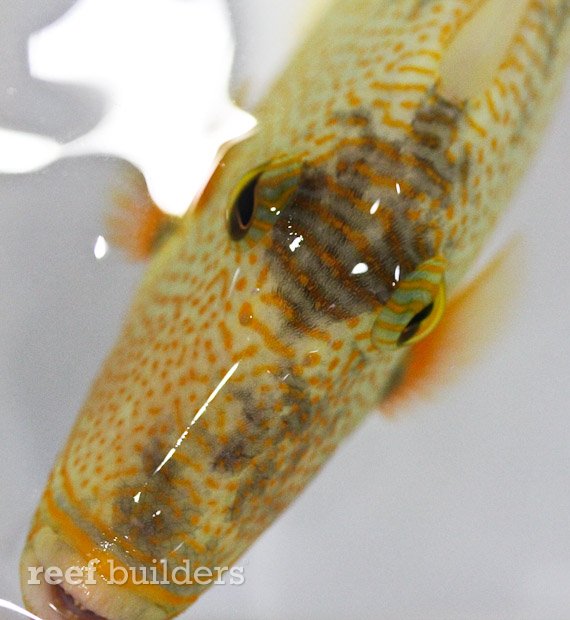