South Africa’s marine aquarium community, Marine Aquarium SA, recently held its annual Aquarium Expo where I was honored to be the international Guest Speaker. While in Johannesburg, and kicking it with the crew at Nemo’s Janitor, it came up that they needed a coral display tank, and did I have any ideas?

Did I have any ideas? Gyre Tank all the way. Since I was in ZA to speak on water flow it only seemed fitting to be able to present the Gyre Flow concept and point to the ultimate example of Gyre Flow-ology, the Gyre Tank. So with a few beers and a whole lot of glass to cut and drill we set to build South Africa, and maybe Africa’s, first ever Gyre Tank for coral display and housing.

Documenting the build of the Gyre Tank began once the tank was done, because building boxes out of glass is pretty well documented online. Since this Gyre Tank would be built with the flow provided from the feed pump, we decided to drill the return into the glass to keep everything neat and tidy. 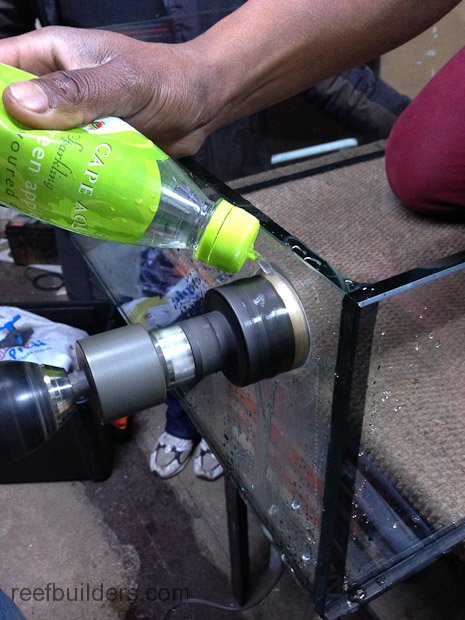 You can see that we could have made good use of today’s Hydrohandle but the squeeze bottle method worked just as well with plenty of hands to help out the drill. Here Matthew Baxter expertly freehands the glass drill bit in the side of the aquarium. 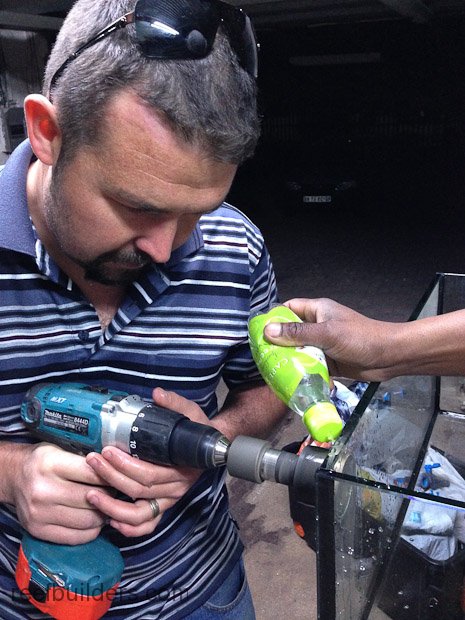 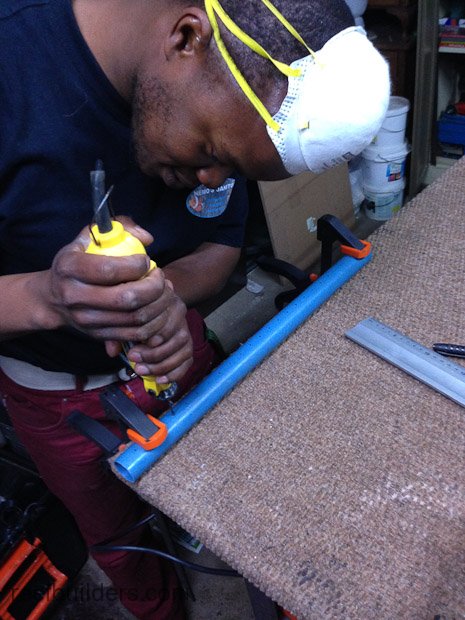 Godfrey had the enviable job of drilling the holes for the spray bar, his surgical grip on the Dremel tool machining the line to perfection. 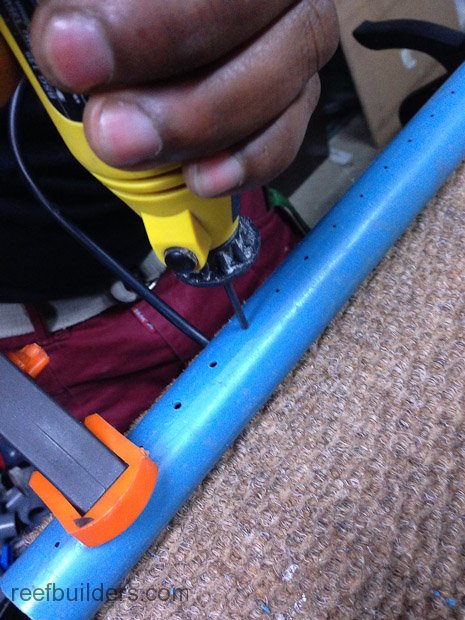 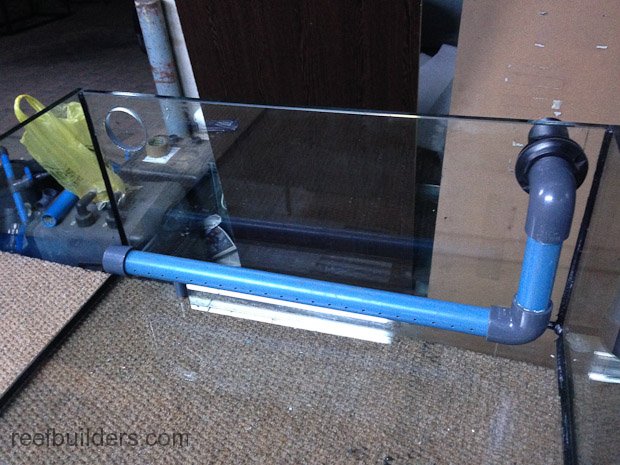 The spray bar was plumbed in and elevated just a tad on the left side to keep the bar nice and uniform compared to the Gyre plate. 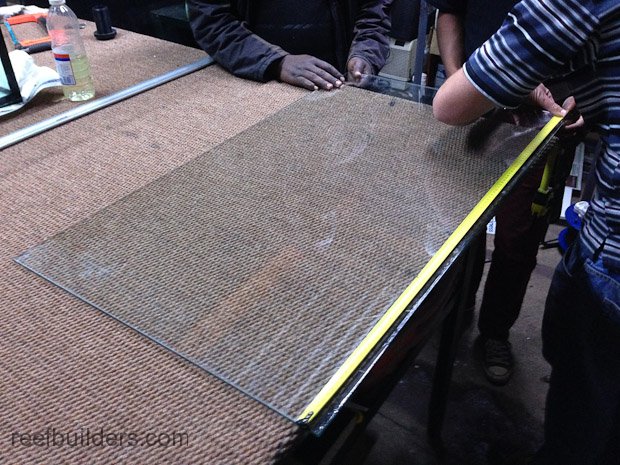 Since acrylic is expensive and glass is cheap, even the Gyre Plate was made from glass, but and sanded on the spot. 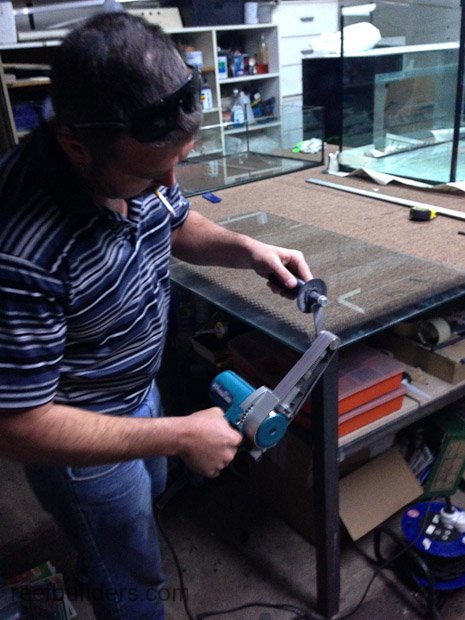 Fresh cut glass has super sharp edges that will cut the heck out of you so a belt sander was employed to grind down the sharpness. 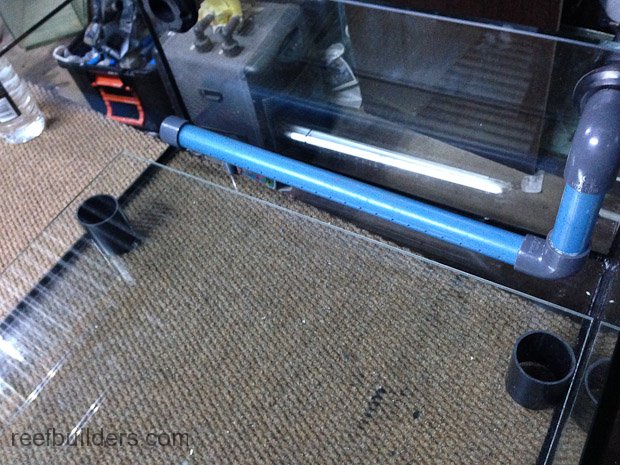 The plate for the Gyre Tank is propped up with a few uniform stand pipes and voila. 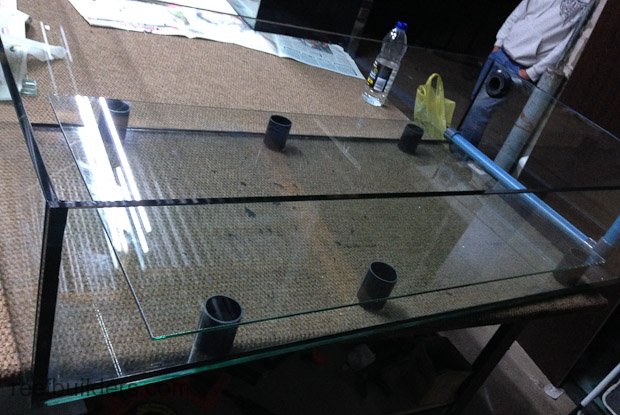 Here you have South Africa’s first Gyre Tank which garnered a lot of attention at the Expo. The feed pump was an Abyzz 200 so there was no lack of water flow and pressure to begin with, but the uniformity of the mostly unilateral flow offered the corals the as exchange they need while not disturbing the surface for viewing, too much.

Confirmed: The purple Milka Stylo was originally collected in the Red Sea

Halichoeres bathyphilus is one of many Curacao rarities from Dynasty Marine