The Razor 200 LED slim light from MaxSpect is easily one of the best deals for intense reef-colored LED lighting for aquaria. The MaxSpect Razor was introduced with the 21″ Razor 120 and the 27″ Razor 160, then followed up by the MaxSpect Razor 60 Nano. Finally, owners of longer tanks will be able to get 200 watts of the dual channel Razor from a 36 inch fixture that can illuminate up to a four foot reef tank.

One minor change/option introduced with the Razor 200 is the use of white reflectors for the LED clusters which encourage better color mixing and a broader light spread. However users of the Razor 200 and other lights will still be able to use the actual lens clusters to maintain the deeper penetration.

As you can see from the sticker on the edge of the single MaxSpect Razor 200 that was shown off in the CoralVue booth, the new 36″ light is prototype unit. CoralVue expects to be receiving actual deliverable shipments of the Razor 200 in about 6 weeks (two months from MACNA) and they are expected to retail in the neighborhood of $600-$630 when they hit the LFS shelves. 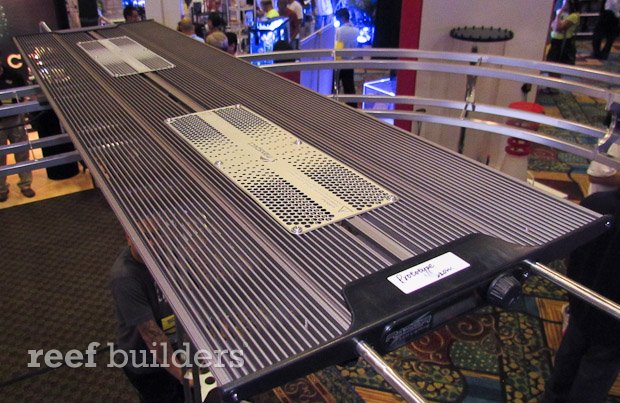 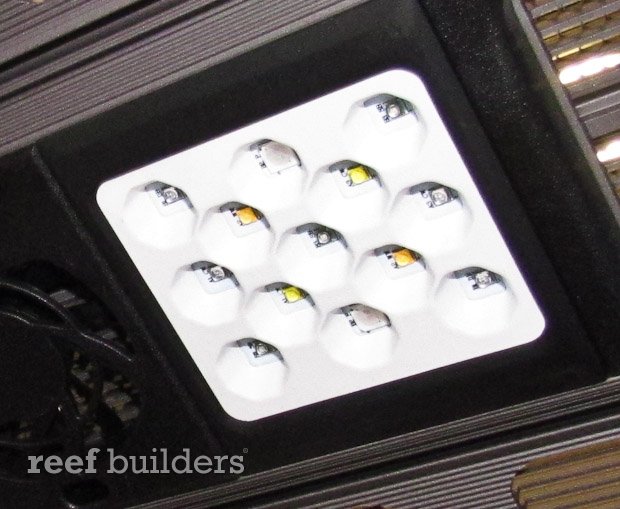