Haptoclinus dropi is a new species of blenny from the depths of Curacao. Discovered alongside the Sabre Fin goby, Antilligobius nikkiae, the new Haptoclinus blenny was sampled by the Curasub in Curacao at the incredible depth of 160m (>500 ft).

The genus Haptoclinus is known only from deep sea trawls which once brought up the founding species from depths twice as soul-crushing as the new H. dropi, and the pictures herein are likely the first time this group of deep sea blennies have ever been seen alive.

What is particularly interesting is how differently the fish appears based on whether it is photographed on a light or a dark background. We don’t know if this is an adaptation to the fish’s environment but it is food for thought when it comes to designing an aquarium system for some of the more subtly-colored goby and blenny species. [Zookeys] 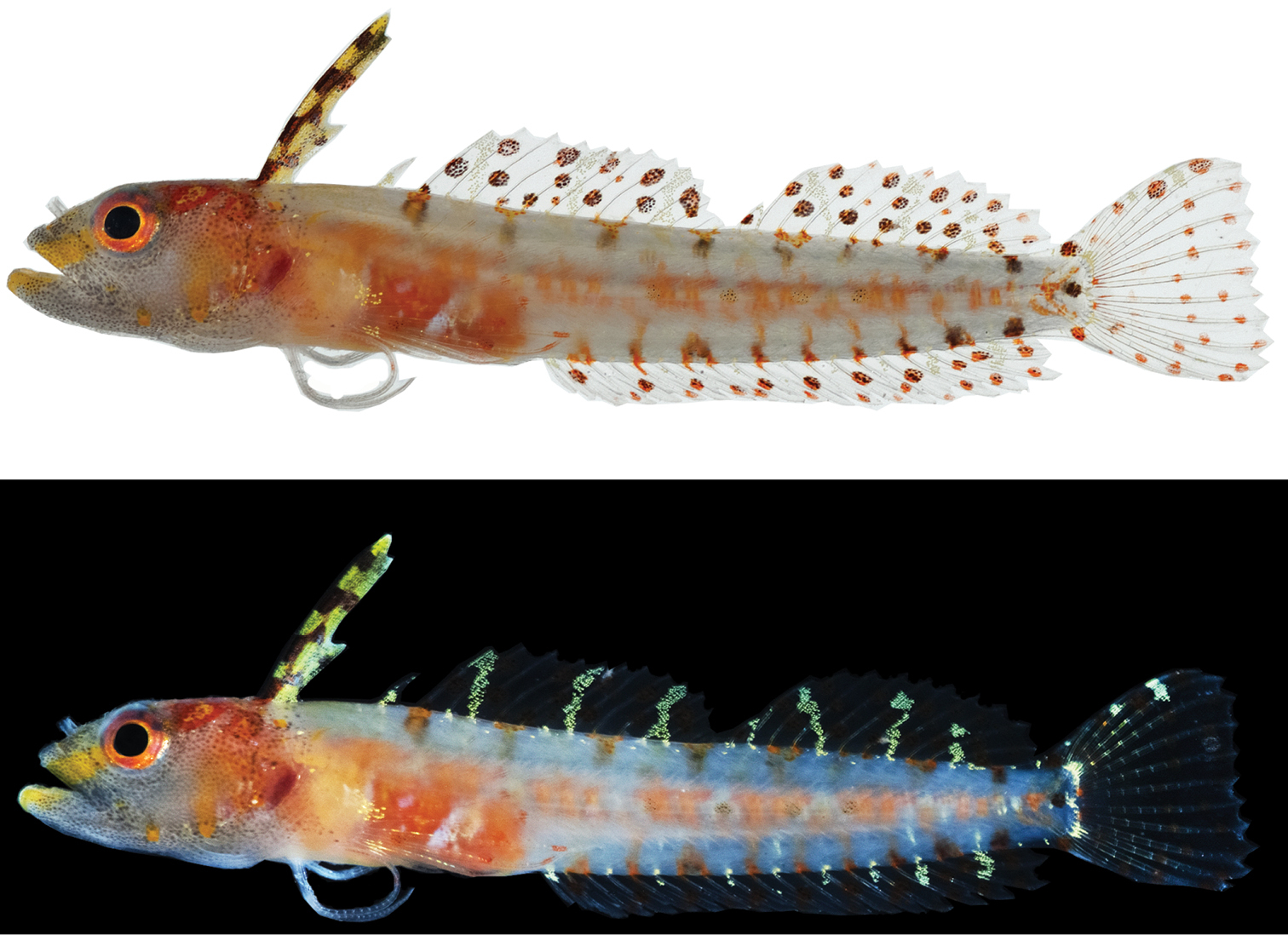