It’s hard not to fall in love with juicy NPS aquariums. Mark’s NPS Biotope is a fine example, and we jumped on the opportunity to feature Mark’s simply elegant tank.

Mark’s NPS Biotope is a rimless Elos 120XL (approx. 137 gal) tank, and has been up and running since March 2016. Mark has a simple aquascape with two live rock spires clustered in the center of the tank which break the surface of the water.

The acronym “NPS” refers to non-photosynthetic corals, and these types of corals get all their energy from food rather than photosynthetic energy from sunlight. In the wild NPS corals are found in shady caves or deep reefs, and their polyps open at night to catch passing food.

Mark says, “I find something really mysterious and peaceful about deep water NPS environment, my goal was to try to replicate on small scale in my aquarium.” 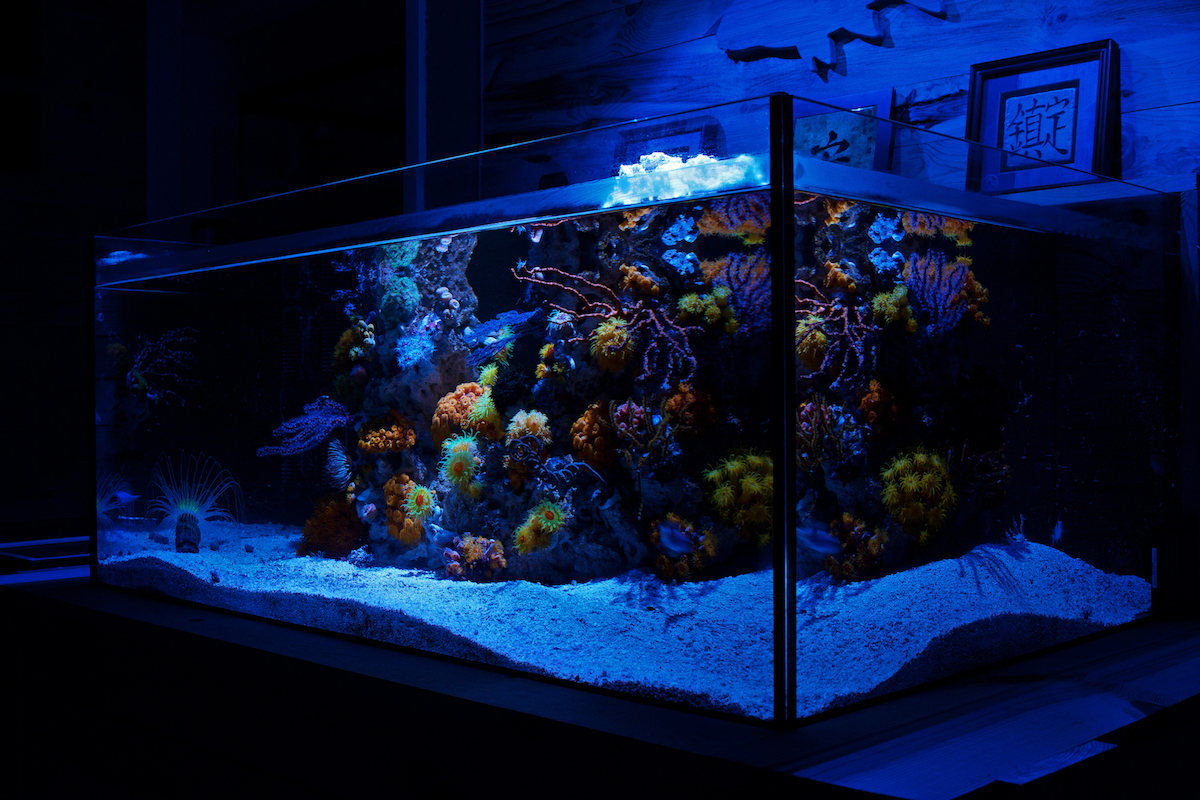 Because NPS corals need daily feedings to reach their full potential, keeping nutrients in check is an integral part of NPS reef-keeping. Mark runs an ATI Powercone 200IS Skimmer and uses siporax ceramic filter media in his sump for nutrient control.