The Dallas Acro, Australia’s Version of the Green Slimer

I recently visited Australia and went on a whirlwind tour that was chronicled in a slew of videos on our YouTube channel. One of the cool things about visiting new places and new countries, is getting to see a lot of different reef tanks, and picking up on the idiosyncrasies of each reef scene.

One of the corals that really got my attention throughout a variety of different Aussie reefs is the prevalence of a particular staghorn coral called the Dallas Acro. Much as we (used to) have the Green Slimer in many of our American reef tanks, Australian reefers are fond of their home-grown green staghorn coral which was prominently placed in a many of the displays that I visited.

Probably also a species of Acropora yongei, the Dallas Acro does have a distinct appearance from the familiar Green Slimer despite both being a ‘green staghorn’ coral. This coral has apparently been in culture in Ozzie reef tanks for so long that some Australians have actually believed it to be the nonexistent Acropora dallasi.

Interestingly the legacy of the Dallas Acro can be traced back to the original reefer who first grew and distributed this coral to the Ozzie reef community. This coral was brought into the hobby from a guy in melborne in the early 1990s named Dallas Warren. Apparently he was working at a fish shop when he got it. Back then there was no Facebook so many people were in a forum called MASA and this is where it got traded around.

The specimen pictured here is from the reef tank of Darren Hatfield who got his first frag from Cameron Bee in 1996. At the time it was estimated to be on its 8th ‘generation’, that is it had been propagated through at least eight reefers. Like the Green Slimer it is a fast growing Acropora hence it’s prevalence in so many Australian reef aquariums. 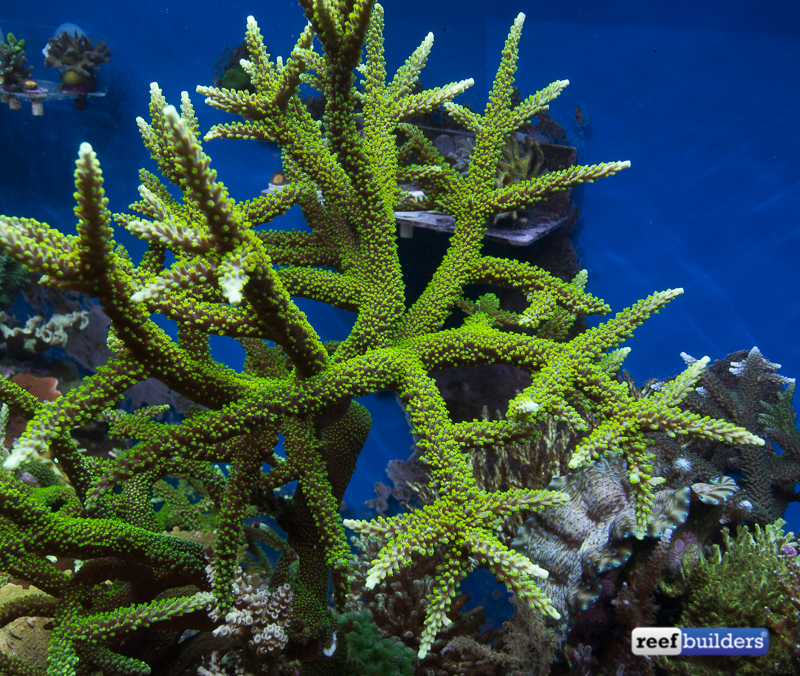 It seems to do well in all kinds of reef tanks, heavy nutrient systems and bright light and good flow make thick branches where less light or very directional lights like leds tend to make it thin branched. It’s hard to pin down exactly what makes this coral distinct from our Green Slimer except that it has less pronounced pale branch tips, it’s not as green over the body of the coral, but its polyps tend to be super neon green from the base to the tip of the branches.

Big thanks to Darren Hatfield of Reef Secrets Aquarium and Ania Nerowski of Gallery Aquatica for helping me dig up the history of Australia’s most prominent indigenous aquarium coral strain.