Once upon a time, the goldenback triggerfish was the holy grail of this special group of marine fishes, but that title has been usurped by another, more illustrious species, the linespot triggerfish. Xanthichthys lineopuntatus was once only a ‘book fish’ but a scant few specimens have made their way to the aquarium world in just the last couple of years.

The Xanthichthys triggers are among the most desirable for home aquariums for their peaceful disposition, and decent suitability even in reef tanks where clowns, bluelines and undulated triggers would wreak havoc. We recently found out why small goldenback triggerfish are so rare, and only giant footlong adults are usually available, but this is where the linespot triggerfish really shines. 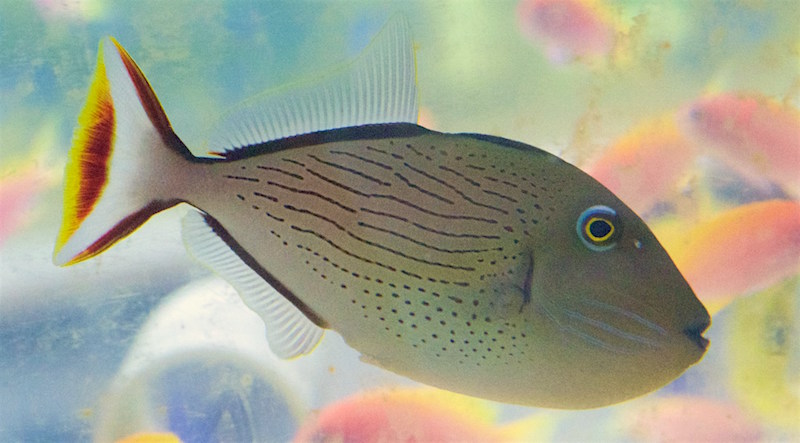 Much like the bluethroat triggerfish, the linespot triggers have an attractive slaty-gray body with colorful blue eyes, blue streaks on the face, and a fiery red tail which also has a yellow accent in this species. The pattern that designates this species is exactly what you would expect, with a network of simple black lines and spots which are more apparent in males and somewhat muted in females.

This fish seems to have a very broad distribution but the aquarium specimens that are making their way to the hobby seem to originate from the Indian Ocean, and primarily Mauritius. ACI Aquaculture recently obtained a couple very attractive bachelor specimens and as if to certify that these fish are Legit, both of these linespotted boys are destined for display aquariums, one will remain at ACI and the other has gone to World Wide Corals. 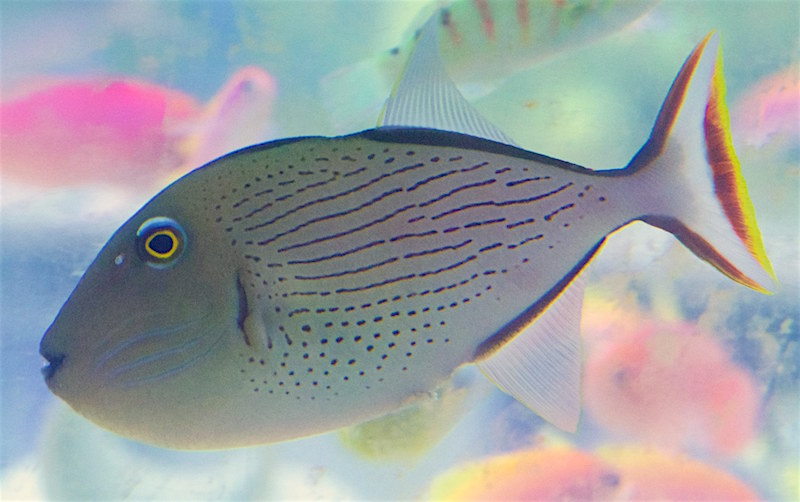 The Dallas Acro, Australia's Version of the Green Slimer