The new Auto Top Off Kit from Neptune Systems has to be one of the most comprehensive evaporation countermeasures ever devised for the aquarium hobby. There’s been a ton of different auto top off solutions offered to the aquarium hobby in recent years, heck Auto Aqua was built from this segment of the aquarium market.

But not since the introduction of the Level-loc more than ten years ago have we seen such a thorough implementation of both mechanical and electronic float switches. However, the Neptune Systems ATK arguably executes this concept in a much more presentable package than we’ve seen before. 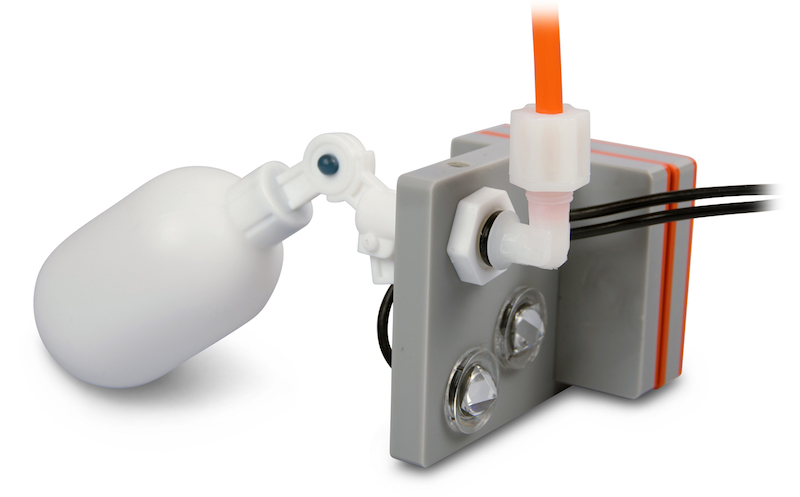 The core of the Neptune Systems ATK is a strong magnetic fastener which holds both the mechanical float valve, and a pair of optical float switches. That’s a total of three float switches for an incredible degree of assurance that your sump water level won’t run too low, or too high. In addition to the magnetic float valve assembly, the Neptune Systems ATK comes with the Fluid Monitoring Module for control and the PMUP for pumping water from a reservoir to the aquarium sump.

We’ve thrown some shade Neptune System’s way in the past for making killer  aquarium devices that only work with the Apex controller but we this time we don’t have to. The Neptune Systems Auto Top Off Kit is the company’s first fully stand-alone aquarium product which works equally well with or without an Apex controller nearby.

This is actually very smart on their part because many users might actually have their water top-off reservoirs some distance from their tanks, and it could be an unnecessary hassle to wire it up to the main Apex brain, especially for such a simple yet critical function.

The Auto Top Off Kit, availabel starting today for $199, isn’t going to win over the nano reefing crowd where tiny ATO solutions already exist. But for that extra level of critical water level control, the Neptune Systems ATK is likely going to be the ATO kit to beat. [Neptune Systems]

New Damselfish Species Cares For Offspring Like A Cichlid!