Acropora palmata is the king of all Caribbean corals. Acropora palmata grows into thick robust branches and is the most important reef-building species in the Caribbean.
Like it’s thinner cousin, Acropora cervicornis, palmata colonies provide complex habitat for juvenile fish. As well, extensive colonies growing close to shore can help buffer the coastline from storms and waves.
Acropora palmata was once a dominant species in the Caribbean but unfortunately, there has been a 90-95% reduction in abundance since 1980. This coral is now listed as critically endangered. 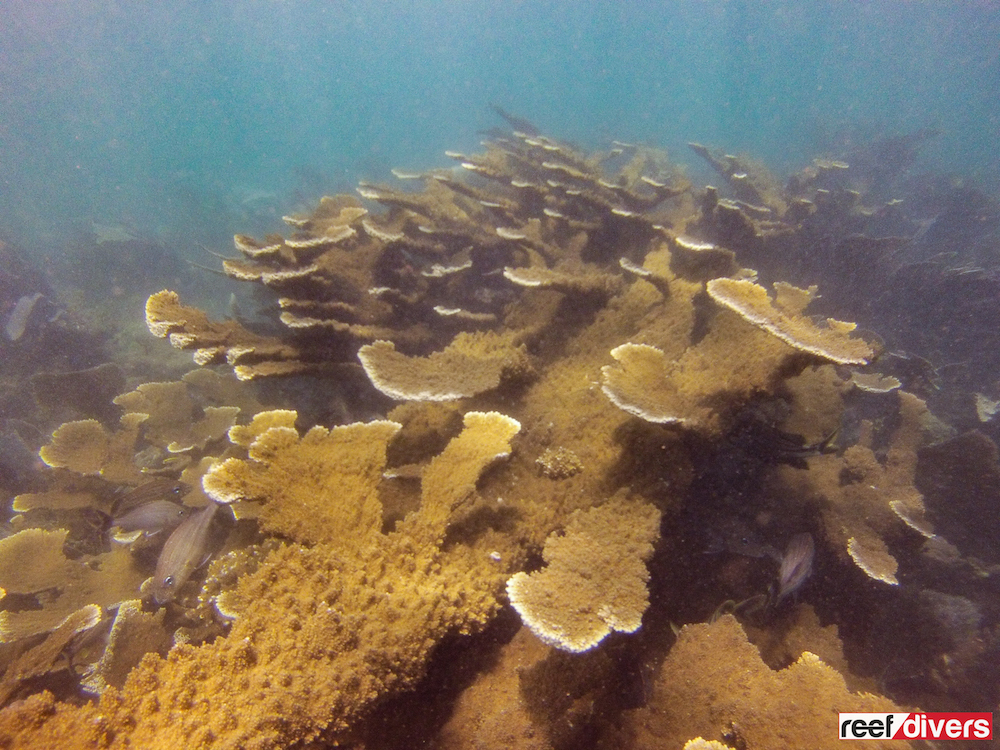 The common name for this coral is the Elkhorn Coral, because of the flat branches that grow like a crown of antlers. I don’t think we need much explanation for identifying this species as it has a one of a kind appearance. Colonies are golden yellow to dark brown.
Branches can grow several meters across and we’ve found colonies of Elkhorn which are more than 6 meters, 18 feet across. Recently we had the opportunity to visit a pristine Elkhorn habitat in Honduras. At this location, there are over 1200 colonies along the coastline! You can watch a 360 video of our dive here.

Corals are colonial species. Thousands of tiny polyps make up a coral colony and can reproduce asexually by budding and dividing creating genetically identical clones. New polyps focus on building a sturdy calcium carbonate home which becomes the corallite and as the skeleton building up the colony grows bigger and stronger.
This also means when branches break off the colony they can continue to grow. An interesting study from 2016 looked at the genetics of Elkhorn coral and found that some colonies in the Caribbean can be over 5000 years old. While the living colony may not have survived millennia it’s genetics did, making them amongst the longest lived species in the world. 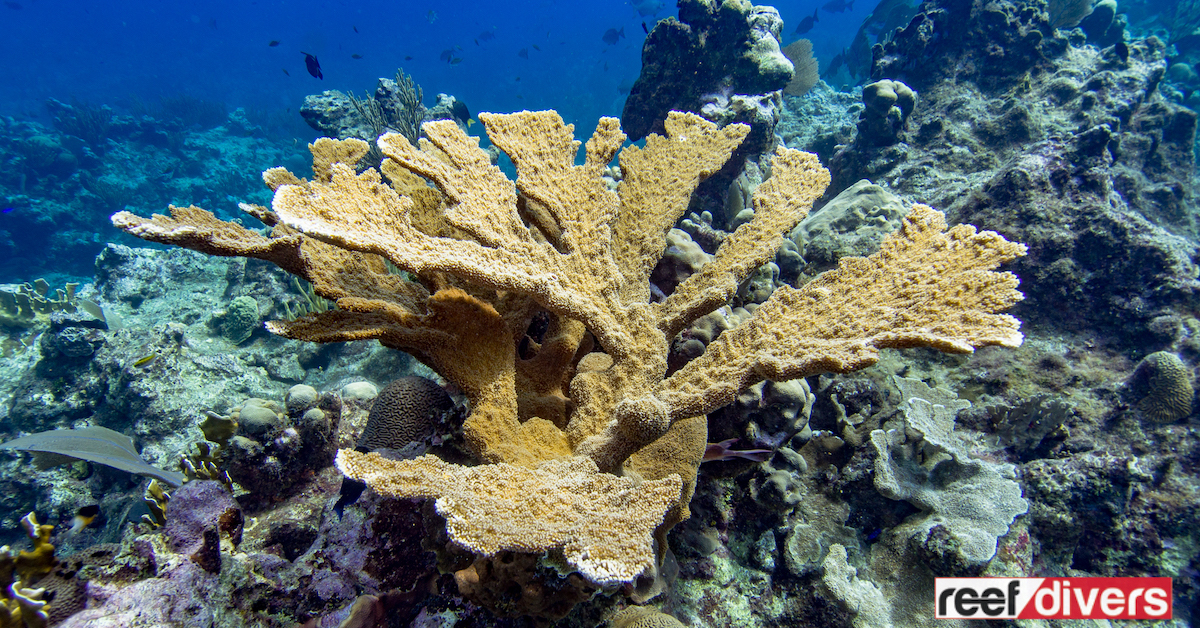 Focustronic Wants To Change The Way We Think About Lighting

Not All Fish Are Cultured Equally