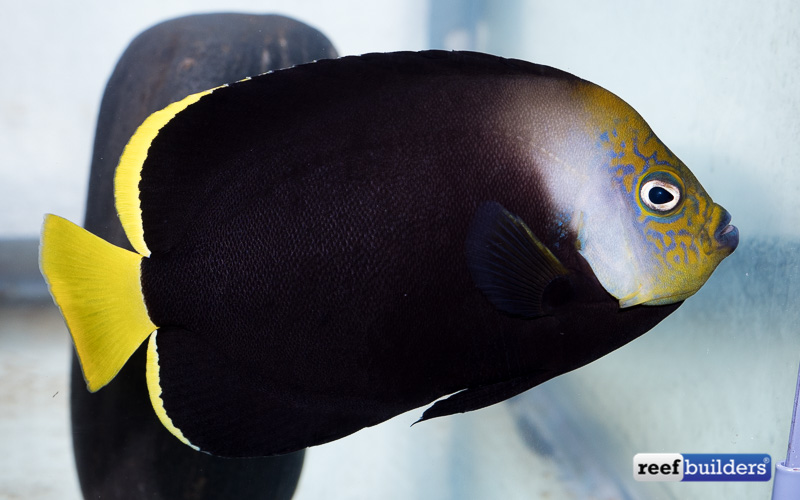 The reason we mentioned this ‘species’ in quotes is that no one really knows what this fish is, as it belongs to a closely related group of species called a syngameon – that and it seems like some of the original descriptions were of hybrid specimens, so no one really knows where one species ends, and another begins. 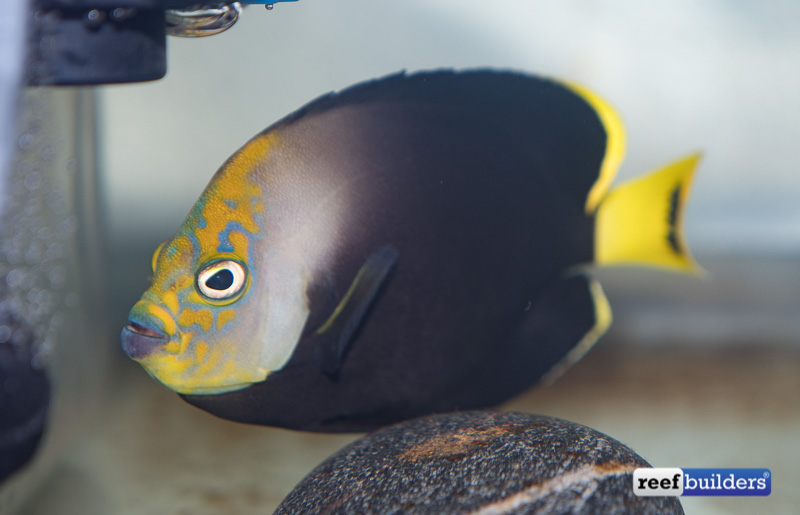 Whatever this fish truly is is a mystery, and will remain so until someone dedicates a huge chunk of time to teasing out both the morphology and the genetics of many specimens to determine what’s really going on with so many similar looking fish. But best of all, I personally don’t have to study these fish in pictures because I received a pair of Black Phantom angels from RVS Fishworld via Coast Tropicals about a month ago.

It was a process to get these two fish quarantined, acclimated and generally acclimated to aquarium life but now that they’ve settled in, it’s time to share their story and wonder out loud what they are exactly. The genus Chaetodontoplus is one of the more challenging ones to keep in aquaria, which is why the captive bred angelfish from Poma Labs are so darned exciting. Big thanks to Dr. Wittenrich for all his advice regarding this group of fish and hopefully its only a matter of time until we see the Black Phatom angelfish available captive bred as well.

What Do We Need To Start A Reef Tank, Versus What We May Want?