We like sophisticated, high performance protein skimmers as much, if not more than, the next guy. But we’ve never lost that love for the simple air driven protein skimmers which can be easily assembled from everyday items (for an aquarist).

Now that medication period is completed for the black phantom angelfish in their quarantine tank, it was time to upgrade the setup with this simple skimmer to help with long term maintenance. It’s been more than six years since we made a clone of the Mame Nano Skimmer as part of a “$1 DIY skimmer” challenge. This week we’ve revisited the concept with nearly identical design but using a new material, glass.

The body of the protein skimmer is made from a glass bottle which was selected for its long tapering, conical neck. Picking out a bottle from the grocery store is easy but a specialized device sensibly called a glass bottle cutter. Once the bottom was cut off the edges were sanded to reduce sharpness and 90% of the work of building this skimmer was complete.

The body of the skimmer is fixed to the glass using two strong magnets making it dead simple to raise or lower the entire assembly to reach the desired height relative to the tank’s water level. Meanwhile a firm fitting elbow stuffed into the opening of the bottle and is connected to a tube that directs skimmate out of the tank.

A strong and classic Tetra Luft pump powers the large wooden airstone and the cloud of air & water produced is easily as many bubbles as a medium sized needle wheel skimmer. Even after just two days of operation shortly after a large water change the very basic air driven skimmer has pulled a respectable amount of scum from the tank. 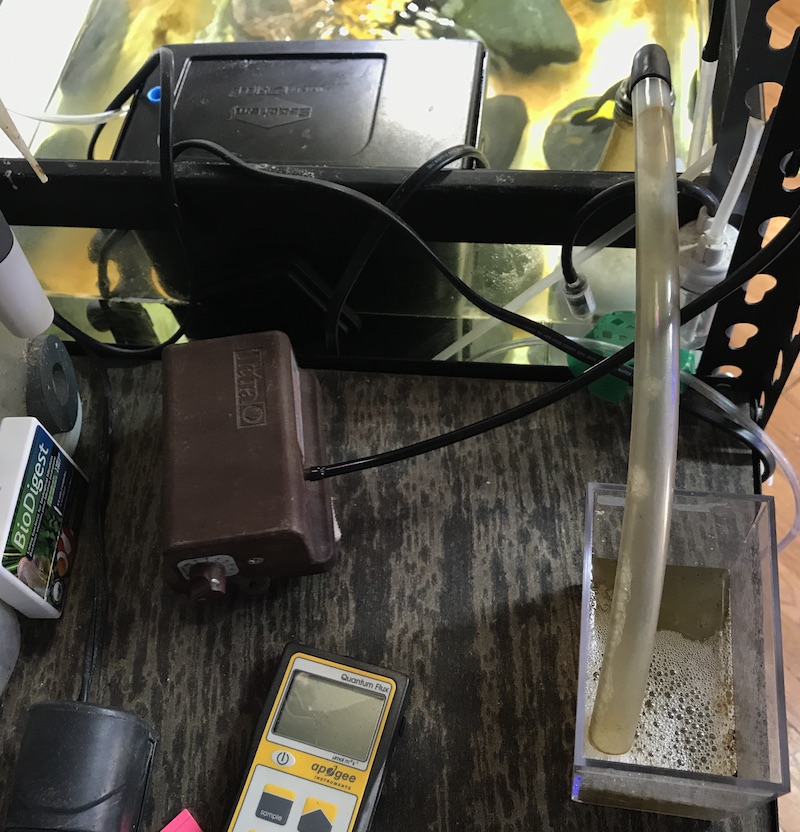 Best of all, this DIY skimmer design has an auto shut-off feature because as the end of the drain hose becomes submerged it builds back pressure that prevents the skimmer from skimming further or overflowing.

Although I used a glass bottle in this project there’s no reason any number of plastic bottles won’t work in this same configuration. It really doesn’t take much to skim off the ‘heavy’ proteins that account for most of the nutrient build up in a reef tank, but it takes a lot more sophistication and skimming power to chase after the medium and light proteins. I for one still jump at the chance to assemble a DIY skimmer when the opportunity arises and now that you know how simple and easy it can be, hopefully some of you will try this out too. 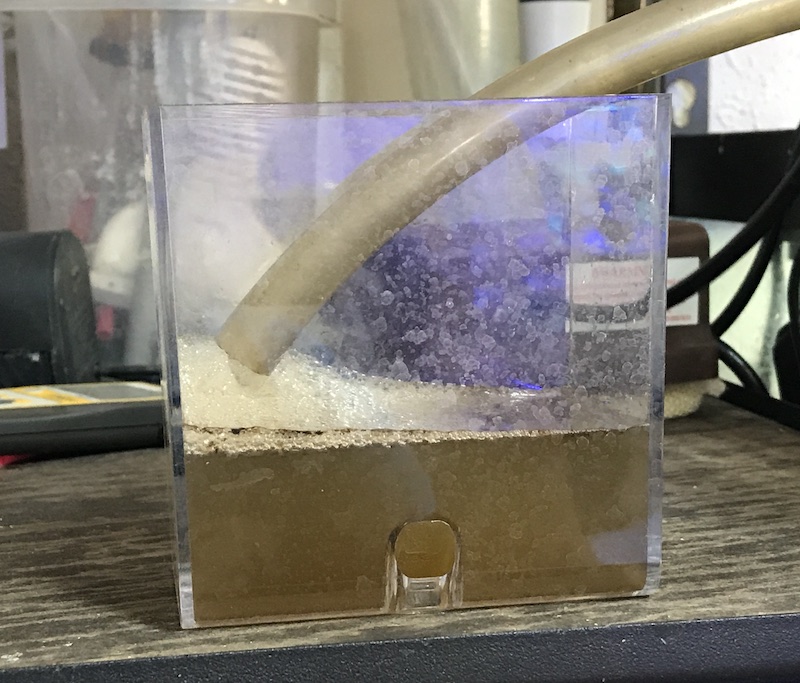 Giant colony of Pavona is thought to be 700 years old!

10,000 Fragments Of Coral To Be Planted In San Andrés Colombia