Agaricia, Undaria, Agaricia, Undaria, science just can’t seem to decide where to classify this coral. As of today, it’s Agaricia, but honestly to spot this coral either name will do.
Agaricia agaricities, is a common Caribbean species that grows into thick encrusting plates. Colonies can have thick short blades or irregular projections and there will be corallites on both sides of the blade.
Corallites are aligned is neat rows inside long meandering valleys. Ridges intersect and can close around rows of corallites. The rows are fluid with soft corners becoming thinner near the top.

There are several forms of this coral and at times can be difficult to distinguish from other Agaricia species. Agaricia agacirites can be found from the shallowest parts of the reef down to 75 (250 feet) and growth forms can be influenced by the depth and habitat conditions.
Colonies growing deeper are more flat, encrusting plates while corals found in shallow area of the reef will have more blades. Coral growth can also be influenced by water movement, and when found in areas of high current they will have a thicker encrusting form.

The common name for this coral is lettuce coral. There are two other lettuce corals which could be confused for Agaricia agaricites. Thin Leaf Lettuce Coral Undaria tenuafolia and Low relief Lettuce Coral Undaria humilis
Some scientist believe U. humilis is just juvenile A. agaricities colonies, however no genetic testing has been done to prove this theory. Visually you can tell the two corals apart by looking at the shape of the ridges.
A. agaricites has more squiggly ridges (left) while U. humilis (right) has sharp angular ridges.

Another coral which could be mistaken for A. agaricites is Undaria tenuafolia. The difference between these two corals in tenuafolia forms thin plates and more of them. I would say that tenuafolia is more common, however it will depend on where you’re diving. 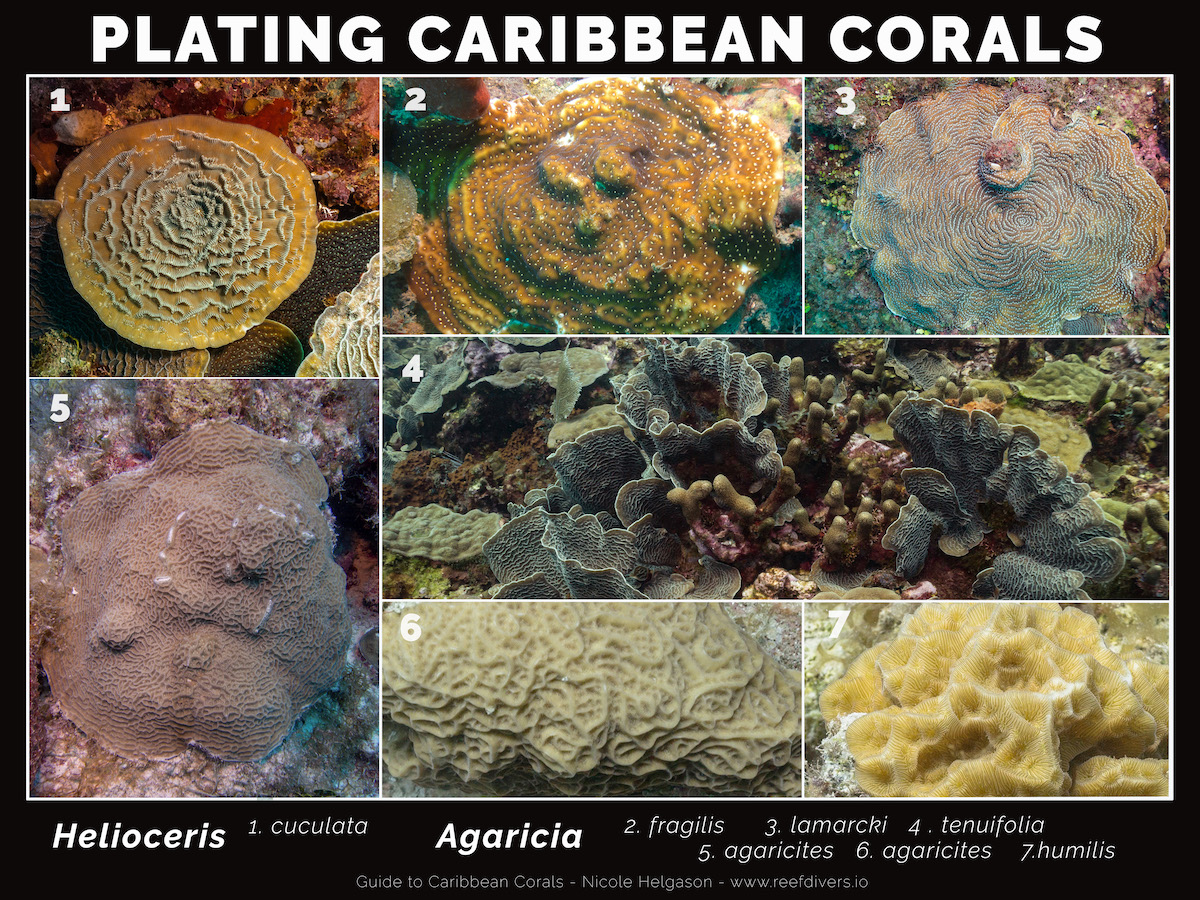