Eheim has a pair of new nano protein skimmers called the SkimMarine 100 and larger SkimMarine 300. Both of Eheim’s new nano skimmers are designed for internal use using magnets to affix themselves to the appropriate height on the walls of the aquarium. 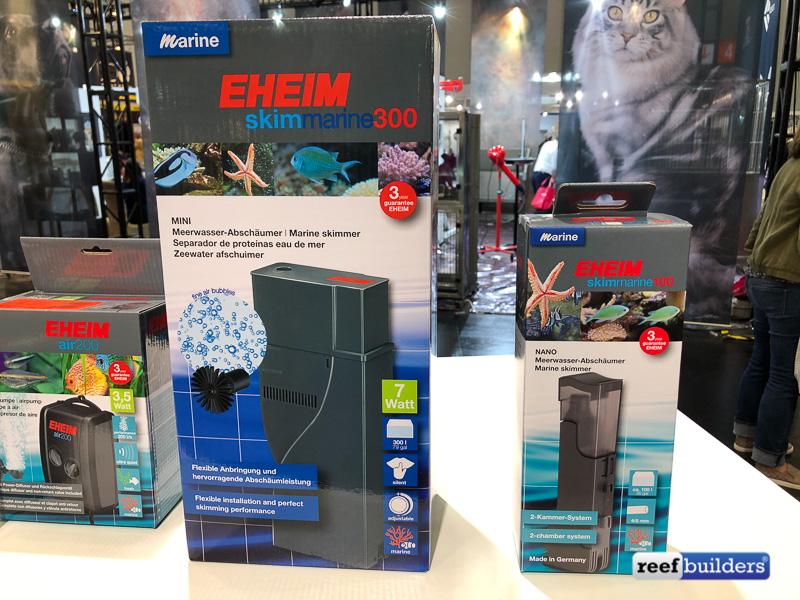 The Eheim SkimMarine 100 is downright tiny being just a couple inches square and around seven inches tall. This two-chamber skimmer is really for the smallest of tanks up to 100 liters or around 25 gallons. But what’s really surprising about the SkimMarine 100 is that it’s actually an air-powered protein skimmer using a wooden airstone and requires a separate air pump to actually work. 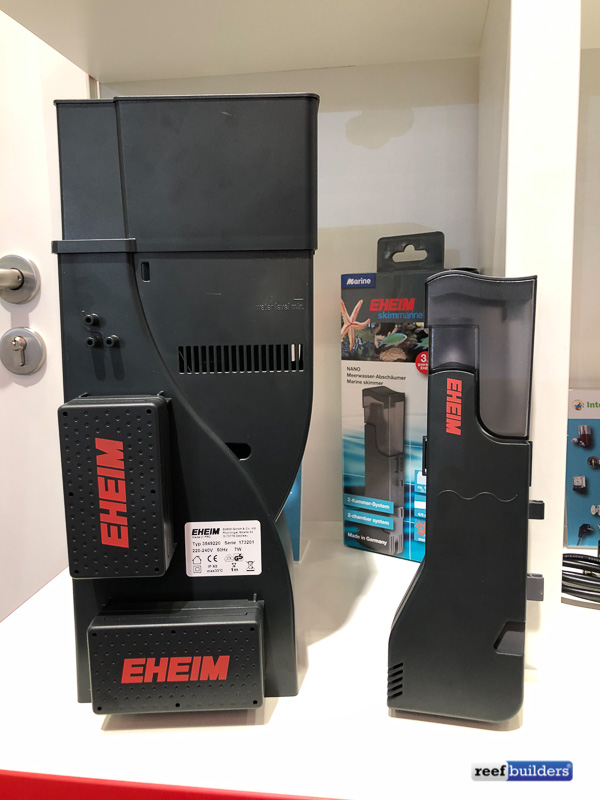 The SkimMarine 300 is a more conventional needle wheel protein skimmer and as its name implies, is rated for up to 300 liters or around 80 gallons, although we probably wouldn’t lean on it for more than half of that volume. The seven watt pump should be more than enough to fill this skimmer with a cloud of foam but in a baffling design choice, Eheim has made the entire thing completely black. 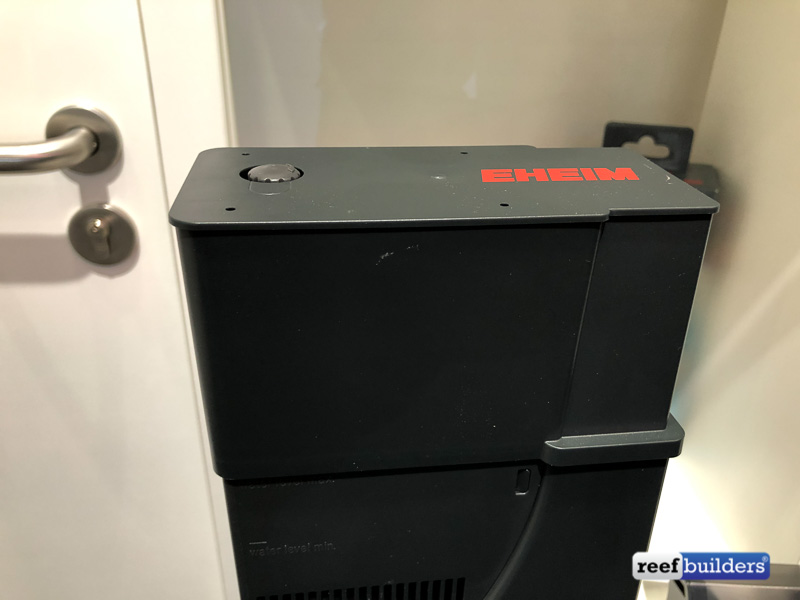 I’m not trying to pick on Eheim but what the heck were they thinking – Have they ever even used a protein skimmer before? The only skimmer in history to use a black body is the AquaC line and even that one had a smoked body and clear cup that you can still see through. The SkimMarine 300 could have been a decent skimmer but since you can’t even see if it’s working, unless they change the material of the cup to be clear we don’t imagine many reefers will be raving about it. 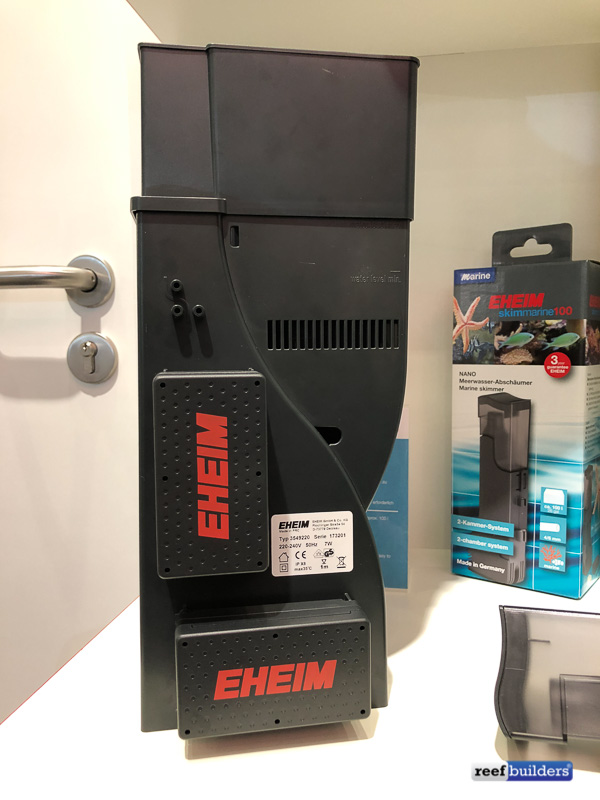 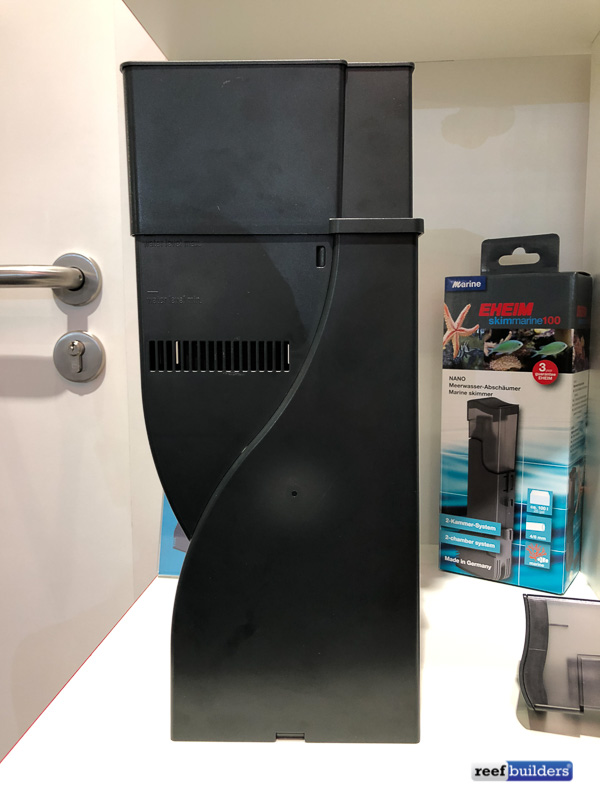 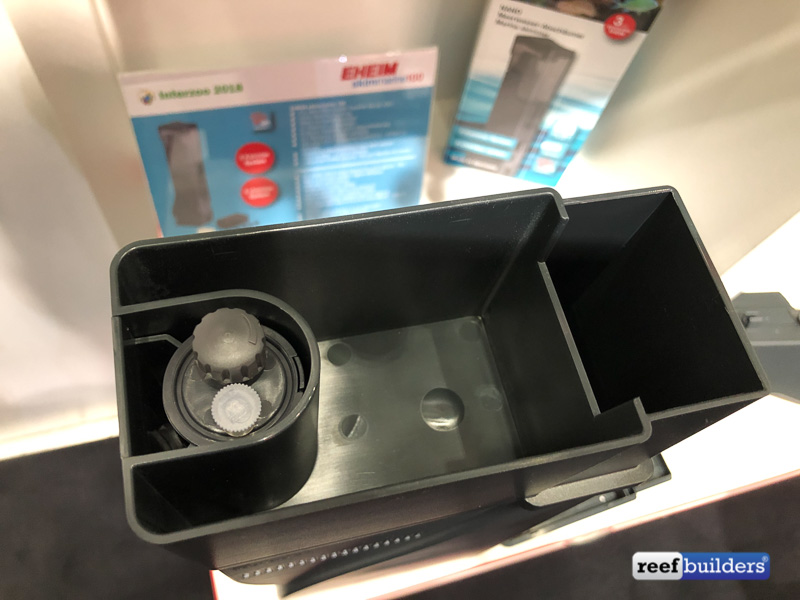 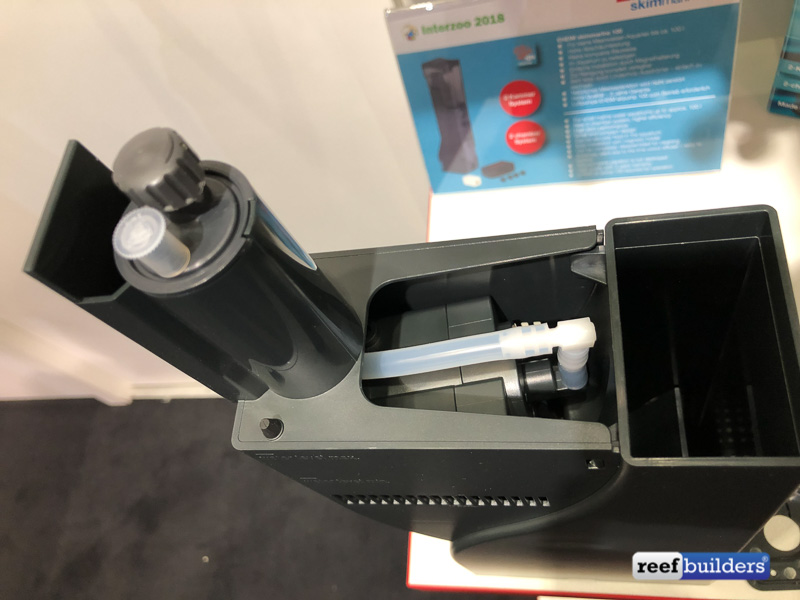 True Pink Tipped Euphyllia paradivisa Is Rarer than You Think

Artificial Rock From ATS Looks Better Than The Real Thing

May 24, 2018
Site Sponsors
Reef Builders is Supported by: