We’ve seen so many media reactors in the last decade – most of them are just a tube with a hose going in and out – that it’s quite hard to get ‘excited’ about a new model, until now. The Torq by Nyos is a new concept on what a media reactor can be, and how it should work for us reefers. 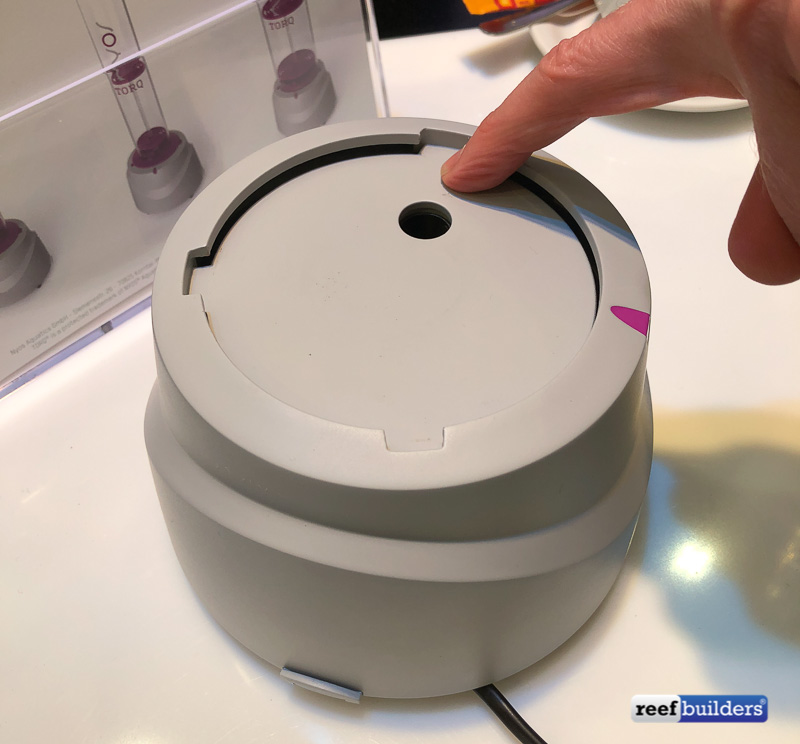 To refresh your memory, the Nyos Torq is made up of two primary parts, a self-powered base which sits in the sump, and any one of three different cylinders that rest on top, holding anywhere from .75 to 2 liters of aquarium media. The modularity of the Nyos Torq can be leveraged a couple different ways for maximum performance and efficiency. 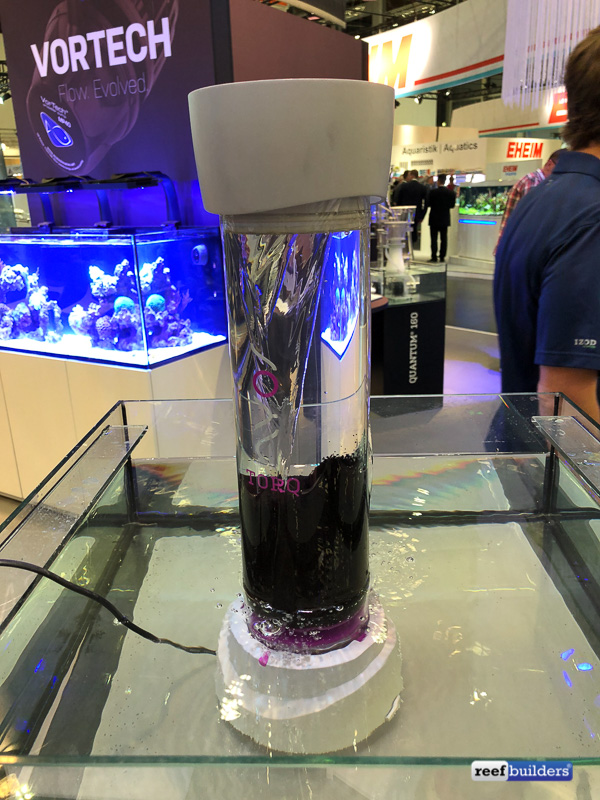 On the one hand you can start with a .75L media chamber for your small tank and upgrade to larger sizes as needed. But what we are most excited about it the plug & play nature of the chambers, meaning you can have a spare chamber on hand already cleaned and preloaded with media, and hot swapped with the one that is dirty and needs a media replacement.

Seeing the Nyos Torq in person we loved the size of the small and large chambers, the modest footprint it takes up, and especially the flowrate. The flow is controlled in two stages, first by an adjustment on the pump itself, and it can be further adjusted to a desired rate simply by twisting the media chamber on top of its base. 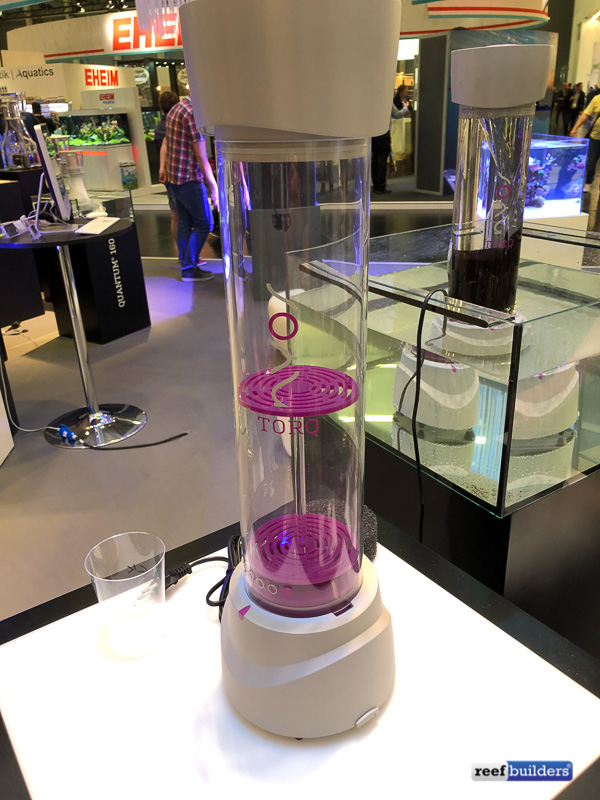 Priced at $165 for a complete kit of base and media chamber, the Nyos Torq is not the cheapest but it’s also not the most expensive media reactor for reef aquariums. But with its unique feature set and modular nature, we’re convinced this is going to be a very popular device and we look forward to putting it through its paces when it is released later this year. 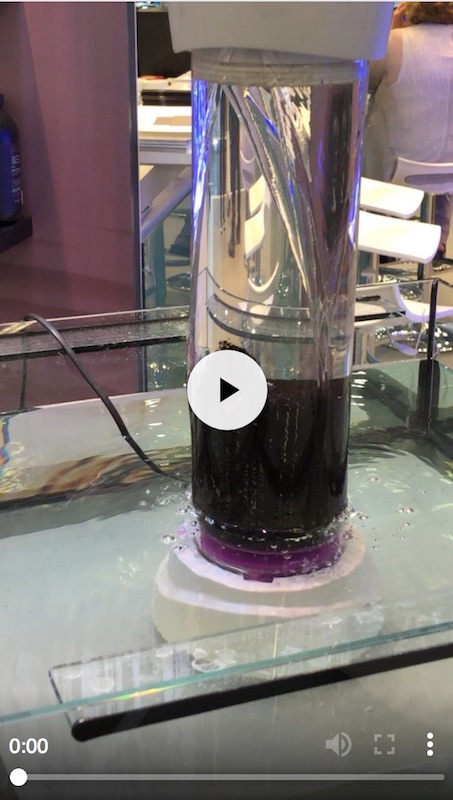