Northern Sulawesi is home to some of the world most biodiverse coral reef habits–it’s no wonder the team from the Global Change Institute are here assessing coral reef health. This years mission, revisit 28 dive sites around the Bunaken National Park, Bangka Island, and the mainland coast of Northern Sulawesi to document change in coral coverage since their first survey expedition in 2014.

Before meeting the survey team I had already heard of the XL Caitlin Seaview Survey and navigated along their 3D underwater landscape. I have also shared stories about their free coral reef image bank resource, so it was an incredible privilege to spend the weekend picking their brains about the current Seaview Survey expedition and their research at the Global Change Institute.
This years expedition, funded by the Paul G. Allen Family Foundation, will focus on analyzing single images from the survey to reassess reef cover in Sulawesi. The equipment is still the same however, the XL Caitlin Seaview Survey used the technology to “scientifically record the world’s coral reefs and reveal them to all in high-resolution, 360-degree panoramic vision.”

The team suits up, heading underwater for a 2km transect across a shallow coral reef. For each survey, there are two divers in the water both equipped with dive propulsion vehicles. 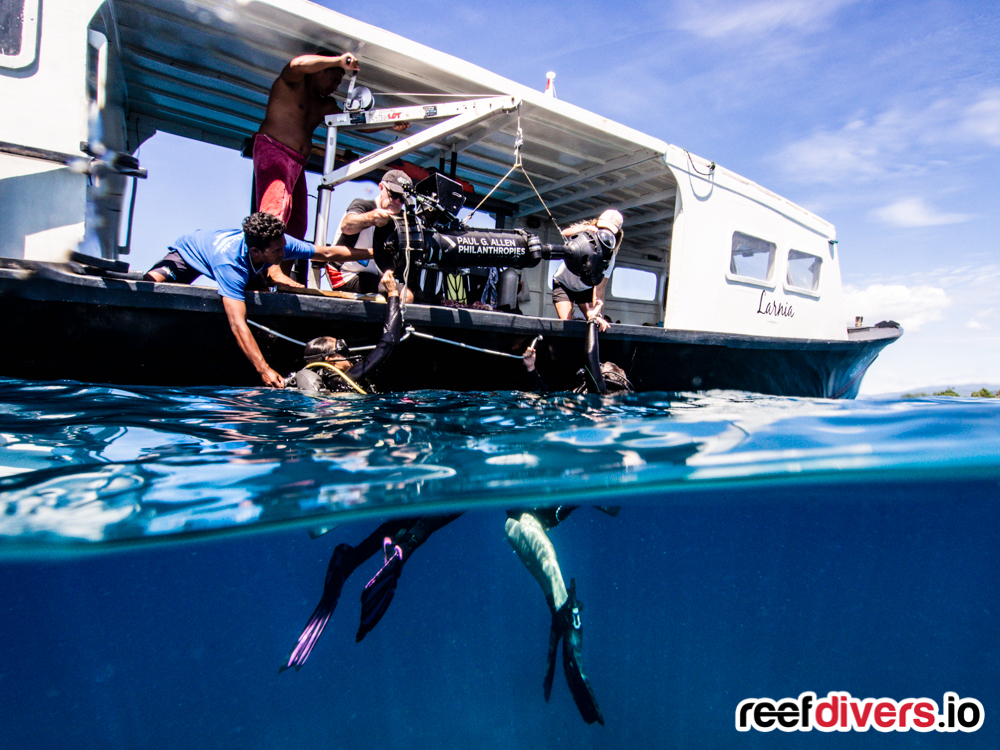 Named Seaview II (or SVII) for short, one of the scooters is equipped with a custom made bug eyed orb, which contains three high-resolution Canon 5D MarkIV cameras. The cameras are timed to fire syncronistically and collect up to 1000 images per dive (3000 between the device).
The divers glide one meter above the reef, snapping an image every 3 seconds. Each survey is between 8 and 10m depth along the reef crest, this is the area where coral growth is most prolific. If they document change at this depth you could expect change at all other depths.

The divers have a thin tether to a GPS tucked into a surface float, so that each image is geo-referenced in space and time. This allows the team to go back to the exact same spot that the team visited last time.
After the survey, the images can be stitched together to make panoramic images, 3D videos, or each quadrant can be analyzed for benthic composition. The current Paul G. Allen Seaview survey will use single images taken from the bottom camera, however, all the image data from the surveys are available to the public at globalreefrecord.org. 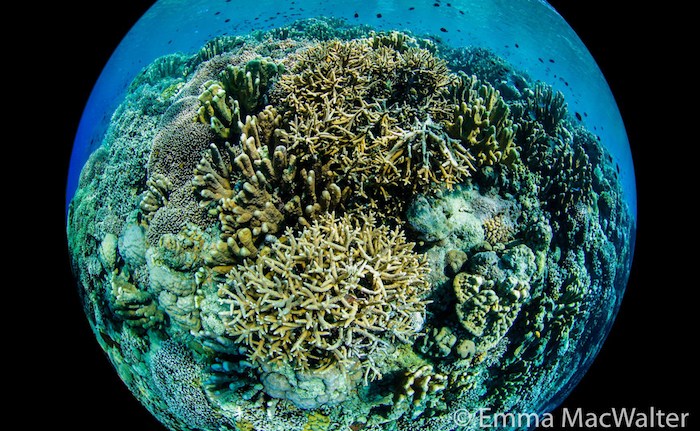 Each evening the team downloads the days’ images onto a hard drive, which will go back to the Global Change Institute laboratory at the Queensland University in Australia. Back in Australia researchers use image recognition technology to analyze thousands of images generated over the duration of the expedition.
In the lab, they run the images through a sophisticated computer program which can automatically detect the amount of living coral (percent living coral cover), algae and other organisms that make up the reef. The machine used to analyze the images also identifies the coral taxa giving information on what species of coral and algae are making up each reef. 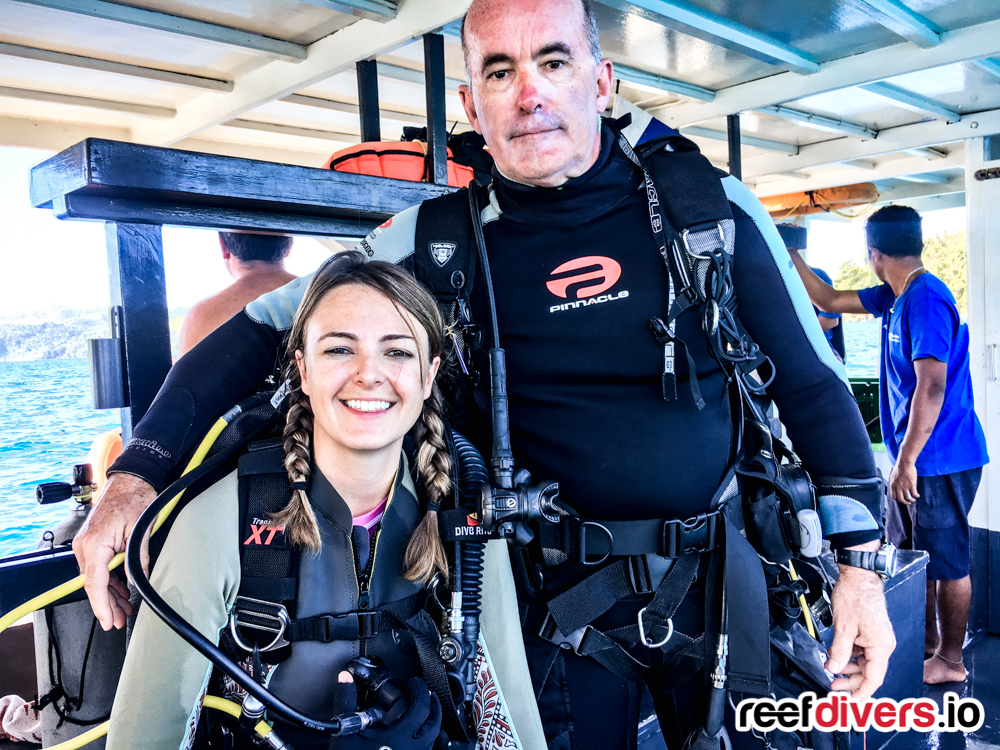 I spoke with Dr. Emma Kennedy and Prof. Ove Hoegh-Guldberg, between dives who were both optimistic for the resilience of coral reef in Sulawesi. Before running the lab-based analysis of the images they confidently told me the coral reef in Sulawesi have been spared the recent coral bleaching and ocean warming crisis, and that Bunaken’s coral reefs are officially thriving
What made this project so unique was that the same initiative surveyed the reefs in 2014 and so on this trip they were able to assess the same areas and compare data to give a factual analysis of change – not just speculation.
Only one member of the team, Dominic Bryant, was on both the 2014 and 2018 survey. He says he thinks the coral cover has remained pretty stable from what he remembers – and its also clear that there is little evidence of bleaching damage. The team will now need to analyze the data back in Brisbane to know for sure how the surveys compare between 2014 and 2018.

All the images and data being collected is put on the Global Reef Record (www.globalreefrecord.org), and anyways is able to view and analyzed the data. I had never played around with this website before and boy oh boy are we more excited than ever to have such a resource available at my fingertips.
Through the free online portal you can transport yourself anywhere the team has surveyed, this included many off the beaten path reef scapes throughout the world.

Here’s a look survey date from Bangka Island, Northern Sulawesi Mainland, and Bunaken Island National Park. You can choose to view the data as a single image quadrat, stitched 3D images and even shorter timelapse videos from the dive. There is even an image analysis function created showing percent cover of coral and other benthic organisms along the transect.
We want to think the team from the Global Change Institute for welcoming me on the expedition and answering my many questions and Murex Dive Resorts Sulawesi.

Our 10 Favorite Stories from 15 Years of RVS Fishworld