The Coral Restoration Foundation™ is building a massive Caribbean coral gene bank along the coasts of southern Florida. The underwater haven for corals currently holds 303 coral genotypes across 10 species, including the massive reef-building corals Orbicella faveolata, and Orbicella annularis.
Left to grow for centuries Orbicella, common name star coral, reaches a mountainous size. Different star species grow in pillars, plates, and boulders. As the coral grows it leaves a rocky skeleton which becomes the foundation for new corals to colonize. 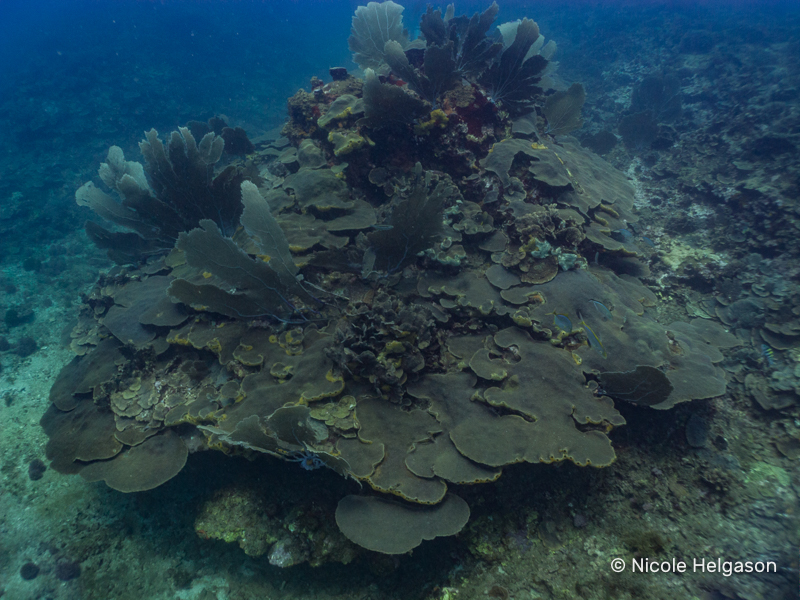 These corals are coming under threat in Florida, and are now listed as threatened or endangered. The Coral Restoration Foundation is looking beyond branching Staghorn and Elkhorn horn corals, branching out to include critically important reef-building species like Orbicella, safeguarding a healthy reef ecosystem for the future.

Why Gene Banks are Important

A gene bank is a small sample of wild corals with diverse genetic backgrounds. Having many different geno(types) of coral (from the same species), allows for genetically­conscious restoration and resilient reefs for the future.
Sexual reproduction of corals, for the use of coral restoration, is an emerging necessity.  Corals can reproduce asexually through cloning, this is how we can fragment a single piece of coral, into several pieces, which themselves can all grow into a new coral colony. Even down to a single polyp with the right condition, the polyp will continue cloning itself and a new colony can emerge.


However, there is a downside to all of this cloning. Identical clones have a low resilience, meaning they could all be affected by the same disease, or be more/less susceptible to temperature and light fluctuation. This makes it difficult for the coral to adapt to rapidly changing environments, and a higher risk they could be wiped out in a single blow.
By collecting, and safeguarding many samples of multiple genotypes, the sexual coral spawn offsprings are genetically superior to a mono-coral crop.
See also  CoralCure Ointment Base2B is a topical treatment for Stony Coral Tissue Loss Disease

Habitat conditions are key to growing a healthy happy coral. The Coral Restoration Foundation Restoration Program Associates, Dan Burdeno, and Tommy Paige have designed a new coral growth platform called the Boulder Coral Tree, using materials already used in different underwater projects.
The boulder trees are designed to hold Obricella fragments on what looks like plastic plates or ceramic disks which are all facing the surface. The platforms are suspended by buoys with adjustable ropes anchored to the substrate. The Boulder Tree has ten branches can have a total of 60 – 120 coral fragments. 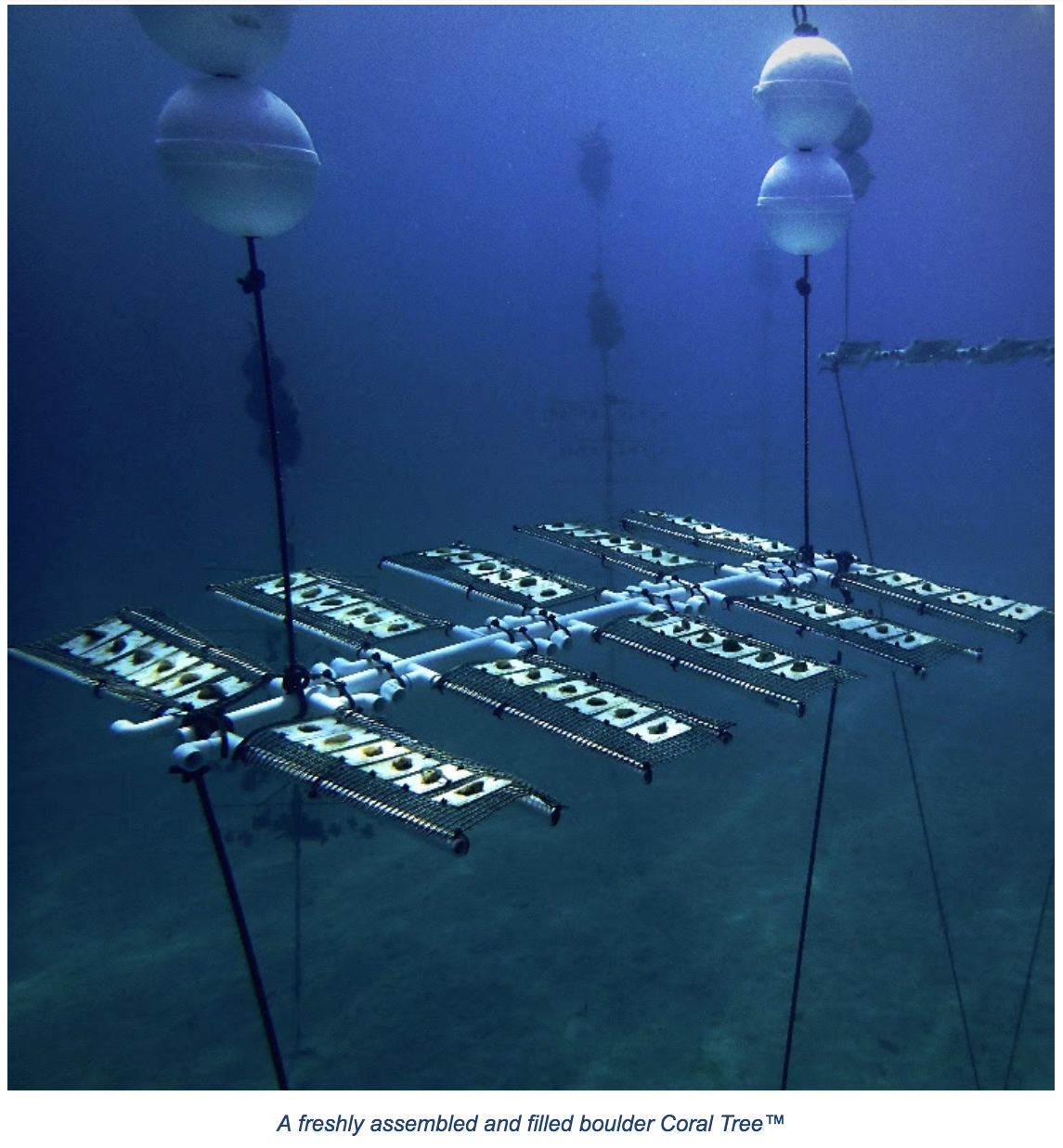 Although I have yet to visit this in person, the Coral Restoration Foundation website says their nurseries have become a vital repository of genetic diversity and that some of these genotypes can now only be found within their underwater gene bank. 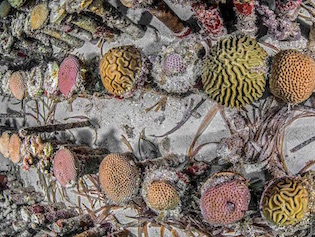 They have collected exhaustive information on all nine of our coral species including genotypes, collection location, phenotypic observations from within our nurseries, locations within nurseries, and genetic sequencing data. And what is very exciting, is they plan to make the information publicly accessible through a genetic database.
From various pictures we’ve seen of the Coral Restoration coral gardens, I took a guess at the ten species of coral in their seed bank. Orbicella annularis, Orbicella faveolata, Acropora cervicornis, Acropora palmata, Siderastrea siderea, Psuedodiploria strigosa, Diploria labyrinthiformis, Dendrogyra cylindrus, Montastrea cavernosa, Porites furcata, or type of branching Porites.
Hopefully, very soon we will see one of every Caribbean coral species represented in the gene bank. Maybe one day we can ever see fragments of Caribbean coral in reef aquariums across the USA to further protect native coral populations. [CRF]

Make sure to visit the Coral Restoration website for more information. Want to check out these new boulder coral trees? How about have a hand at cleaning them and preventing algal competition? Join CRF on a dive program today!