This is One Incredible Yellowfin Surgeonfish

There are over 80 species of surgeonfish but the aquarium hobby is dominated by yellow tangs, blue tangs, purple, koles, powder blues and just a few others. But there’s a whole world of tangs and surgeonfish that are barely represented in the reef aquarium world, one good reason is that dozens of these can grow to huge sizes, some of them two feet or more. 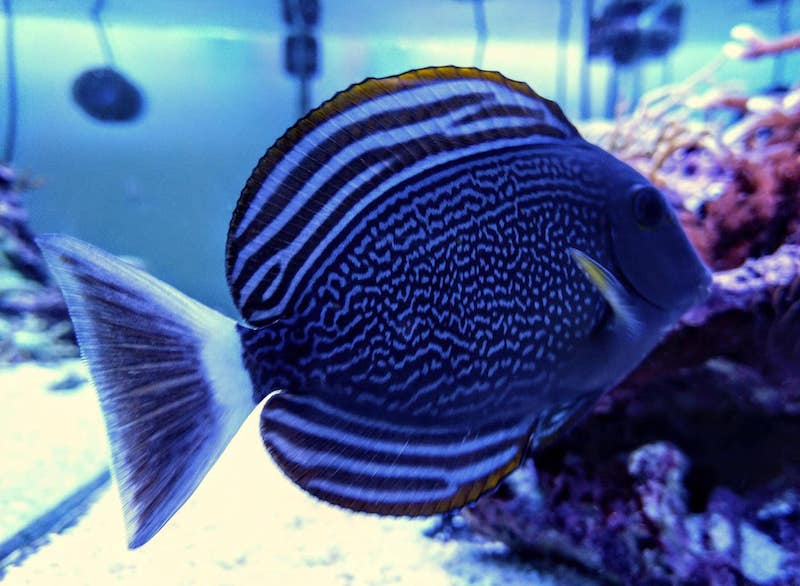 Rarely do we get to see a nice McCulliceps, Bariene, Fowleri, Dussimier or similar large Acanthurus tang, among these is the yellowfin surgeonfish – A. xanthopterus. When large this species grows to well over two feet long and we’ve really only ever seen this species in the largest aquariums, like the Long Island Aquarium and Tang’s Restaurant in Nuremberg. 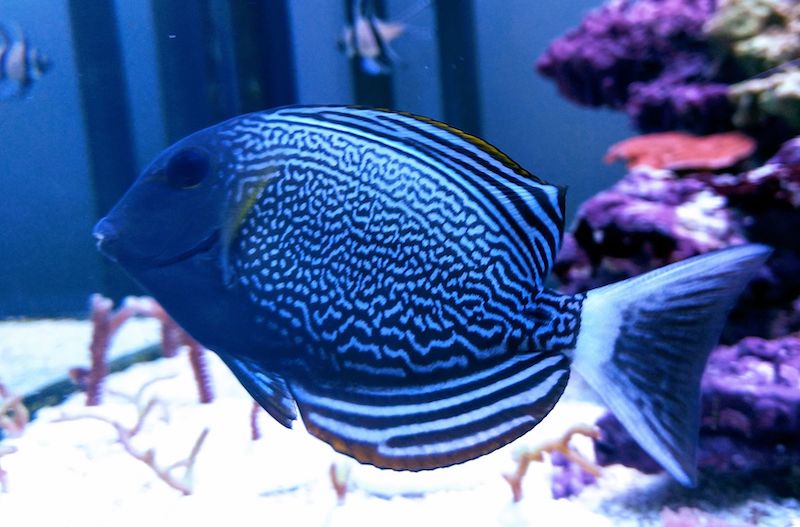 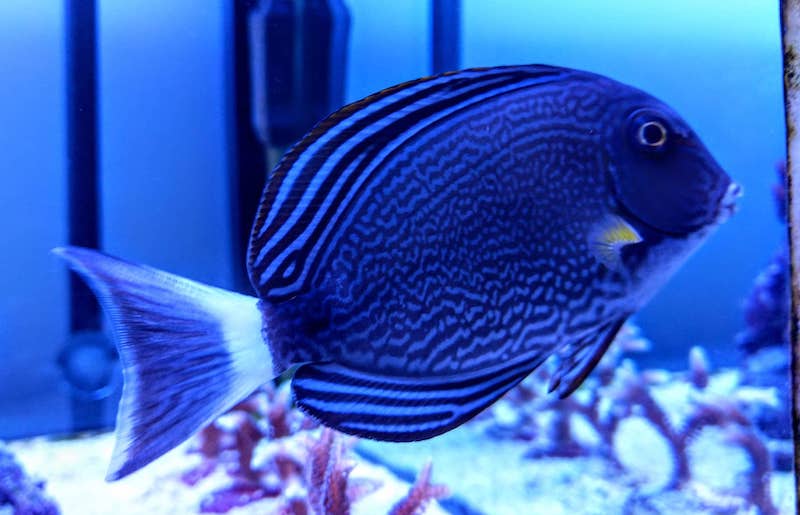 Many surgeonfish species can ‘enhance’ their colors and pattern but we’ve never seen a juvenile yellowfin light up the way that André’s does. The steel blue grey lines are so intense and pronounced that we initially believed this was a hybrid of some kind – and it still might be – but we can’t make any assumptions or assertions from just these pictures.

The only way to tell if this is a purebred or cross, besides genetic testing, would be to see how this fish grows up and develops as it gets larger. In the meantime we want to thank Mr. Lavareda for sharing his pictures of this really stunning surgeonfish and wish this specimen the best of luck and a long life in captivity.

Acanthurus Xanthopterus.? – Be strong with Aquaforest.