The Price of Being Popular, Thresher Shark Diving Malapascua

Last month we hopped on a flight from Bali over to the Philippines for thresher shark diving Malapascua island. This tiny island off the northern coast of Cebu is home to one of the most elusive shark species, the  pelagic thresher shark.
Hundreds of divers flock to a single dive site each morning for a chance to spot these elegant creatures. As the sun begins to rise, scuba divers roll the dice on their chances to check a thresher shark encounter off their bucket list, descending to the top Monad shoal.

On top of Monad shoal is a cleaning station with both blue-streaked cleaner wrasse and moon wrasse. The thresher sharks come in the morning to have small parasitic worms picked off their skin by the cleaner wrasse.
Overnight the small fish are sleeping, so the sharks come up in the morning when the fish are waking up and have empty bellies, ready to munch off the parasites. [Simon Pierce].

But here is the problem, or the price of being popular.

The sharks come because of the cleaner fish, the cleaner fish live inside the delicate coral, and with hundreds of divers with one goal in mind… well the corals are far from thriving. Responsible dive centers coach their divers to stay off the reef, and behind the line, but as soon as a thresher is spotted, excitement kicks in, and corals get kicked.
It’s easy to see where coral rubble has turned to sandy rubble, right in line with divers fins. 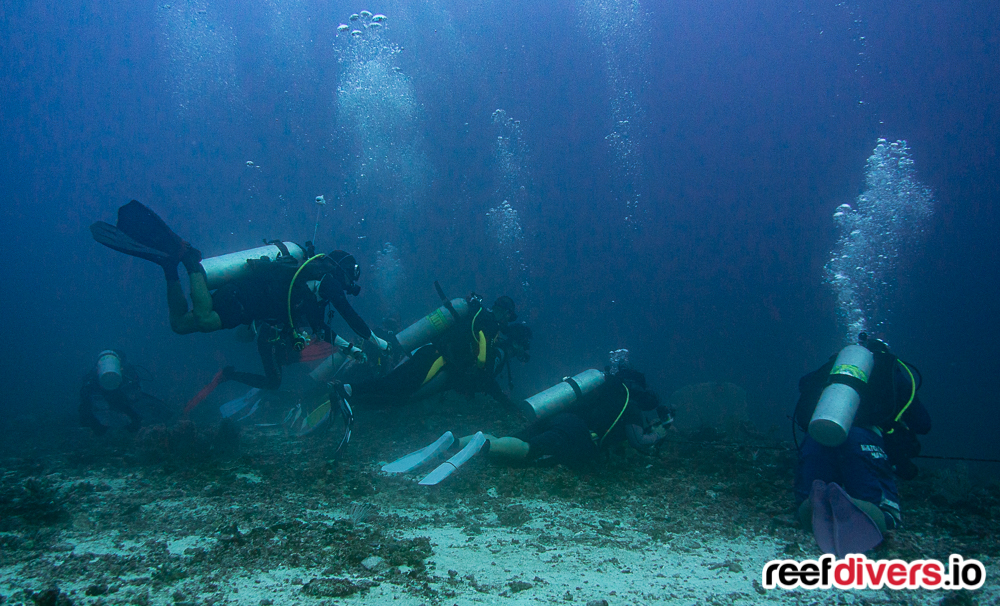 Over the past five years, tourism has increased exponentially around Malapascua island. The entire dive industry here is based around thresher shark diving with most dive shops using the iconic thresher image in their logo or name.
During peak season 20 boats carrying more than 15 divers each can decent upon Monad shoal each morning. We couldn’t help comparing this experience to gambling in Las Vegas. Throw your pesos on the counter and roll the dice, you could get lucky and have an amazing encounter, or feel satisfied with a 10-second glimpse of the thresher.

But in the end, is all of this tourism worth it?
The industry in Malapascua is based around this one single dive. However, due to the sharks popularity, their fragile habitat is being abused day after day.

I spoke to many divers before arriving in Malapascua and they all told me the same thing. The corals were destroyed, nothing left. So I wasn’t expecting much from the coral in Malapascua. Yet, once I arrived, I was overwhelmed with the number of corals in Monad shoal. This dive site must have been a true paradise some 10-20 years ago. 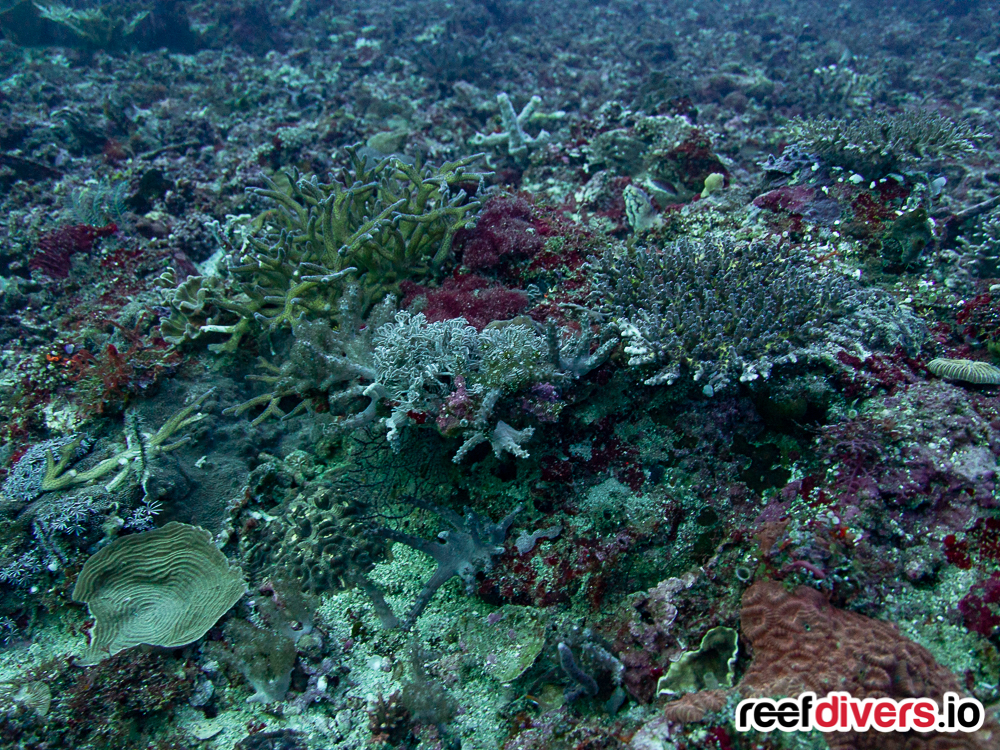 While the picture above may not look like much, as we were unable to use lights during the dive, on this one single rock I counted over 30 hard corals species… 30… That’s huge.
All around Monad, a few body lengths behind the lineup of divers I was amazed at the diversity of corals. I found many unique species and hundreds of baby corals pointing to the health and connectivity of this ecosystem. 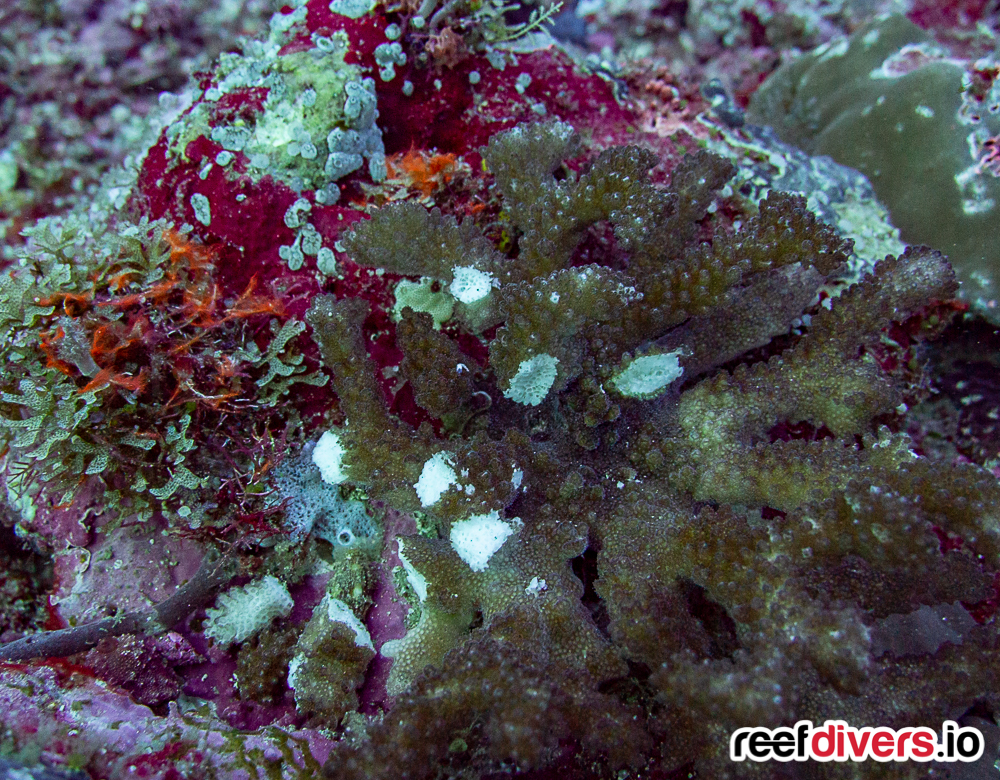 Despite this discovery, you didn’t have to look far to find evidence of divers. Nearly every coral colony had some broken branches. This broken Pocillopora must not have been broken more than a few days.
And this isn’t an easy coral to break. This wasn’t an errant fin kick which damages more delicate branching corals, (as you can see in the image above), this could easily have been a knee, an elbow, and a forceful kick.
It’s easy to see the impact scuba divers have on this ecosystem as there is a line showing where divers have been and have not. And while it is a step in the right direction to keep divers behind a line, the thin margins of coral on the reef crest is minuscule compared to the fields of coral being crunched behind. 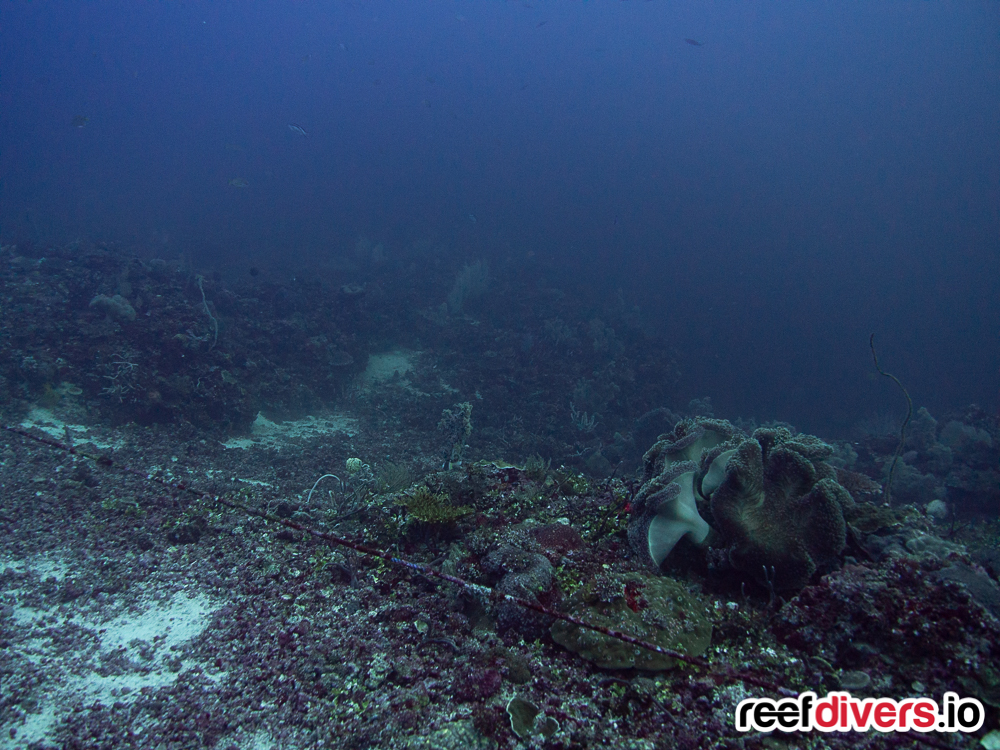 Should Monad be closed to tourism? What would happen?
There is little hope this dive site will be closed. As we mentioned earlier the entire dive industry of Malapascua is based around this one attraction thresher shark diving. However, we can look at an interesting case study of Manta Point.
On the far side of Monad shoal is a second dive site called Manta Point. A few years back Manta Point was closed to divers for two years, and all the corals started coming back. The reef was covered in branching Acropora’s and full of fish life. Once it came time to open the site, it didn’t take more than a few weeks for all the corals to be destroyed.
Now we don’t think that divers set out intentionally to break corals, but being underwater is disorienting and the excitement of seeing a shark takes over. Then, it doesn’t take much to knock a coral back six months or longer.
Monad shoal was chock full of interesting corals if you know where to look. We believe by educating divers about coral diversity they will pay closer attention to the delicate habitats underneath them.

If you’re going to go diving in Monad shoal, make sure to choose a responsible dive operator who doesn’t allow kneeling on the reef. Opting instead for neutral buoyancy hovers.
We went diving with Dive4Help Malapascua

Is This a NEW Acro Eating Flatworm?