Chromis tingting, a New Species of Damselfish from Japan

Chromis tingting is a brand new species of damselfish described from Japan by Lemon TYK and Anthony Gill. Hailing from Japan’s famous Sagami Bay, the new Ting Ting damselfish has been confounded with similarly colored Chromis like C. mirationis with which it co-occurs in some areas.

Like most damselfish and especially Chromis species, the new C. tingting has a unique juvenile and adult appearance which changes as the fish grows and ages. The little guys are mostly a light greenish silver body with blue ‘eyebrows’ and pale yellow fins that become clear at the margins. 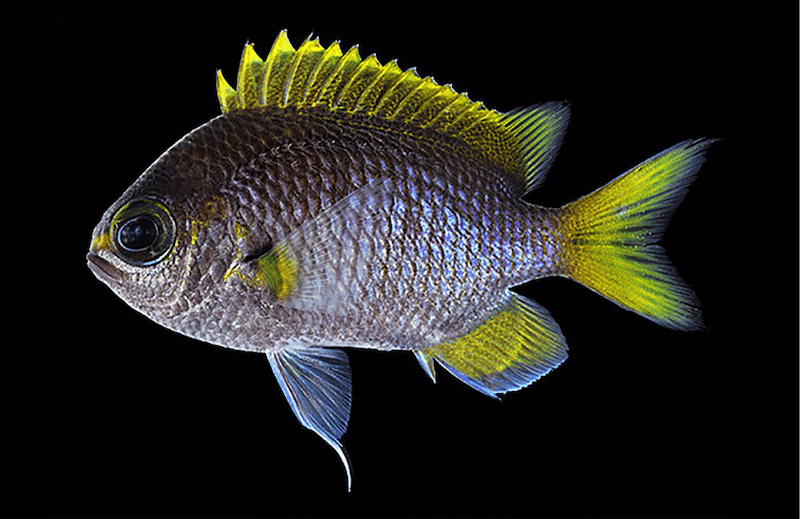 Unboxing the Motherlode of Rare and Exotic Fish [video]

Some Fish are MUCH Smarter Than Birds & Mammals