The Clipperton Angelfish is a poorly known species of large marine angelfish in the Holacanthus genus. The reason we don’t hear about or see this fish is because it only comes from Clipperton Atoll, a serious distance away from anywhere people regularly go or live. 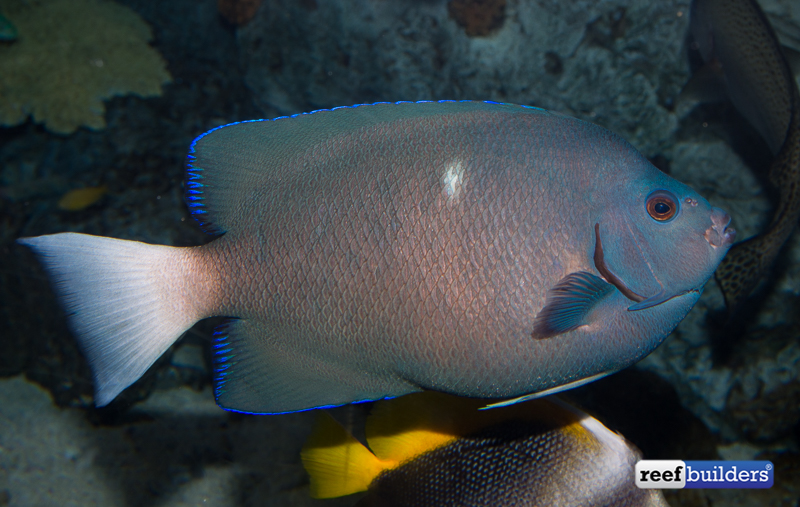 But those two island systems are sprawling expanses compared to the tiny spit of rock of Clipperton Atoll that Holacanthus limbaughi calls home. The island itself including the lagoon it encloses consists of an area of around 6 square kilometers, but the shallow reefs surrounding it are only about 3.5 square km of area down to about 30 meters. 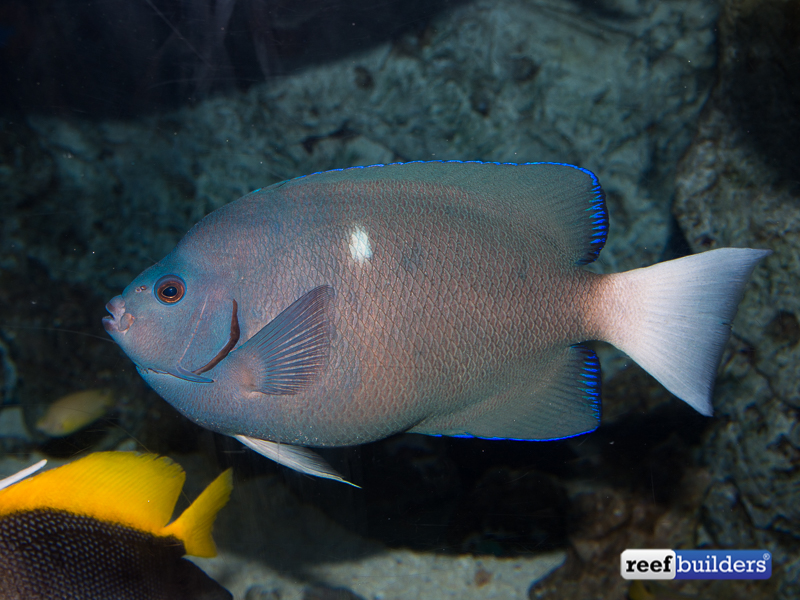 This tiny area is probably one of the smallest territory of just about any vertebrate species, and incredibly surprising for a large Holacanthus species such as the Clipperton Angelfish. Probably descended from an isolated population of Clarion Angelfish, this species gene pool must be very homogenized showing a close resemblance to some white tailed, blue queen angelfish from the inbred population at St. Paul’s Rock, Brazil.

A group of researchers recently published a population assessment for Holacanthus limbaughi to determine their population size and susceptibility to declines. It’s kind of crazy to think that due to the small size of the entire range of H. limbaughi, the researchers were able to make a fairly narrow estimate of the number of Clipperton Angelfish living at this atoll, and therefore in the entire world.

By extrapolating the density of Clipperton Angelfish seen at various depth and multiplied by the total area of available habitat, it was estimated that there are approximately 52,000 living H. limbaughi in the world. It’s incredible that some of the clipperton angelfish larvae actually stick around to repopulate the island because Clipperton is surrounded by open ocean desert for thousands of miles in almost every direction, but we’re glad they do because the Clipperton Angelfish is a very special marine fish.

May 10, 2019
Site Sponsors
Reef Builders is Supported by: