Resin reactors are a brand new concept in reef aquarium water treatment being promoted by Hmahli Marine Life Support Systems, specially designed for use with the Blue Life USA line of resins. Chemical medias such as activated carbon, granular ferric oxide and aluminum oxide are an important tool in the control of unwanted substances and nutrients in the reef aquarium. 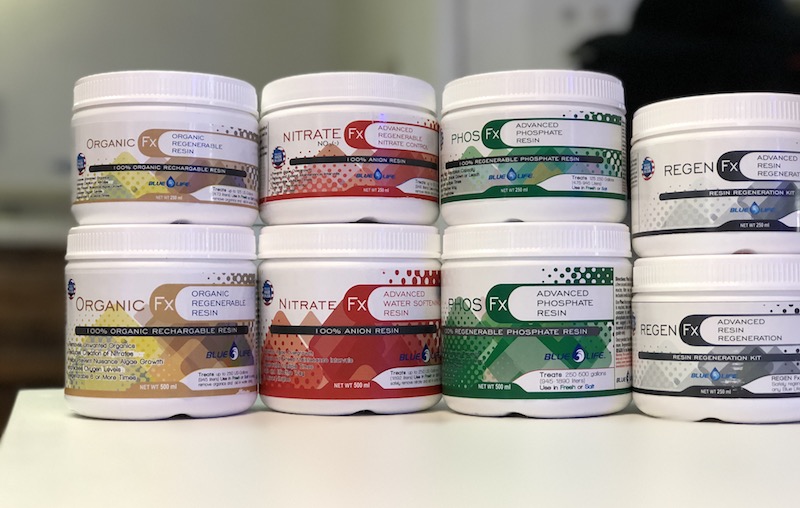 More recently, a new class of chemical absorption and adsorption resins are pushing the envelope of nutrient removing performance, and some of them have the added benefit of being regenerable. The most effective method of using chemical medias in the aquarium is to actively pass a generous volume of water through filter media reactors, the likes of which have been thoroughly covered and documented here over the years. 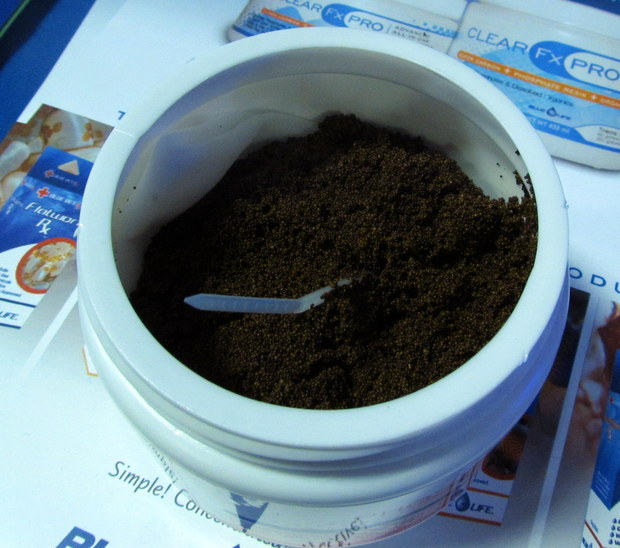 Chemical resins however work better with slower flow through to enable more contact and dwell time with the medias, which is where Hmahli’s new resin media reactors come in. The Hmahli resin reactors come in two colors, red or blue, and are currently only being offered in one size as a complete kit which includes a quality Sicce pump, tubing and a 250ml container of your resin of choice. Interestingly, this is not the first time that Blue Life USA has pursued the concept of a resin-specific media reactors with the introduction of their Resinator reactors nearly five years ago.

One cool new feature of the Hmahli Resin Reactor is the use of quick disconnect john guest fittings which allow the semi rigid tubing to be easily installed and removed, and the flow control valve is also of the John Guest variety. While these Blue Fx chemical medias are more expensive up front compared to GFO or Carbon, it is their regenerating capacity that adds long term value to using them.

The Hmahli resin reactors are also intended to serve as the regenerating container wherein the active tumbling of the media in the regeneration fluid surely will increase the recharging efficiency. The complete kits are just now beginning to trickle into the U.S. aquarium market with a retail price of $209 and with so much promise, it’s only a matter of time until we learn more about the performance & efficacy of these novel reef aquarium media reactor.

May 15, 2019
Site Sponsors
Reef Builders is Supported by: