Corals grow in different growth forms to survive in different habitats, and the coral growth form which a most easily overlooked are the encrusting species. These corals creep along the rocks like a crust holding everything together, almost like a layer of cement fusing together the substrate.
The growing edges of encrusting corals are often a lighter color than the older coral skeleton. This edge can be a thick rounded layer that looks like melting candy, or a thin delicate later hardly distinguishable from the rock.
Encrusting corals can tolerate high flow environments much more than any other growth form of coral. You can find encrusting corals in nearly every underwater habitat, however, you will find the hardier varieties dominate reef walls which are prone to swift currents.

It is important to note that most hard coral species start out as encrusting. All coral growth forms (except for free-living corals) will encrust on a rock or hard surface first to attach themselves. Then once they have a strong base they will grow out into plates or up into branches. They can even start forming domes or boulders.
It is common to find corals with multiple growth forms, so don’t be discouraged if you can’t definitively fit a coral into one growth form category.


Cyphastrea is a true encrusting coral with only one Cyphastrea species which is known to have a branching form the rest are encrusting. Cyphastrea is recognized by the round cone or tube shaped corallites covering the surface of the colony. What is important to notice is this corallite each have their own walls with gaps or space between each new corallite. There are around 10 species of Cyphastrea 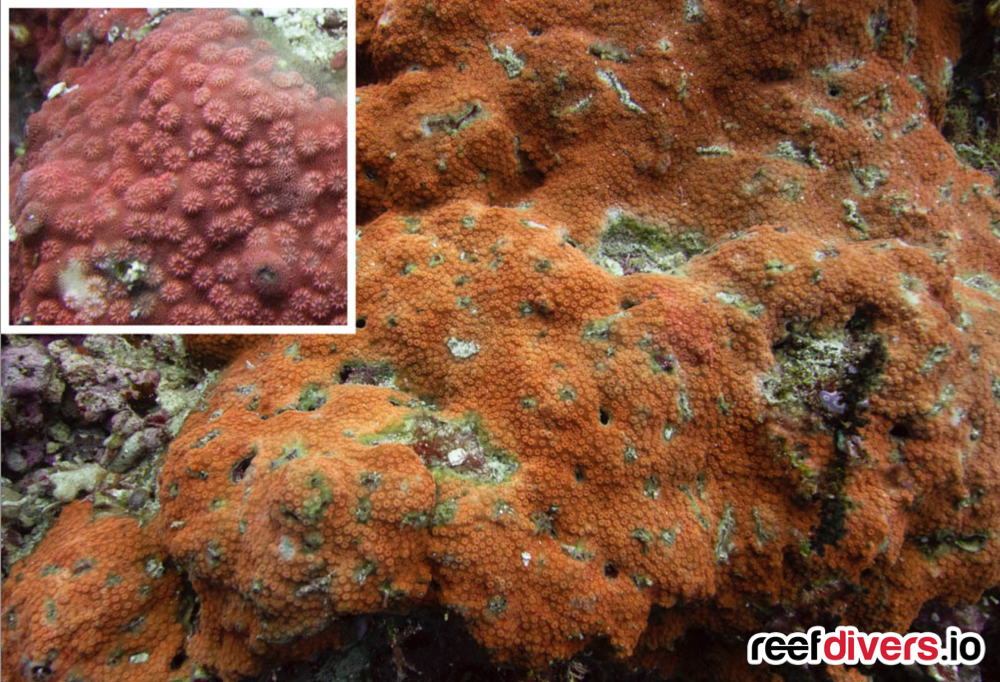 The Marine Betta Really Comes Out at Night!