The Maxspect Jump DC10K is a very unusual pump from the company that’s brought us products that were always designed far outside the glass box. The Maxspect Razor is mostly passively cooled, the Recurve has ‘wings’ that are like built-in accessory strip lights, the Turbine duo has one motor and two volutes, and the Gyre pump pretty much invented a whole new category of in-tank water pumps from thin air. 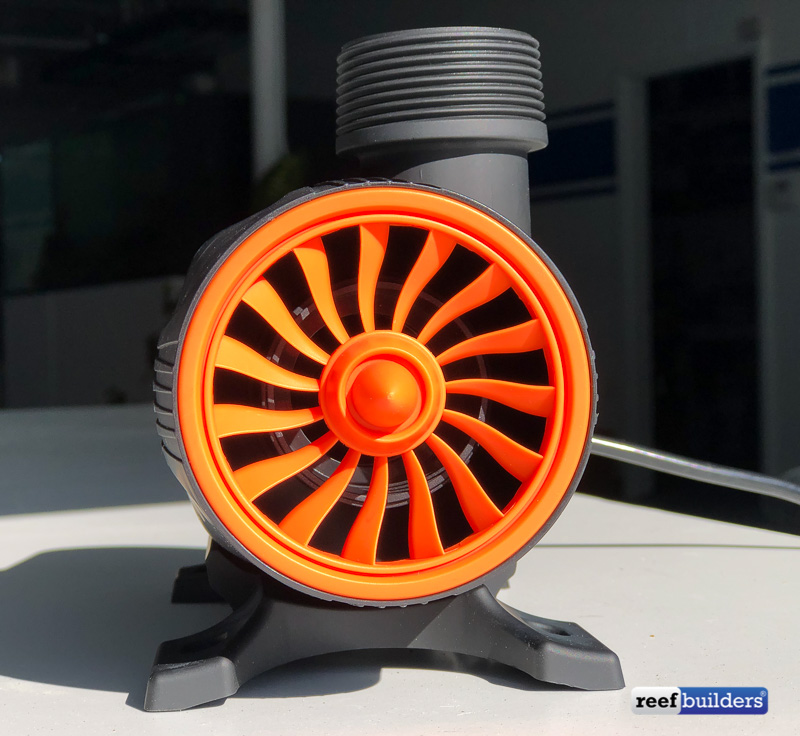 What’s surprising about the Maxspect Jump DC pumps is that they are actually quite normal pumps, even if Maxspect succeeded in giving them a unique and interesting appearance. In a way it’s actually refreshing to see a powerful and versatile controllable DC pump like the Maxspect Jump which does not have wireless capability and very limited programmability.

The pump itself is an interesting form factor being a little bit large, but its overall footprint is actually elongated, which is pretty much ideal for fitting into the pump compartment of most sumps. The body actually has a rubberized coating which we’ve seen on all kinds of modern electronics and aquarium products, but this is the first time we’ve seen it on a device that is designed to be submerged. 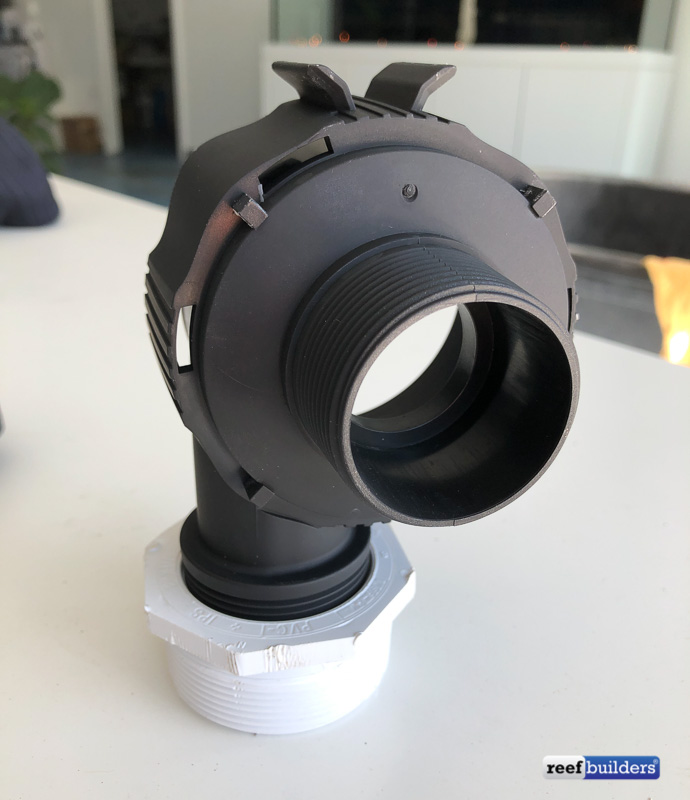 The inlet and outlet of the Maxspect Jump have a standard 1.5 inch male pipe thread which plays nice with US PVC plumbing fittings and pipes so it should be rather easy to incorporate into a hard plumbing job. But if you want to go with a more low key installation, the accessories for the Maxspect Jump include sturdy barbs that screw onto the inlet and outlet like a union.

Although the controller for the Maxspect Jump isn’t wireless that doesn’t mean that it’s a stripped down controller by any means, and we’re really impressed by the functionality available with just a few buttons. There’s 15 steps of flow speed, three different feed mode durations in 10, 20 and 30 minute timers, and two different pulsing mode. 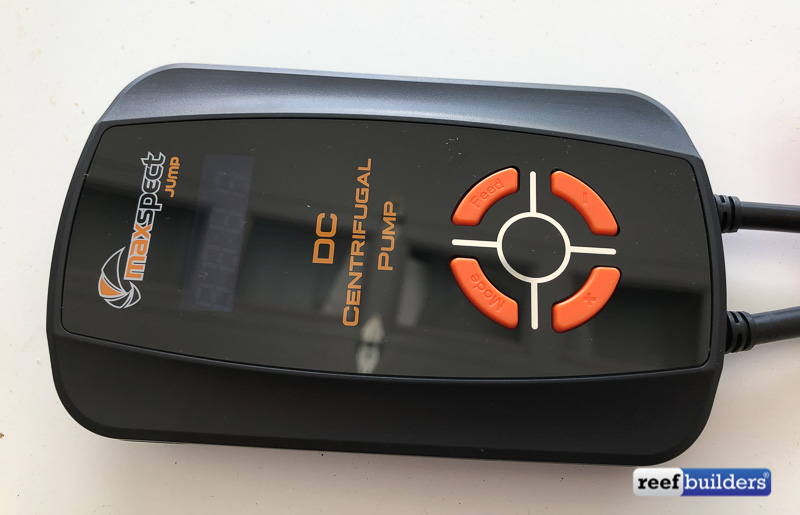 Pulse mode one ranges from a minimum of 0.6 to 4.4 seconds and has a sharp start and stopping of the impeller which might be able to produce true harmonic waves. Meanwhile a second pulse mode ‘two’ has a frequency ranging from 3 to 22 seconds, a little too fast for creating uniform full tank water movement like a real gyre pump so it would have been more useful to have the duration last a lot longer from 30 to 200 seconds.

There’s no mention of sine wave motor signal for uber quiet operation however we don’t expect these be particularly loud, they just won’t be ninja pumps that you have to touch to confirm they are running. Pricing is still unknown on the first two models of Maxspect’s first ‘normal’ aquarium products in great many years but in the meantime, we’ll be testing it on some real world applications and getting back to our readers with the full review.