Corazon’s damselfish is a brilliant new species of damselfish that was discovered just last year has already been treated to an official description. This little treasure of a reef fish from Madagascar has been bestowed the latin name of Pomacentrus vatosoa surprising the armchair taxonomists among us who had this fish pegged as a member of the Chrysiptera genus.

Unlike virtually all other species of damselfish, and many reef fish for that matter, Pomacentrus vatosoa is a pearly white fish overall. The outline of the fish is obscured by a dark eyestripe that continues into a black dorsal fin, and a pair of black spots on the body and top of the caudal peduncle looks like a pair of eyes. 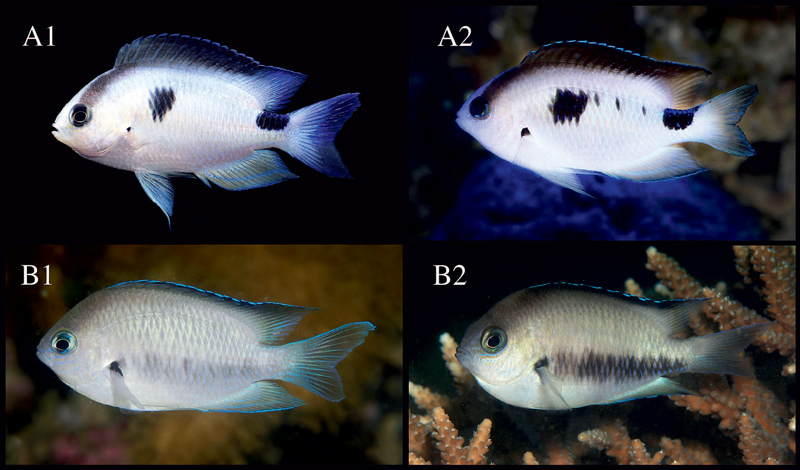 Pomacentrus vatosoa aka Corazon’s Damselfish is apparently related to another relatively new species from Madagascar, P. atriaxillaris which was described in 2002 and has a more typical silvery grey body coloration. The newly discovered and freshly described Corazon’s damselfish is a beautiful new species with an appearance that is worthy of its tough nature and behavior, and we’re thrilled to have the new Pomacentrus vatosoa already making the rounds in the reef aquarium hobby.

Pomacentrus vatosoa is described by Benjamin Frable and Yi Kai Tea in the latest volume of Copeia.