Bali Aquarich is firing on all cylinders with the second announcement of a new captive breeding breakthrough in about as many weeks. Fresh off the heels of the world’s first captive bred purple tangs – only the second Zebrasoma to be cultured, and the world’s first breeding of regal angelfish – a completely new genus to be cultured, Mr. Su and his team have announced their success in rearing the venustus or purple mask angelfish. 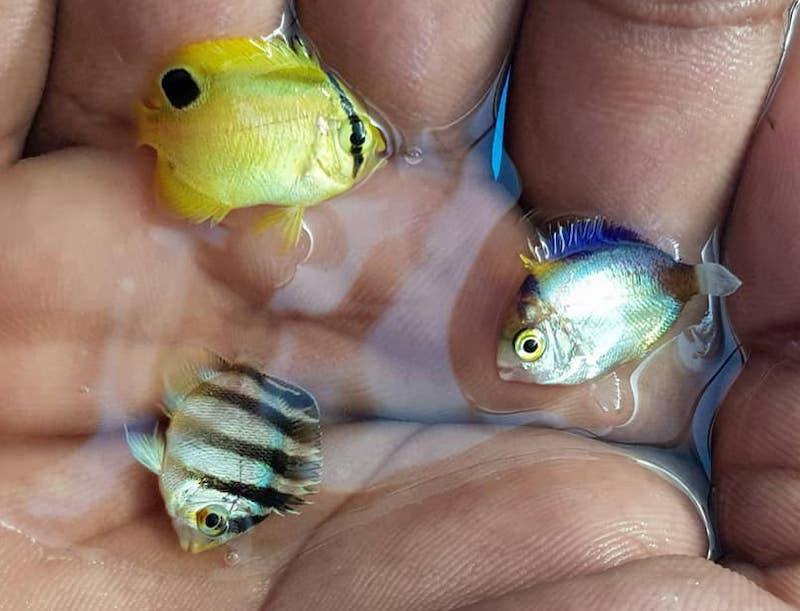 The purple mask angelfish, Paracentropyge venusta, is a popular aquarium fish even if it is infrequently kept or encountered in the western aquarium trade, but they get a whole lot more love and attention in Asia. It is also one of three species of the unique high bodied Paracentropyge genus which also includes P. multifasciata, the multibar angelfish that Bali Aquarich is also breeding, and the holiest of rare holy grail fish, the peppermint angelfish. 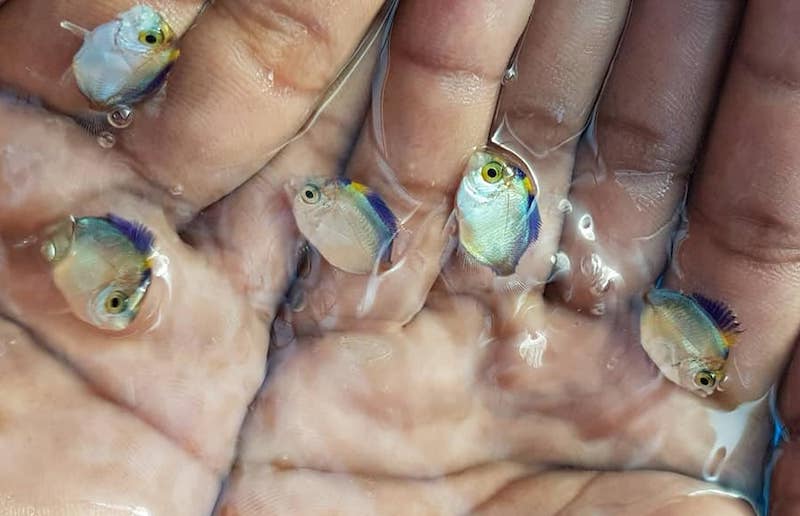 Bali Aquarich is known for not only breeding a wide diversity of desirable reef fish but also of raising them in truly large, commercial scale quantities. It’s when you raise huge clutches of offspring from a given pair that you can truly start to see and notice some variation in their appearance, color and pattern, something which is well documented in the purple mask angelfish.

There’s high-yellow venusta, there’s very purple, purple masked angels, and since Bali Aquarich is already breeding multibars why not dabble in crossing multibars and venusta to create one of the most sought after marine fish hybrids, the coveted multibar x venusta angelfish? What else can we say except that Bali Aquarich is absolutely crushing the captive breeding of ornamental marine fish and we imagine we’ll be back to report on their latest breakthrough pretty soon.