A few years ago I met Belinda, one of the owners of Dive Munda, and we quickly became friends. After chatting for a while about scuba diving, the Solomon Islands, and yes you guessed it CORALS, Belinda started telling me about her favorite reef in Munda, Alice in Wonderland.
She explained to me how over the past few years, logging in the Solomon Island has been leading to increased sedimentation on the reef, and she feared this was the reason certain corals were disappearing at her beloved dive site. This conversation is what set off a chain reaction which led me to this trip around the Solomon Islands.

Visiting Alice in Wonderland, assessing the reef, and setting up a coral nursery was of top priority, and we were excited to help install Munda’s very first coral nursery.
After visiting this dive site, and eventually the rest of the Solomons, it became clear there was a tiny assassin lurking in the coral. The dreaded drupella snail!

While sedimentation from logging is a major problem in the Solomon Islands, after only one dive, I’m unsure sedimentation is the major cause of coral loss on this reef. Instead, a likely candidate for the corals decline is the voracious drupella snail.
Within two minutes of diving, I found a handful of giant drupella snails. I had never seemed them this big. In Indonesia, we often find small snails no bigger than your fingernail, but the Solomon Island snail was as long as my thumb!
There are certain wrasse fish which can chomp through the tiny snails, but once they reach such a large size it is difficult for predators to crack the shell. Left to thrive, these tiny predators cluster together in coral colonies and feed on coral tissue. 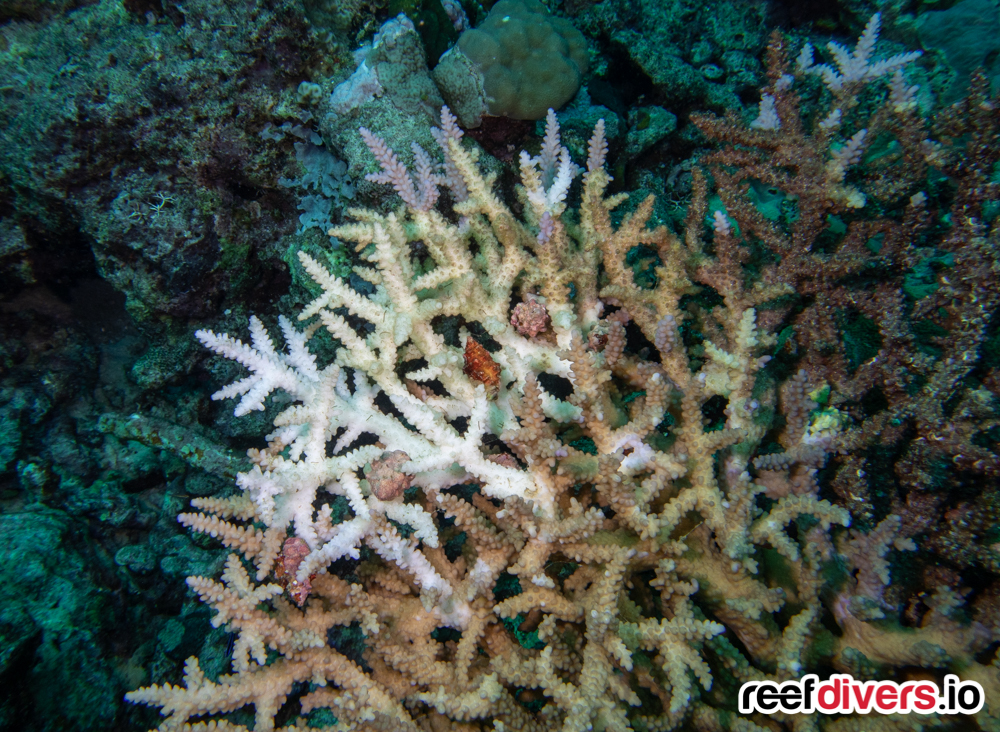 While not the nicest thing you want to find on a reef, at least this was a problem we could tackle head-on, and start developing a strategy to preserve this location. Although there are few if any fish which can break the drupella snails, luckily we humans have hands and tools which we can use to remove the snails!
Step one was complete, asses the problem and come up with a strategy.
See also  Solomon Island Acropora millepora Are Taking Over Unique Corals

On this reef, the drupella seemed to love the large colonies with wide-spaced out branches and it was easy to spot the telltale signs. Look for dead parts of a colony, often with a margin of white before healthy tissue.
After removing drupella, we helped train the dive team how to spot these predators and encouraged them to remove drupella on every dive.

Our next step was to set up a nursery and propagate these coral species which the drupella seem to love. One of the corals which stood out at Alice in Wonderland, and which seems to be a favorite of the snails was the Acropora plumosa.
This is unique coral as is grows in a horizontal direction and forms huge colonies several meters wide. There were different color varieties on the reef and our plan was to propagate these corals in a shallow nursery. 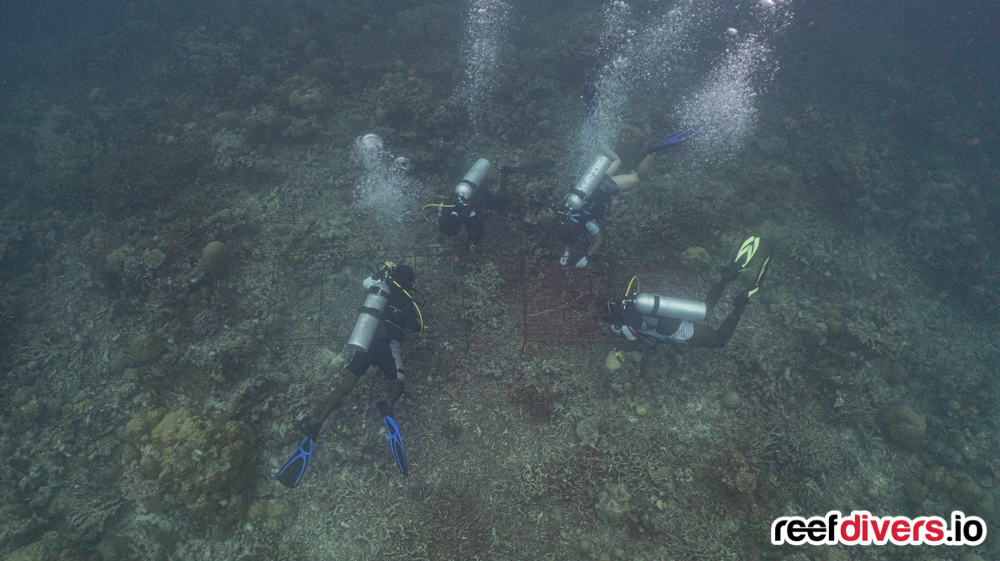 We set up two corals racks and the local dive team planted a few dozen fragments of plumosa corals. Once these corals start to establish and grow bigger the goal will be to use the nursery as mother colonies and start to reseed some of the colonies at Alice in Wonderland which has already died.
The dead corals are now covered in coralline algae and are still suitable habitat for juvenile corals. In fact on some of the skeletons, we found several small coral colonies, giving hope that this reef is healthy and connected to other healthy areas with spawning corals.

Now that the nurseries are installed the real work begins. Maintenance and monitoring are key to a successful coral rehabilitation project. The next step will be to identify some key area for rehabilitation and start with a baseline survey of the area.
Once this is complete monthly surveys and monitoring before transplanting corals will give the team a better idea of the success and outcome of their efforts. We’re excited to return next year to Alice in Wonderland and see the progress of the corals. And it’s not all bad news there were still lots of healthy beautiful corals on this reef! We’re just making sure it stays that way.

Deltec E-Flow Pump Launching in the U.S. this Weekend