The Hydor E-SK line of protein skimmers are the company’s first new fractionators in quite some time but a slew of interesting features will help the E-SK stand out in a crowd. A lot has changed since the release of Hydor’s Performer series of skimmers and the E-SK skimmers embrace all the new advancements that have shaped protein skimming in the intervening years.

The most distinguishing difference is the advent of controllable DC needle wheel pumps and Hydor’s new Seltz DC Pumps power all the new E-SK Skimmers. Other notable improvements to Hydor’s new skimmer include a double layer bubble diffuser plate, and a removable neck inside the skimmer cup.

Ten years ago all protein skimmers were more or less cylindrical but now it’s pretty standard to see all small to medium sized consumer or hobby grade skimmers have a conical body shape. The Hydor E-SK also goes with the conical flow, and it also employs a pipeless skimmer design and adds its own twist in the form of an adjustment rod that goes straight through the sloping sides of the body. 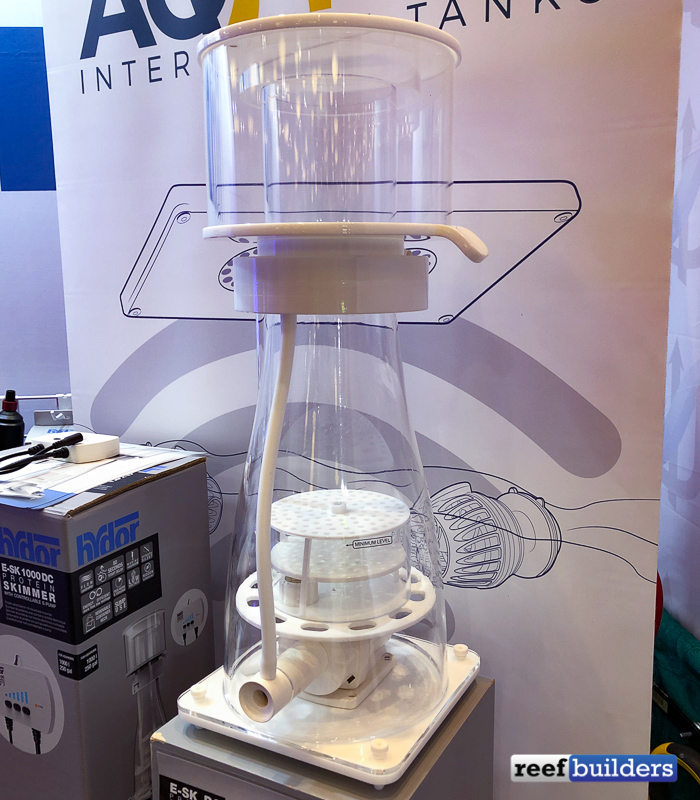 Last but not least the Hydor E-SK has an integrated air intake silencer in the form of a pretty robust collar that encircles the area where the skimmer cup connects to the body. We’ve seen Hydor’s new E-SK DC skimmers running at enough shows to have a reasonable degree of confidence that these will be great performers, so now all we need to know is pricing and availability which we finally uncovered while at MACNA 2019.

Hydor’s new E-SK DC skimmers will start at a paltry $349 for the E-SK 600 DC, the E-SK 1000 DC will be priced at $449 and the largest E-SK 1600 DC will top out at $649 which is a very reasonable pricing tier considering the features and capacity of these new skimmers. For full specs and a rundown of all the features see our previous coverage of the Hydor E-SK skimmers at Reefapalooza so you can make up your mind as to whether this skimmer is for you when they are released in ‘early October’ so just over a month away. 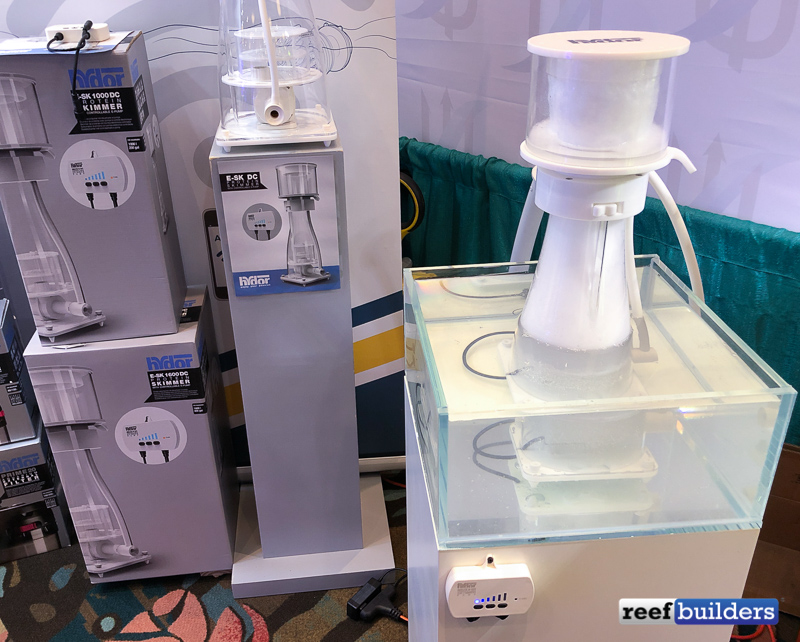