The Black Belt Yellow Tang is an interesting variant of Zebrasoma flavescens that was first brought to our attention from a specimen acquired by LiveAquaria two years ago. What makes the yellow tang so supremely iconic is its stark yellow coloration, which is why rare fish collectors take note when an aberration like the ‘black belt trait’ arises. 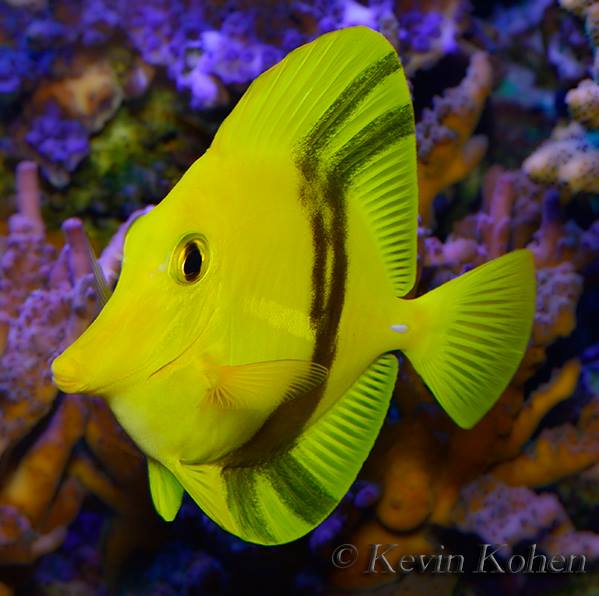 We wondered what happened to the very symmetrically striped black belt yellow tang LiveAquaria had because we never saw it pop up in the Diver’s Den. But in our visit to their facility earlier this year we found this unique specimen swimming around in the densely coral planted show tank where it was the boss tang of this setup – it seems that this particularly striking specimen of black belt yellow tang was just too cool for Kevin and his team to part with!

Although not nearly as striking as the solid white yellow tangs, or similar piebald yellow tangs, the black belt is a color aberration that we’ve only seen in recent collections of yellow tangs. We initially thought that LiveAquaria’s first specimen might have been a very rare one-off but there’s actually been a very small trickle of similarly sized yellow tangs showing the unique dark marking.

Interestingly, much like Koi Scopas tangs the quality of the marking varies a lot from the few rare individuals we’ve come across. The dark marking is usually vertical, and appears to be made up of tiny little spots as if it were spray painted into a stripe. The markings of young individuals tends to darken up with time, age and size so there’s a little bit of uncertainty as to what these fish will grow up like when they are larger and more mature.

They may not look like much when they are young but as LiveAquaria’s two year old Black Belt Yellow Tang demonstrates, these fish can be quite showy and eye catching once they reach a show size. 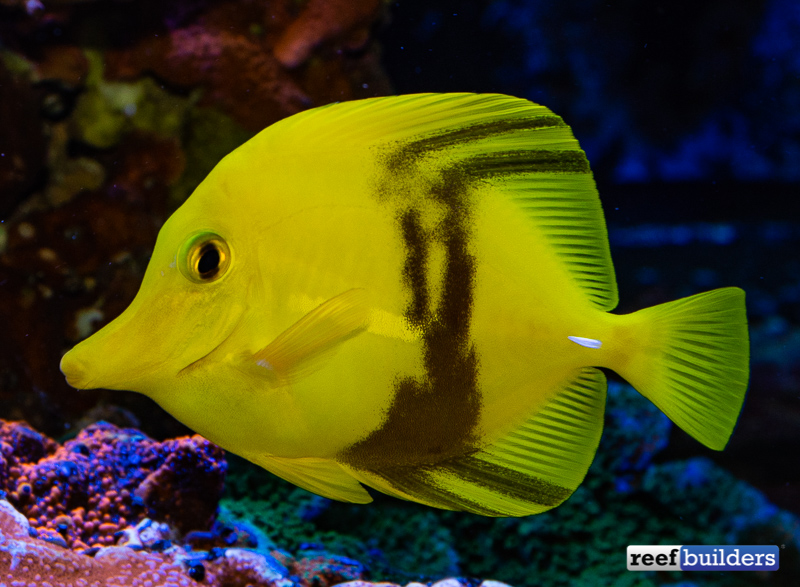 Keep Sponges OUT of Your Reef Tank!