The millet seed butterflyfish, Chaetodon miliaris, is a common and very abundant reef fish of Hawaii that is now available captive bred from Biota Aquariums. The milletseed butterflyfish is very hardy but should be even better adapted to aquarium life since they were raised in captivity but have been fed prepared foods all of their life. 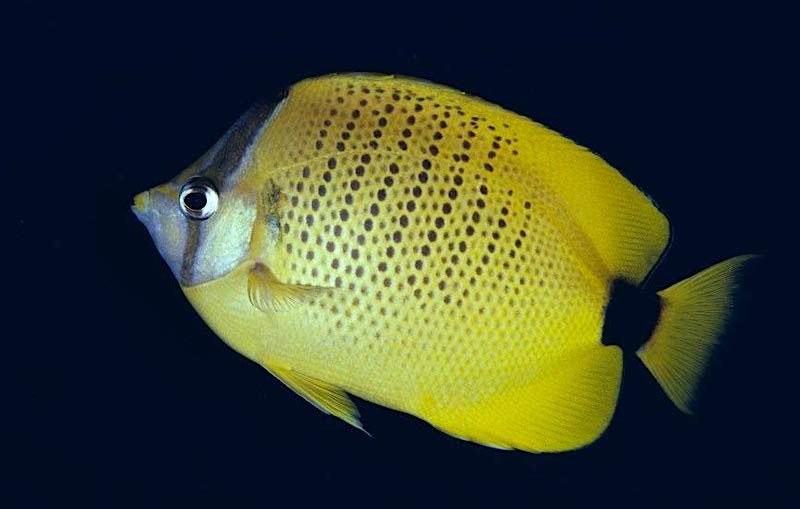 Butterflyfish are some of the most recognizable group of marine fish of tropical and even some subtropical environments. They can be found in pretty much all seas of the world but besides very few species like Copperband butterflyfish, the Chaetodon are woefully underrepresented in the aquarium hobby.

Butterflies once were much more common when fish tanks were the norms but since butterflyfish love to munch on reef critters, especially corals, very few of them are welcome in our reef tanks. But if you have a nice fish tank the milletseed is a bold and active species that should make for a great aquarium fish. While the Biota Milletseed butterflies are only two inches long and have a very light yellow color at five months old, they should become brighter yellow with age and will mature into a nice showy six inch fish that is yellow overall as an adult. 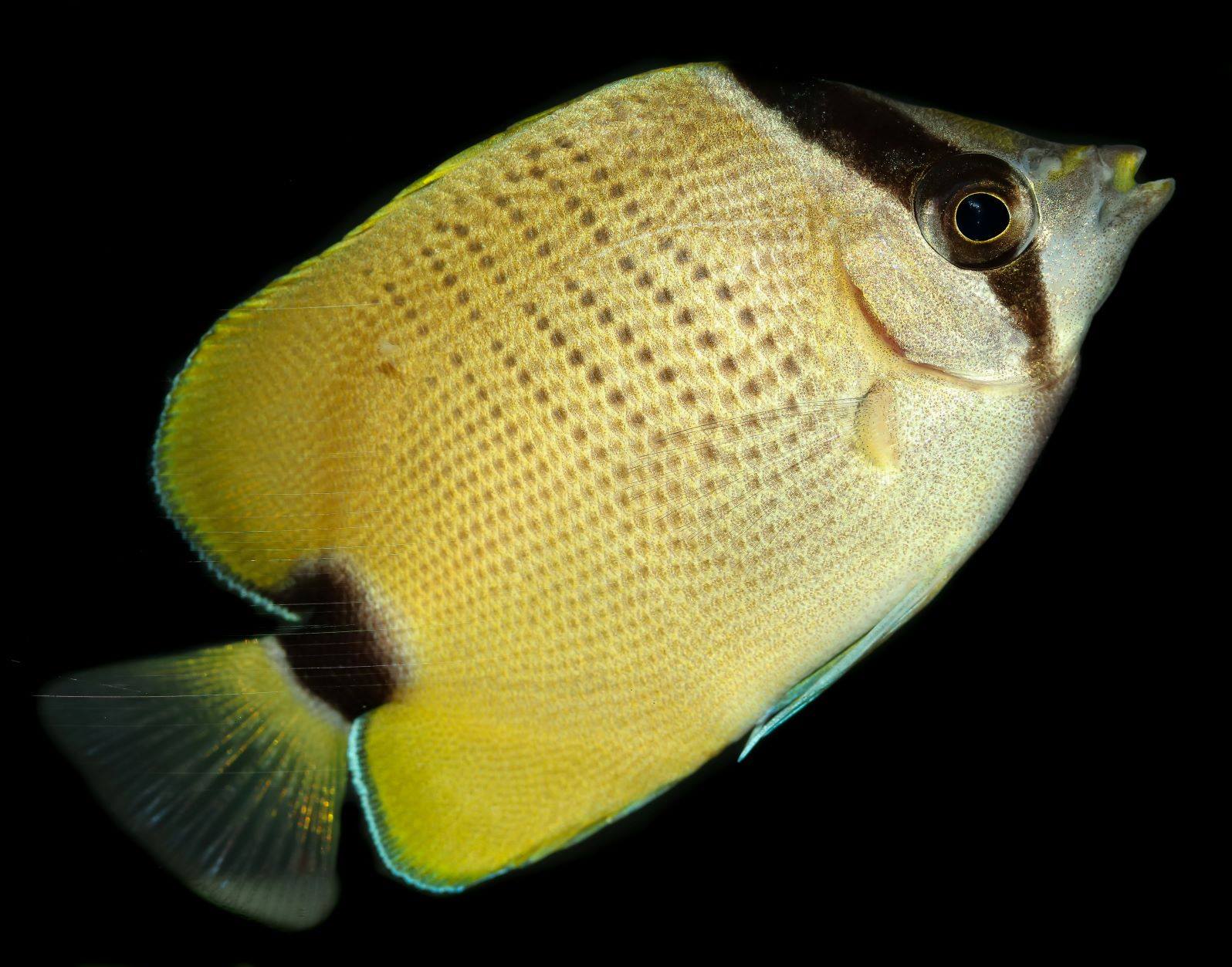 Large adult specimens of Chaetodon miliaris are actually quite beautiful showing a light series of dots on a saffron yellow body, a noticeable black patch on the tail and a face that borders on blueish in show specimens. Chaetodon miliaris may not have the same ‘poster boy’ appeal of some other more boldly colored and patterned species, but if you want a fun, hardy and personable butterflyfish that won’t give you any feeding troubles, you can’t do much better than the Biota captive bred milletseed butterflyfish.