It’s safe to say that the global reef aquarium hobby is collectively elated to get their hands on fresh new cultured corals, including some of the exotic and exciting strains from Bali Aquarium. The Indo Acropora in particular are exciting because they include a wide variety of species which are only known from Indonesia, more specifically the deepwater Acros that don’t come from anywhere else. 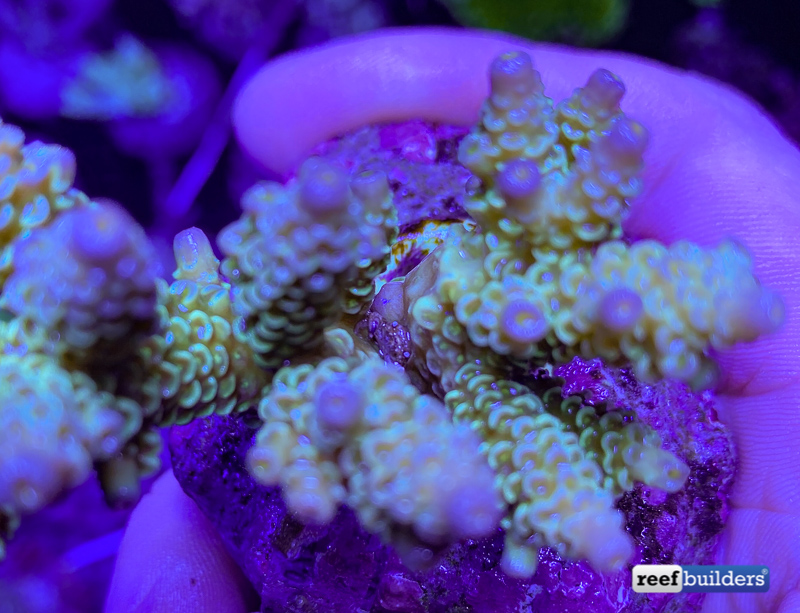 It’s easy to get super excited about these new shipments of cultured corals but we wanted to remind everyone to inspect the Acropora for undesirable, small gorilla crabs. It’s no fault of the coral farmers that corals cultured in the ocean have a proclivity to harbor small, sneaky little pests but they are the easiest coral pest to remove. 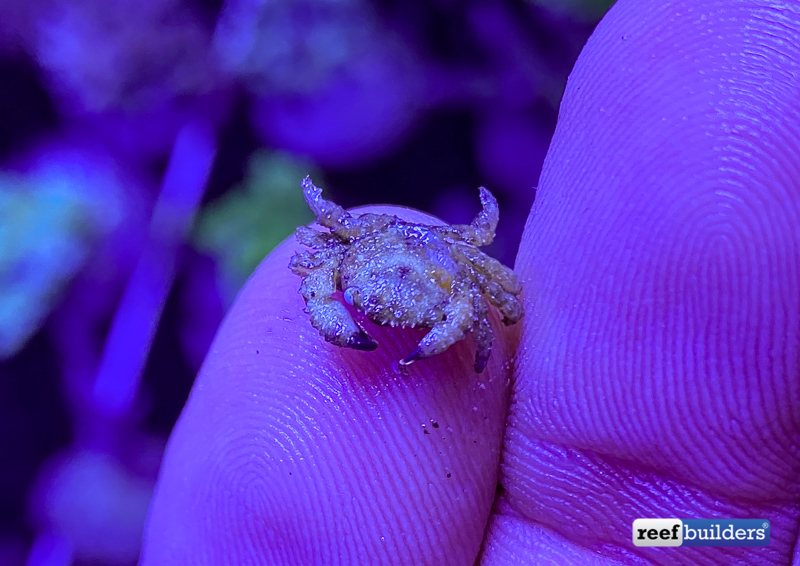 When left in the ocean, the small grey-brown crabs with blue eyes will eventually get spotted by natural predators such as small wrasses, triggers and filefish. However when the corals are shipped to aquarium environments with no natural predators, the small crabs can grow larger and start to cause damage by directly feeding on Acropora coral branches.

The crabs can be so small as to be almost imperceptible, so it’s important to look for the signs of their grazing activity that may be apparent before you can clearly see the small crabs. This grazing is visible as small slightly bare patches which are more pronounced at the junction of two branches, where they come together in a perfect saddle.

This ‘saddle’ is precisely where small and large crabs prefer to hang out and where inspection and removal efforts should be focused. Removing these unwanted micro-predators is incredibly easy, a small dental pick or needle can quickly remove the crabs but if they refuse to budge, you can simply impale them and they will float out in the water flow these corals require for proper health.

If a coral is looking great but has one or two branches or sections of polyp extension that seems off, this is a sign that your new cultured Acropora might have an unwanted hitchhiker. Upon closer examination you might even notice some cute, beneficial Acropora coral crabs, but these are smooth usually with one large claw, and pose no threat to Acros in the short or long term.

The damaging crabs can also be found in wild Acropora colonies but the monoculture of farmed corals makes them more susceptible, and you’re likely to find these more on Acropora with many closely spaced corallites such as A. millepora and A. vermiculata. These pests won’t reproduce in captivity the way that much worse flatworms and nudibranch can, so once you remove them once, you’re in the clear.

An introduction to coral crabs, good and bad