We’ve Been Hunting a ‘Tonga-Mussa’ for Over Five Years!

Tonga-Mussa is a name we came up with sometime before 2015 to describe a unique LPS coral that we’ve only seen imported from Tonga. At first glance this coral looks like a slight variation of the beloved Homophyllia bowerbanki from nearby Australia and while it could be a ‘Bower’ or ‘Banki’, something about it is identifiable from a distance.

While we have encountered the Tonga-Mussa in shades of red, green, brown, and varying degrees of greyish patches, it’s never as saturated in coloration as even a basic Bowerbanki. The images taken here are under multicolor blue light with an orange filter so it’s very flattering, the coral is a much more muted red in white light, especially compared to classic H. bowerbanki. 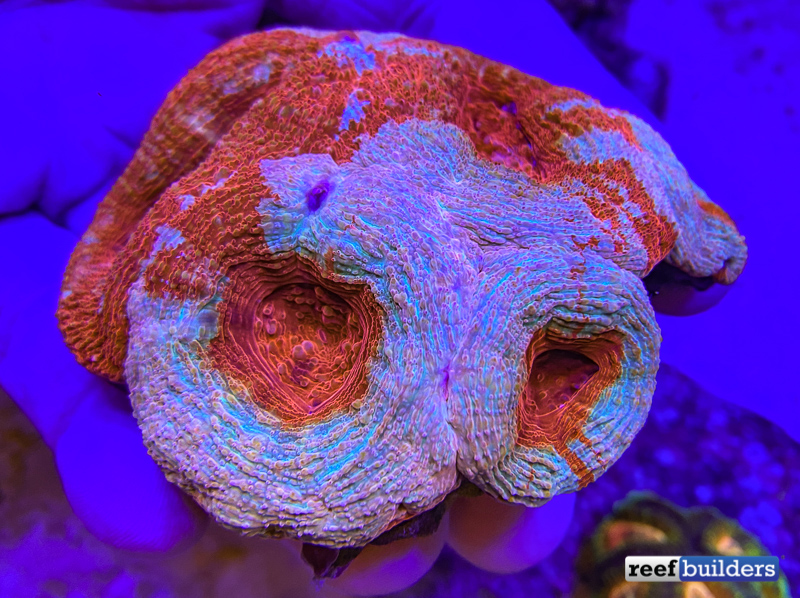 Furthermore, the Tonga-Mussa has a much more pronounced beaded texture to the polyps which almost looks like ridges or light concentric folds when the polyps are very healthy and wide open. In this regard it somewhat resembles the recently reclassified Acanthastrea pachysepta but it lacks the isolated enlarged septa of the latter. One surefire method to determine if this coral is in fact an Acan would be to put it next to other corals and see if it kills them, but since this is the best and only colony we have, we’re not taking that chance. 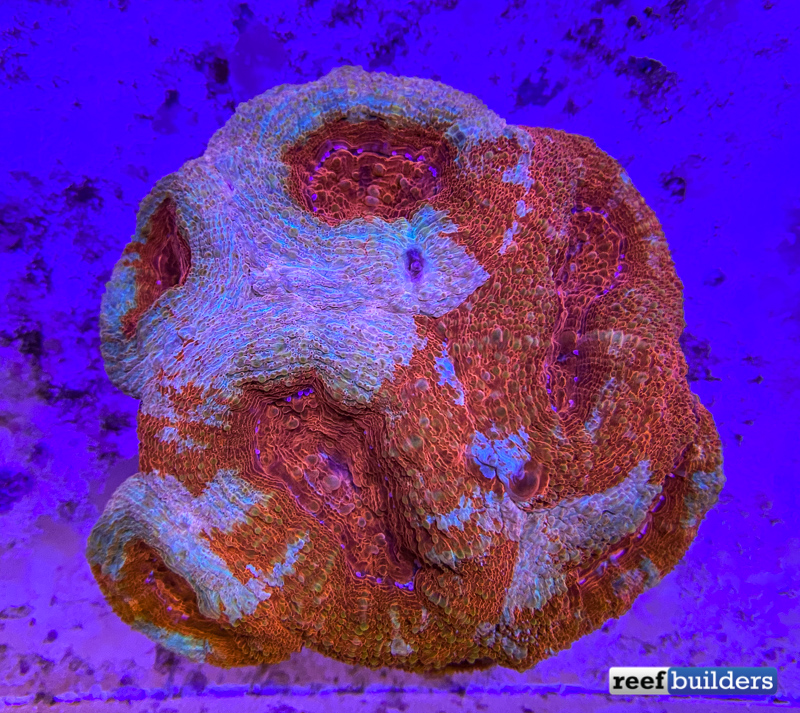 The other detail which is very consistent in colonies of this coral from Tonga is how large and well defined the corallites are, growing to about the diameter of a medium sized Australian Scolie – we once cut apart the polyps of a green Tonga Mussa and the individually separated corallites were almost indistinguishable from a regular green H. australis.

Additionally the fleshy parts, the polyp, are well defined from each other in a way that you don’t see for Bowerbanki. Some other wildcard identifications for this coral could also be related to Micromussa pacifica which frequently shows double or triple polyps, the odd Sclerophyllia from the Red Sea, or it could be an unrecognized Lobophyllia that just has a distinctive growth form. 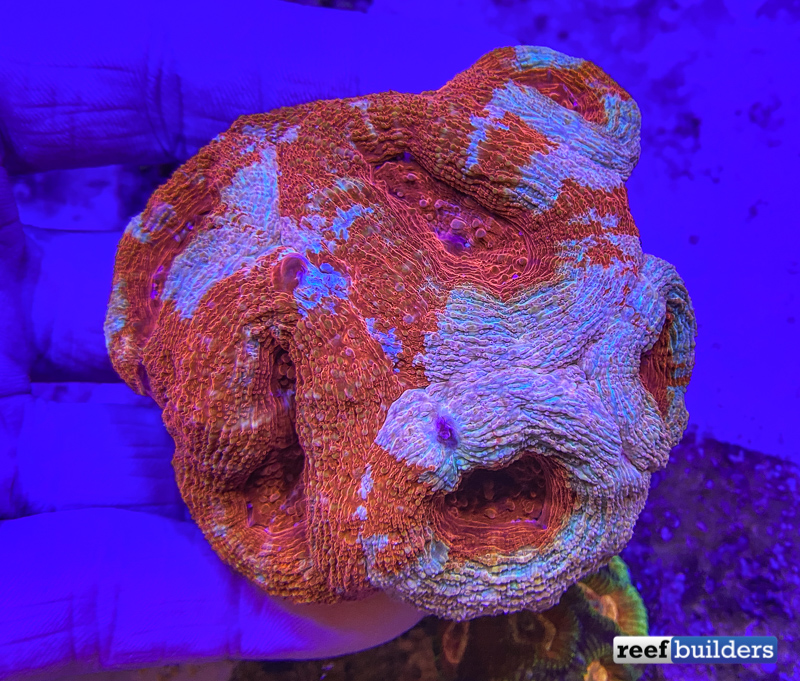 Whatever this coral is, we can spot it in a tank packed with various similar LPS and always confirm that it came from Tonga. This coral is not rare, and it’s not highly sought after, but usually the colonies are not very inspired.

Thankfully on our recent crawl of Colorado area local fish stores we came across the best colony of Tonga Mussa we’ve ever seen at Tropical Pet Oasis, and it was in perfect condition. It’s very fun to keep it as part of a cluster of solitary LPS coral such as Pacifica, Scolies, Bankis and a couple others and we’re just thrilled to finally have one in our collection.

See also  If You Knew How Rare Fox Corals Truly Are

Radion Gen 5 LED will come in Pro and Blue Versions!