For many years the even blanket of light coverage produced by a large bank of T5 fluorescent has been the status quo for growing sps corals. While one great led product after another seems to enter the market, most of them share the disadvantage of not having the even spread as these old-fashioned banks of T5’s, wide sprawling fixtures come into mind.

The Philips Coralcare is an ideal example of an LED lamp that is designed to show and grow corals – the intensity, spread and spectrum are all aimed to achieve coral growth comparable to what could be reached with the old standard of T5’s. 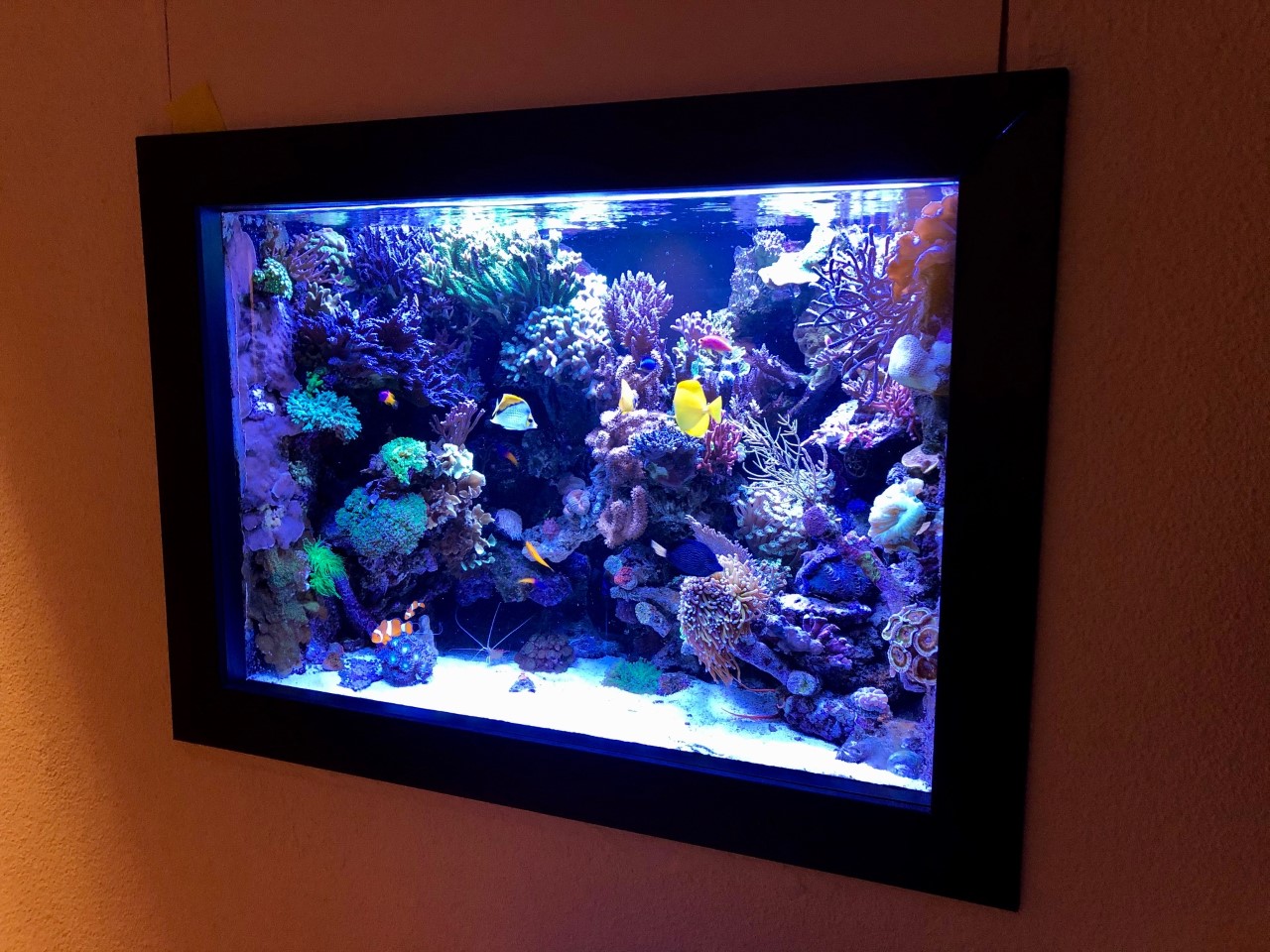 Since 2016 I have been using the Philips CoralCare LED light on my main tank, these first generation models designed with coral growth as a primary goal. Philips has succeeded in offering lights that grow coral very well, emitting a blanket of light with the intensity and spectrum needed to grow corals.

The first two models had a housing that looked quite industrial but staarting in December 2019 I began using prototypes of the new 2020 CoralCare model. Compared to the previous lights, the form factor of the fixture was improved and it now looks slimmer and more elegant. 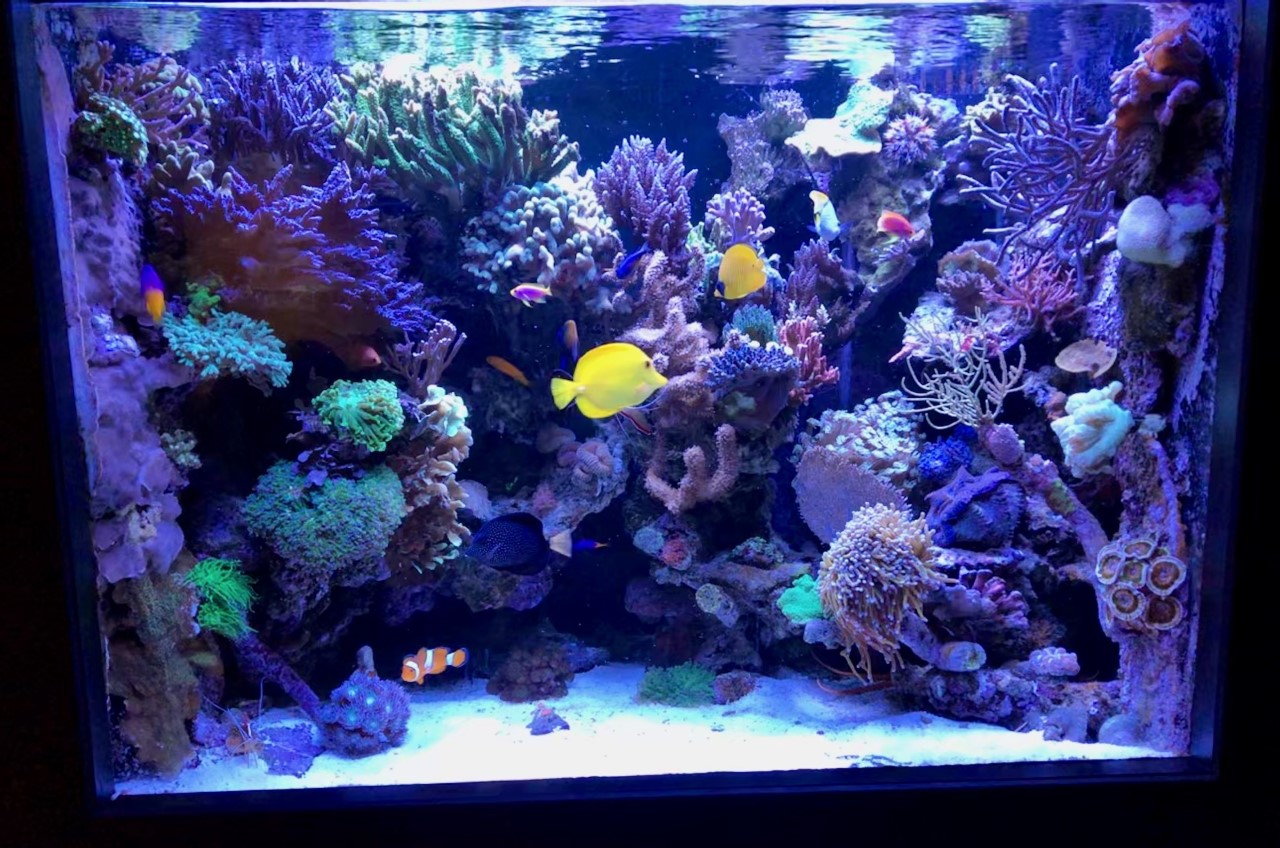 Other key factors such as industrial robustness and fanless, passive cooling have remained. They have also made sure the lights will not only comply to European but also to American safety standards as the fixture will now also be introduced in the United States.

Compared to the previous versions, the new lights stimulate more fluorescence in the corals. The diffusion plate now features four non-diffuse areas with white leds behind these. These discrete ‘windows’ enable the light to produce a subtle shimmering effect while still avoiding most of the disco ball effect. 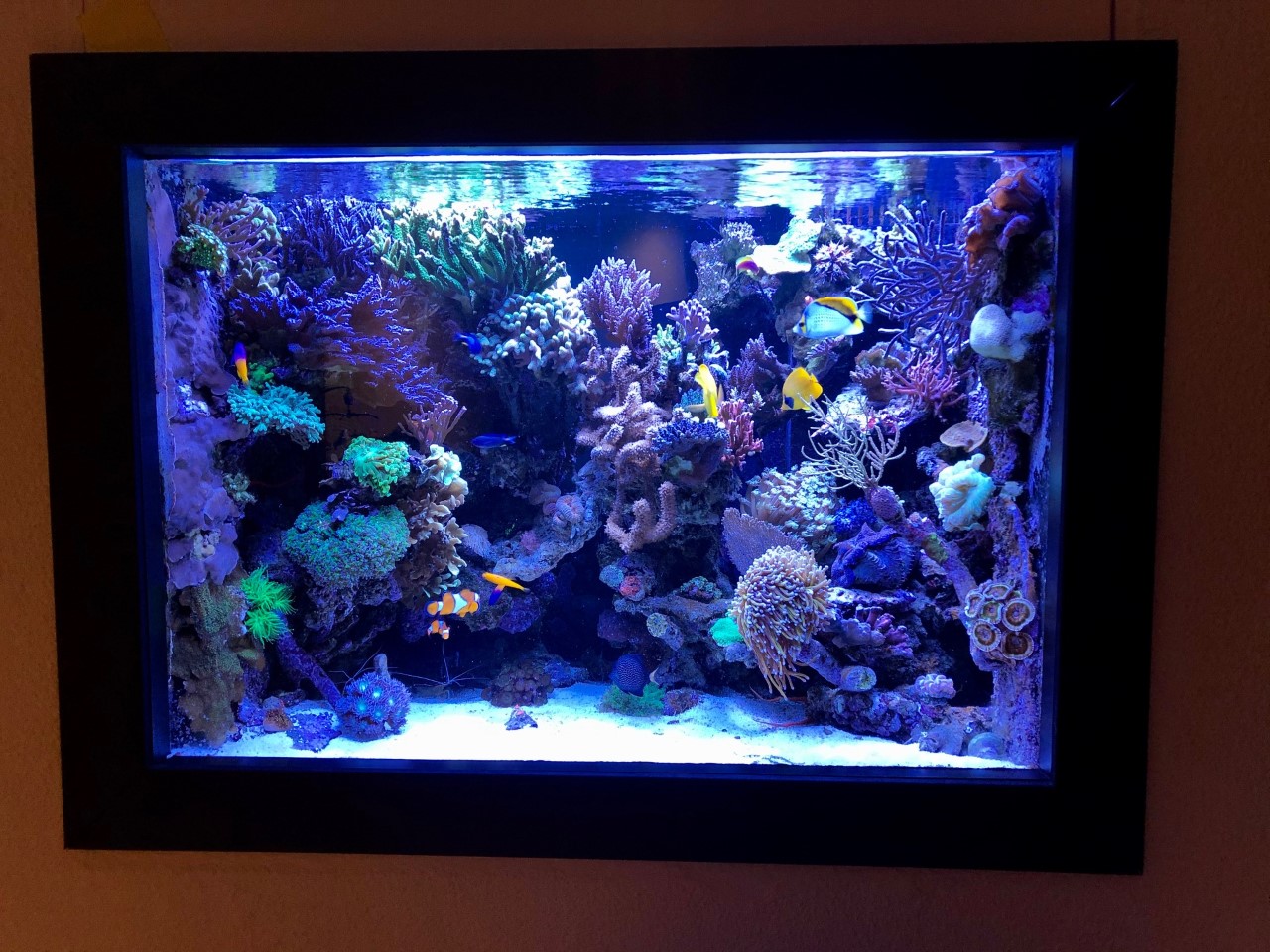 The tank is lit as evenly as it would have been lit with a large bank of T5 units while still featuring some shimmering. Especially when the lights are mounted close to the water surface, this subtle shimmering effect is clearly visible. The effect is not as extreme as with a single point light source such as some clustered led-fixtures or the classic MH/T5 combo.

Another big upgrade to the latest generation of Philips CoralCare is the new controller. Where the previous controller could only be programmed through USB, the new controllers also offer wireless control through an app. This app makes it easy to program the lights using a smartphone, sharing programs from user to user works flawlessly.

The controller is a box that can control up to four units of the same generation. 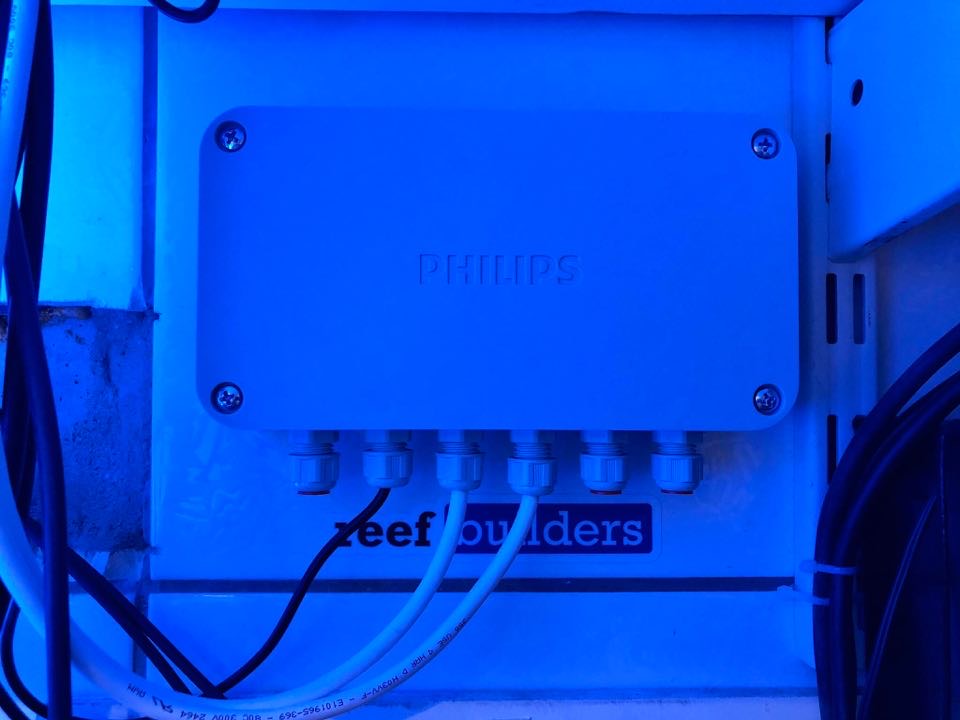 The new Philips CoralCare is called Gen2 and has a maximum electricity uptake is about 170 Watts. The fixture contains 68 LEDs that are driven at 750 mA maximum. Just like the previous versions, setting up and programming is very easy: choose a time point, then choose an intensity and a colour point for this time point. With ease, a lighting schedule can be designed and uploaded to the controller by adding multiple time points. 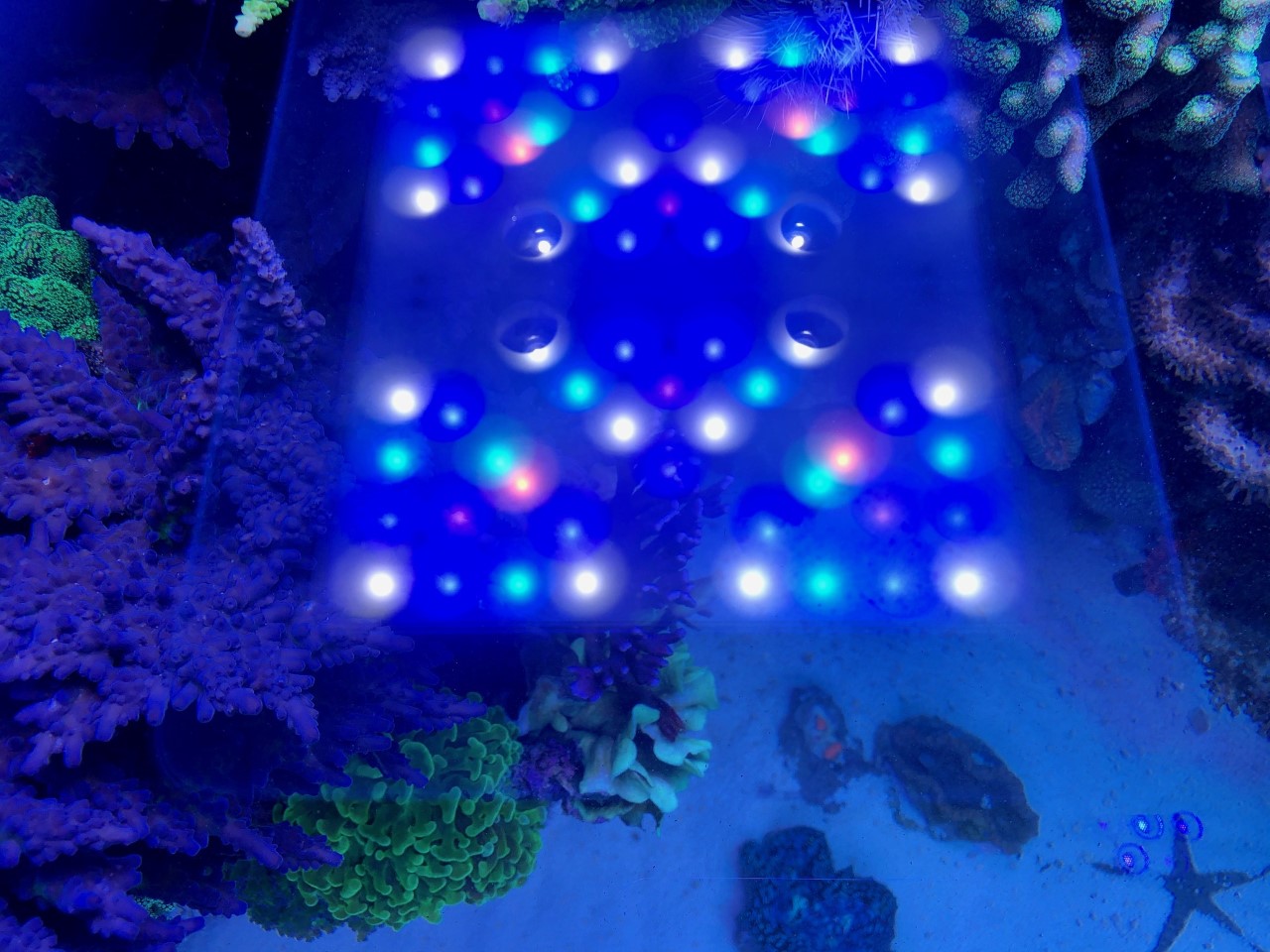 My first experiences with these new CoralCare Gen2 lights are very positive. My main tank is set up according to the ideas described in the books I have published. This tank (measuring 110 x 80 x 70 cm) is lit by two prototypes of the new Philips CoralCare version 2020. These lights supply the animals with enough photons to grow anything I want in any corner of the tank. 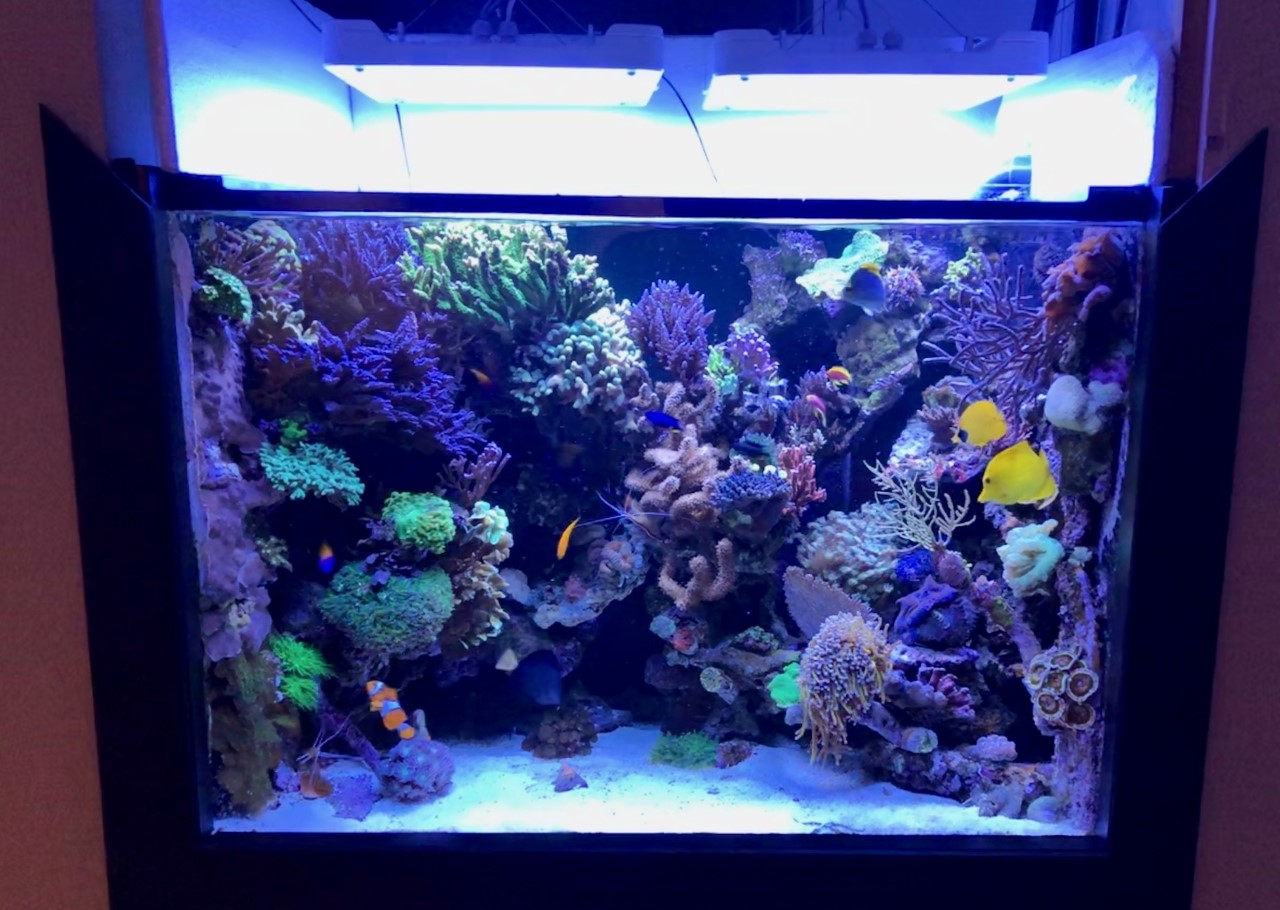 From a visual perspective, the tank is lit from corner to corner. Fluorescence and colour rendering are very good. Compared to most other lights, the lack of fans (that would be noisy and maintenance sensitive) is a relief to the ears. Together with the high-quality pumps I use, the tank produces virtually no noise.

The design of the newest models has an improved spouse-approval factor. These lamps combined with the new wireless controller make a great combination. I can definitely recommend these lights, both for aquarists who keep SPS and LPS. 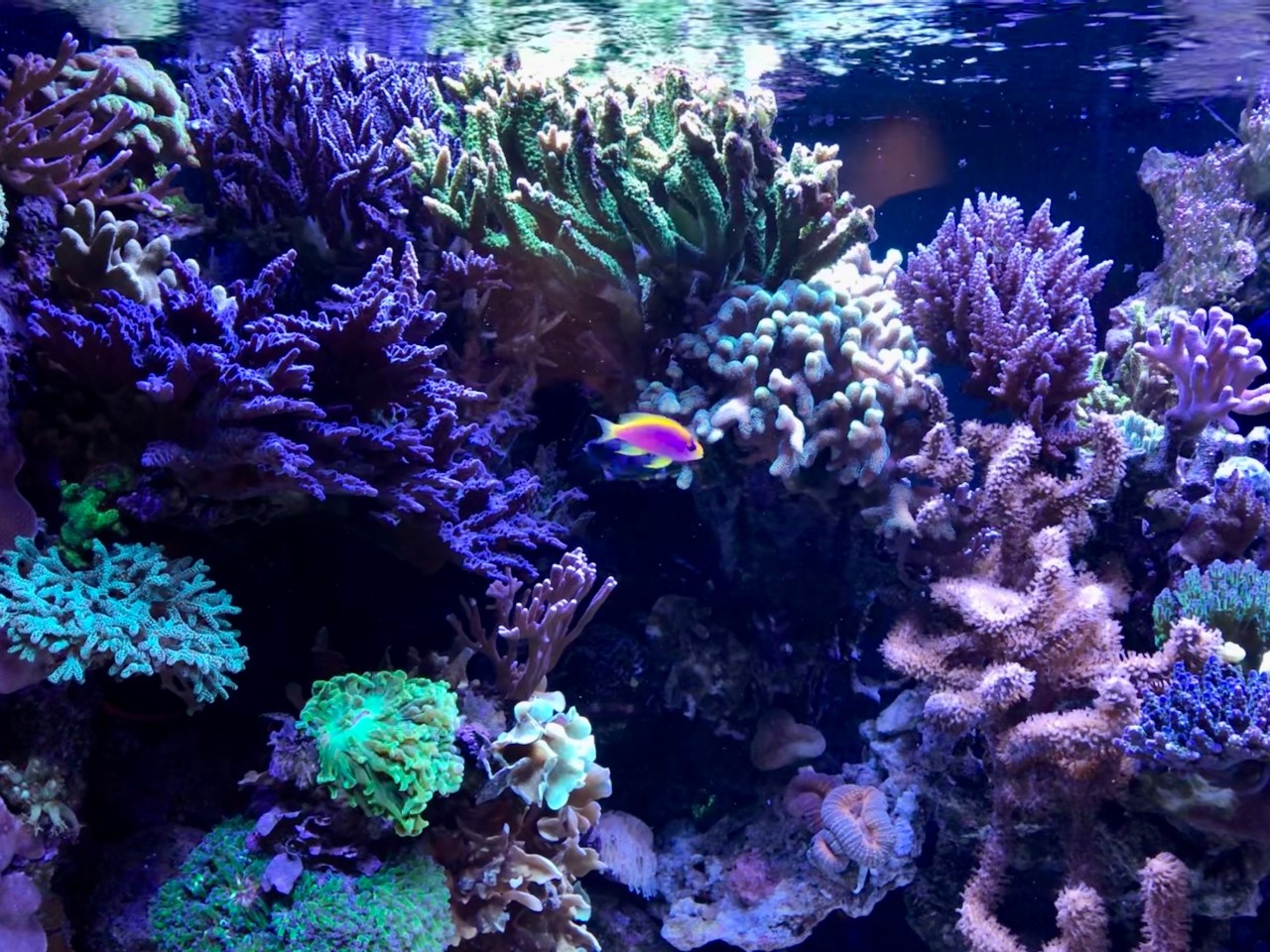 A fun fact is that the idea behind the Philips CoralCare didn’t just come from some marketing guy behind a desk, but from an actual reefer, Luc Vogels. Luc is an Electronics Scientist at Philips and actually keeps a very nice reef tank. Luc told me that the idea of designing a light to grow corals had already crossed his mind.

At Philips, engineers get the opportunity to try out creative out of the box ideas. Of course, not all ideas can be turned into a commercial product, but it is safe to say his dream of designing a successful fixture to light aquaria with corals clearly became true.

Here is a scientific report by Tim Wijgerde PhD on the quality of the light produced by the 1st generation of the Philips CoralCare.