When in the market for a new led light, reading real life user reviews are often at least as interesting as reading about the technical specifications. Because Philips claimed it’s CoralCare LED light will change the way we look at aquarium lighting, it is even more clear that the proof of the pudding is in the eating. This article describes my experiences in using these lights for over five months. 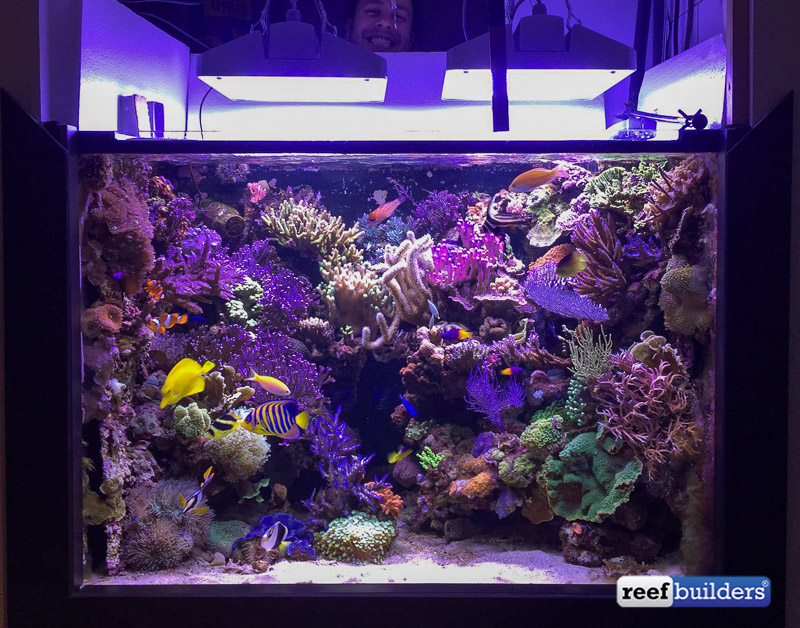 After receiving the CoralCare LED lights, I hung them over my tank and connected them to the CoralCare controller. The manual was clear, and actually not even needed: all components were designed in such a way that many people would be able to install the lights without even reading the manual.

After installing the CoralCare software on my computer and connecting the controller to the computer, the fun could begin! The software comes with a preset program that is actually very useable. But, of course, we all like to tweak… Luckily, changing the color points and intensities during the day was done in a breeze and the controller also allows watching what’s happening in real-time. 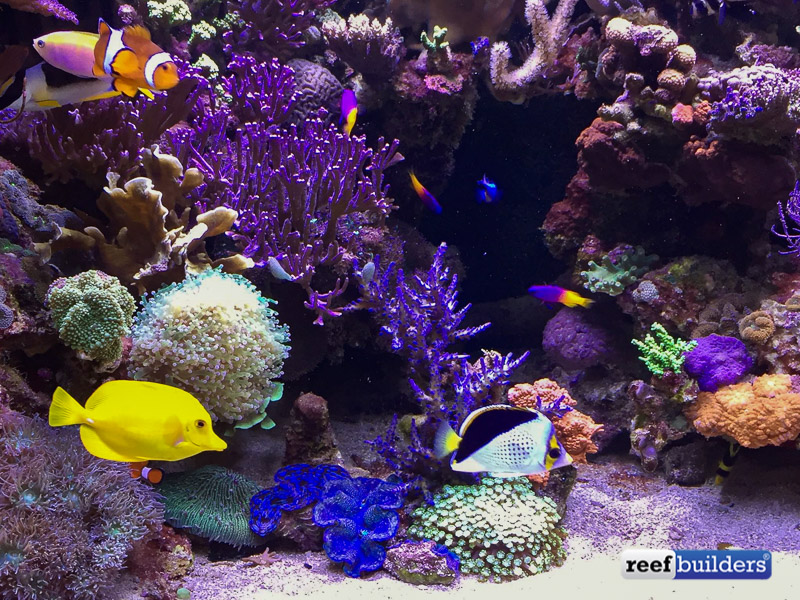 Also, it is possible to run the whole 24-hour cyclus in just a few minutes to avoid any unwanted surprises. The programs can be saved on the computer so they can also be shared with other reefers. The controller can be connected to most aquarium computers as well.

The dimming is not done with pulse width modulation (PWM) as Philips says it is possible frequencies used in PWM might interfere with the photosynthesis in the zooxanthellae of the animals we keep. Any intensity and any color point between ink blue and yellowish 6500 K can be chosen at any moment of the day. 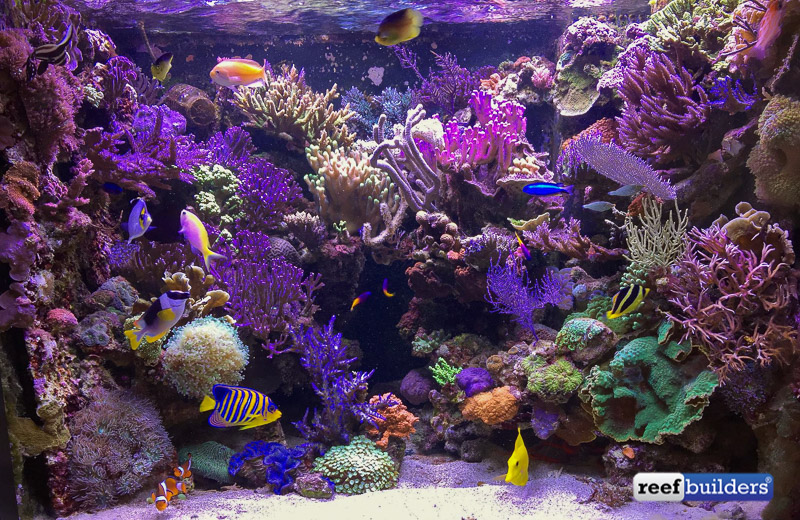 My first impression was that the spread of light is way better than what I have seen from nearly all other LED-fixtures. Only some very wide fixtures such as the Triton LaniLED are comparable. The spread can really be compared to what we’ve all seen from T5-fixtures over the length of the whole tank.

To my personal taste, T5 light is too ‘flat’ without shimmering. The combination of T5 with Metal Halide lights solves that problem. The engineers at Philips found a trick to get really close to this effect: next to offering a very broad spread without any hard shadows the CoralCare light also produces a very nice shimmering effect without any ‘disco ball effect’. 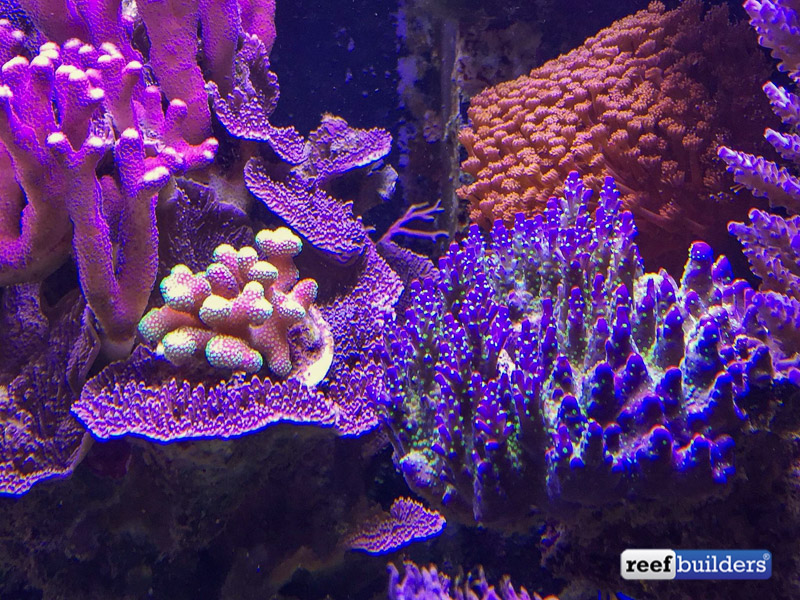 Color rendition is another important factor in aquarium lighting. I must say, I have seen fixtures that made the tank look nice from a distance, but were not able to offer a spectrum that made the inhabitants show their natural colors. Philips did a good job. With this light, the animals show their true colors in a vivid way. Fluorescence of the corals with fluorescent pigments is also good. Coloration of the corals has improved slowly since installing these lights.

Nowadays it is common knowledge that good LED fixtures will grow corals. So will these fixtures in my experience. The takeup of Triton-fluids has slightly increased since I have replaced my previous setup with the CoralCare fixtures. I must say I do not aim for maximum growth, as I just hate pruning. 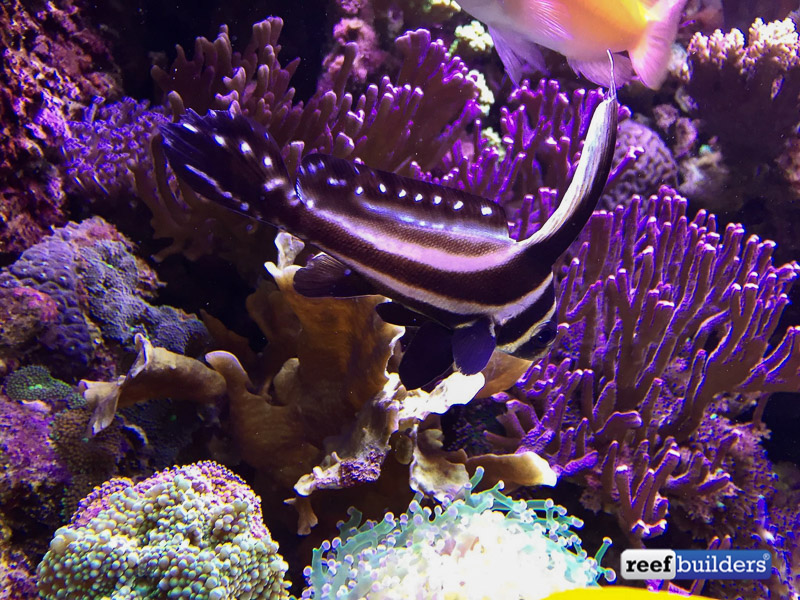 Growth in my tank is partially stunted by the presence of certain fish that aren’t entirely reef safe (Chaetodon mitratus, C. tinkeri, Pygoplites diacanthus, a pair of Centropyge colini and a pair of Oxymonacanthus halli). These fish also pick at the corals and thus limit their maximum growth.

I assume that when placed over a tank with a more coral-friendly fish population, the true growth-power of these lights will be unveiled. I do see a lot of new growth tips in my tank since installing these lights. I have not seen any negative reactions on any of my animals.

As mentioned in my previous article about the Philips CoralCare LED, there are no fans so the lights are completely quiet. I must say that after having had tanks with humming MH-fixtures, T5-fixtures with noisy fans and LED-fixtures having multiple fans on the fixtures and on the drivers, it really is a relief that these fixtures are completely silent. 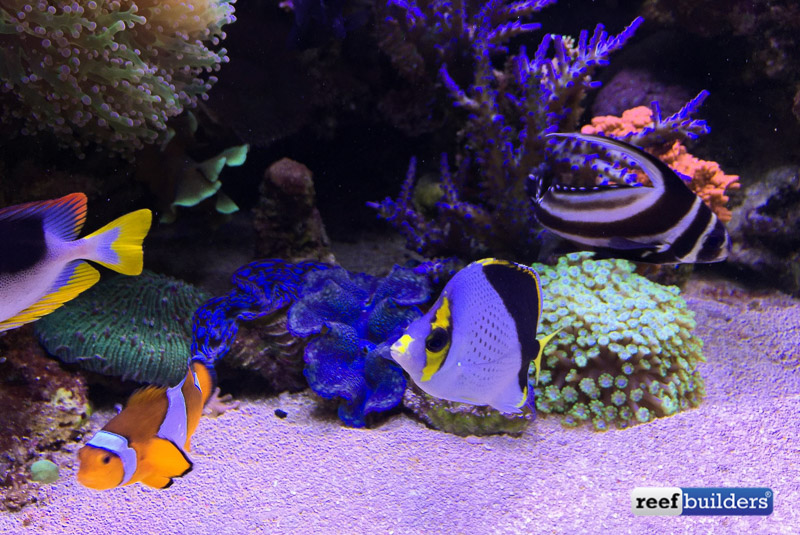 I have installed these lights on June 20th of this year. Reefer friends that visit me say that the tank looks better than before and that the new lights are mimicking the trusted T5-MH-combination very well. My tank measures 110 x 70 x 80 cm and is lit very well from corner to corner.

I feel that these lights are capable of lighting a bigger area but due to the way I have built my reefscape, one light would not be able to light the tank as even as these two. Demanding sps and Tridacnid clams do very well on the bottom of the tank with a water level of nearly 80 centimetres. I think that a few pictures speak more words than you would want to read 😉