Red Sea cams haven’t been in the aquarium hobby for over two decades but at long last, they have begun spreading around Europe through Dejong Marine Life and America via ACI Aquaculture. The three species from the fabled Red Sea that are being made available through aquaculture in Egypt include Tridacna squamosa, T. maxima, and the endemic T. squamosina.

We haven’s seen enough Red Sea Squamosa clams to make any substantial observations so we’ll have to revisit this particular locality for this large-growing species. We did receive one very odd specimen however, pictured above, that has a remarkable pattern hinting at some accidental cross-pollination with maxima. 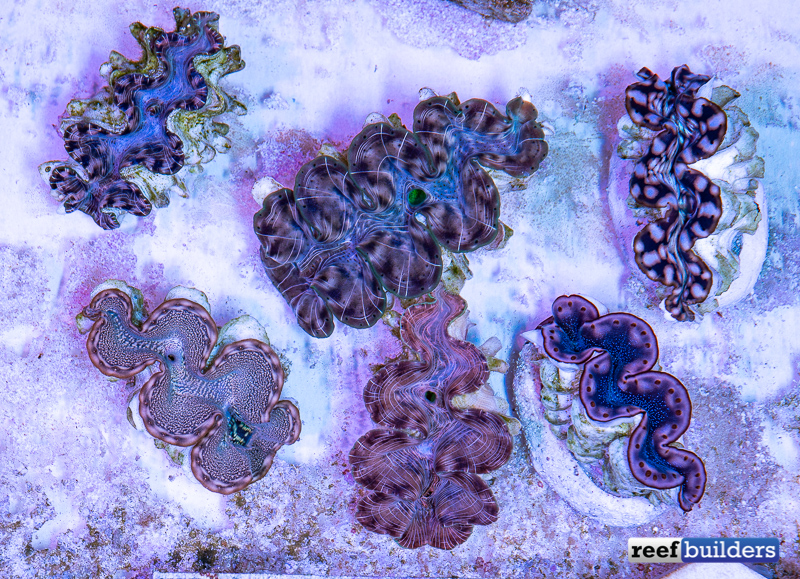 Without enough experience at what Tridacna squamosa looks like from the Red Sea, it’s presumptuous to make any definitive conclusions until we get to see more examples. But with that caveat it’s safe to say that whatever this calm is it’s a real stunner with an eye-catching mantle from across a room. 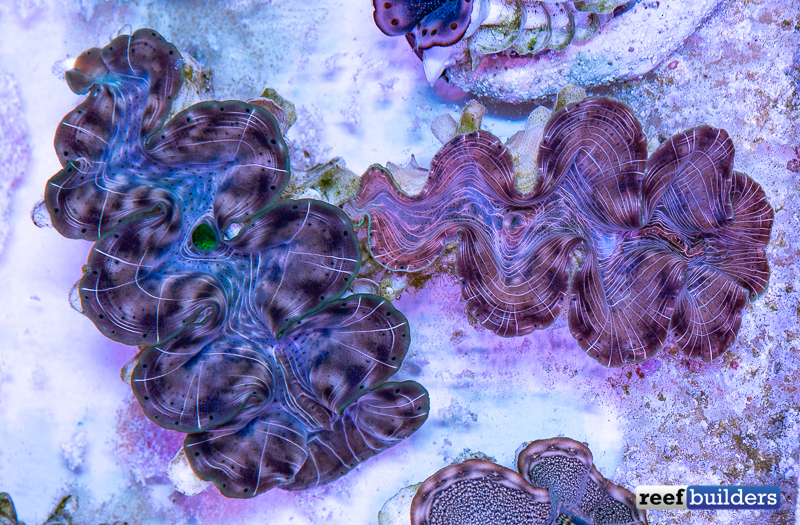 But what is really novel for us, and just about anyone receiving these in the last few months, are the very different Tridacna squamosina clams, which are making their aquarium debut for the first time in history. Since this is the first time we’re seeing these we are surprised at the variability within this species that images struggle to represent.

The brownish specimen of Squamosina has a surprising blue interior to its mantle, and just enough thin white stripes to be recognized as a squamosina. The other specimen is a light orange-brown in color with many thin stripes that have an indeterminate color between orange and pink, and brighter everyday. It also has a thin green perimeter but not as vivid as the larger bivalve although we expect this feature to become more prominent as the clam settles in.

However the Red Sea maximas are a variety that we are familiar with, since these used to be present in the aquarium hobby in the early nineties, and are thoroughly documented in the first generation of reef books by Sprung, Nilsen and others. But if you’re looking to cop some Red Sea maximas expecting them to be as flamboyant as Tuamotu specimens, you should look elsewhere. 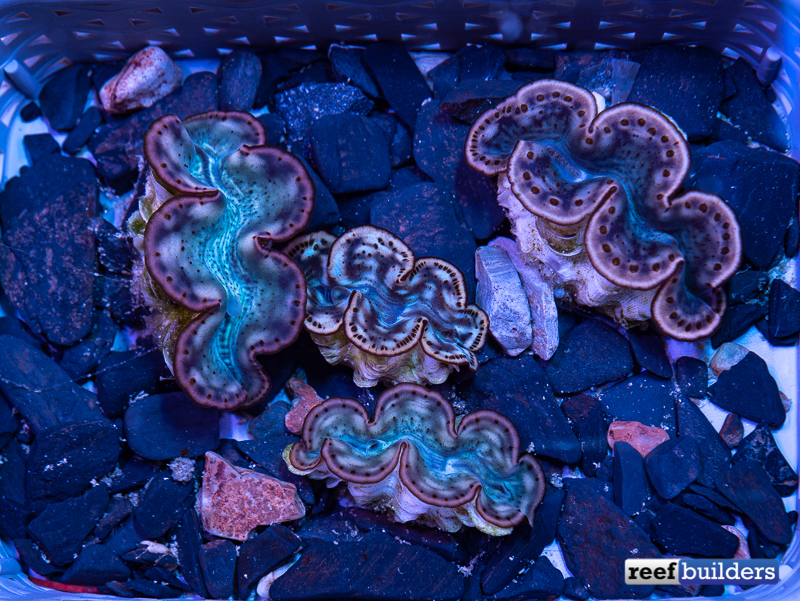 The smaller maxima clams from the Red Sea don’t give up their colors so easily, but they are developing and conditioning into very nice bivalves. The huge iridophores (eyes) of these Maximas look very different than those seen in other parts of the world, but the really unique feature is the bright golden edge of the mantle that we’ve long associated with this part of the world.

It’s important to remember that Tridacna clams have virtually no fluorescent colors, but they are packed with some of the brightest chromatic pigments which look best under broad spectrum white light. Unlike the Pacific cultured clams that arrive at wholesalers and LFS within days of their departure, the Red Sea clams have a much longer journey to America, and deserve a little more TLC to get acclimated back into show condition.

If you’re the kind of reefer that needs instant gratification with retina melting fluorescent colors, these are not the bivalves you are looking for. The Red Sea clams are a different breed that deserve the care and attention of a true giant clam aficionado.

Although we already have ten, we’re won’t stop growing our bivalve colony because there’s no guarantee that Red Sea clams will continue to be available in the future. However from what we’ve seen we have confidence that the Red Sea Maxima and Squamosina will develop into show stopping colors and patterns the likes of which we’ve never seen before.

Xanthic Koran Angelfish is Doing Its Best Impersonation of a Clarion